While hunger has no boundaries, it does impact some communities more than others. African Americans are disproportionately affected by hunger and poverty.

*Thirty-six out of the 90 majority African-American, non-Hispanic counties that fall into the top 10% of counties with the highest rates of food insecurity also have food costs that are greater than the national average of $3.00; the average cost per meal in these counties is $3.14. 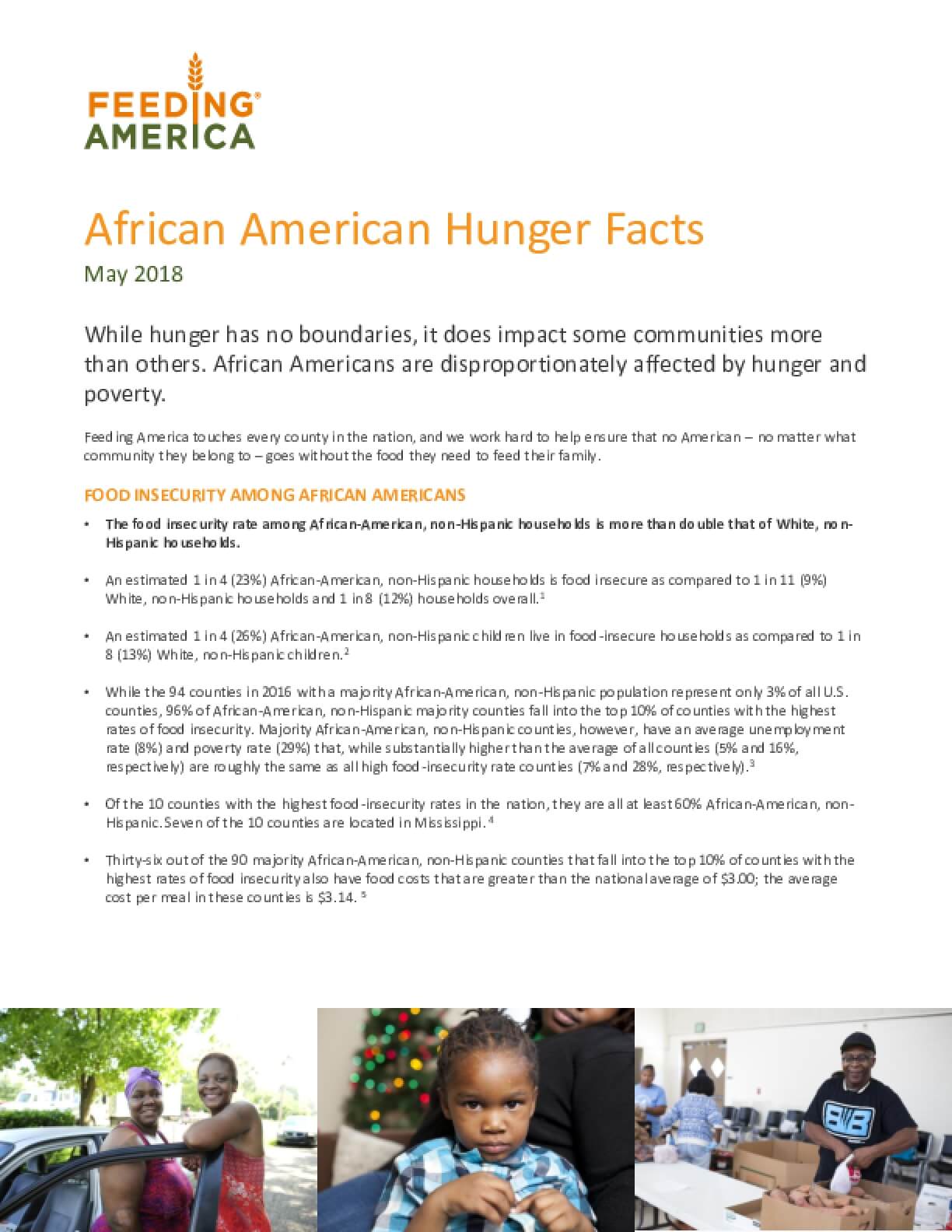