The Great Recession created fiscal challenges for the 30 cities at the centers of the nation's most populous metropolitan areas that continued well past the recession's official end in June 2009. For most of these cities, the fiscal brunt was borne later than for the national and state governments and recovery has been slow.


Cities dealt with fiscal strain in a variety of ways: dipping into reserve funds, cutting spending, gaining help from the federal or state governments, and increasing revenue from tax and nontax sources. Although these strategies offered short-term solutions, many cities still faced declining revenue in 2011, the consequence of reduced spending, shrunken reserves, and rising pension and retiree health care costs.


Property taxes, which can be slow to respond to economic swings, helped delay the early fiscal effects of the Great Recession for most of these cities, but they began to decline in 2010, reflecting a deferred impact of the housing crisis. This trend was compounded by increasingly unpredictable aid from states and the federal government that were dealing with their own budgetary constraints.


Researchers from Pew standardized data from the Comprehensive Annual Financial Reports from 2007 through 2011, the latest year of complete data available, for all of these 30 cities. This report examines key elements of each city's fiscal conditions, including revenue, expenditures, reserves, and long-term obligations, and adjusted them for inflation to facilitate comparison across the years. These adjustments allow insight into fiscal trends across cities and over time. Direct comparisons between cities may be limited, however, by differences in cities' tax structures and the range of services each city provides 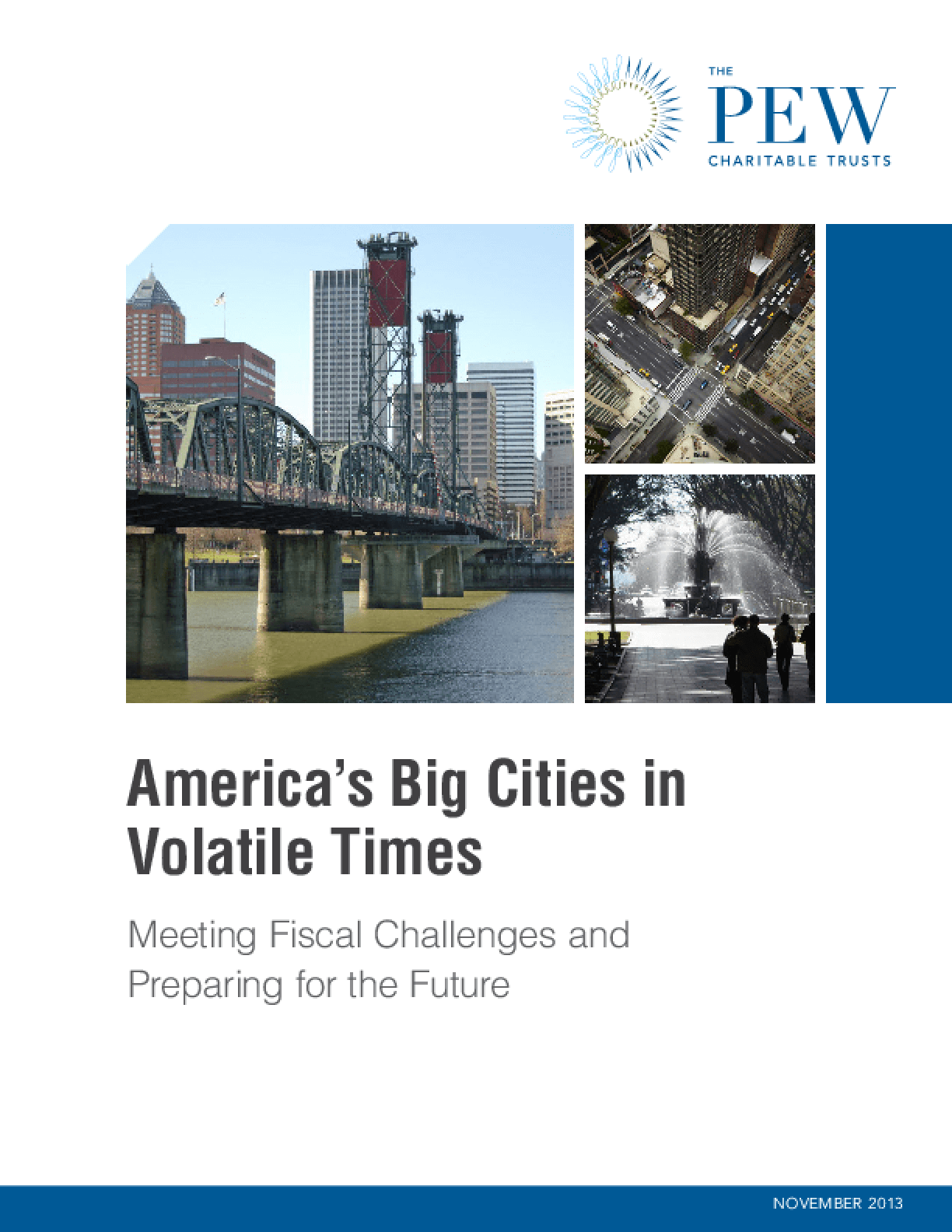