When the Ford Foundation entered India in 1951, its focus was overwhelmingly rural. As its presence expanded over time, it branched out to other areas such as education and culture, small-scale industrial development, manpower and management, population control and family planning, and technical training. Historians of development and U.S. foreign relations have over the past decade explored various facets of the foundation's activities in India. However, thus far, its role in the urban sphere in India and perhaps even globally has not received much scholarly attention. I began my research at the Rockefeller Archive Center in September 2017, with the intention of studying a very specific urban project in India: the Ford Foundation's planning assistance to Calcutta (now Kolkata) from 1961 to 1974, then India's largest and industrially most important city. Given the lack of secondary references on this topic, I came in with some basic questions. 1) Why did the Ford Foundation get involved in Calcutta's urban renewal project? 2) What was the nature of the Foundation's involvement? More specifically, was it a grant for training or simply a planning program? At that stage in my dissertation research, I had hoped to have a chapter on the Ford Foundation and use it as a contrast to study the response of locally-based Indian and British businesses to Calcutta's civic and infrastructural problems, which had started to make international headlines by the late 1950s. In fact, my main focus was on Calcutta's businesses. However, as I will chart out in this report, the archival materials at the RAC persuaded me to reorient and broaden my core research questions and framework. 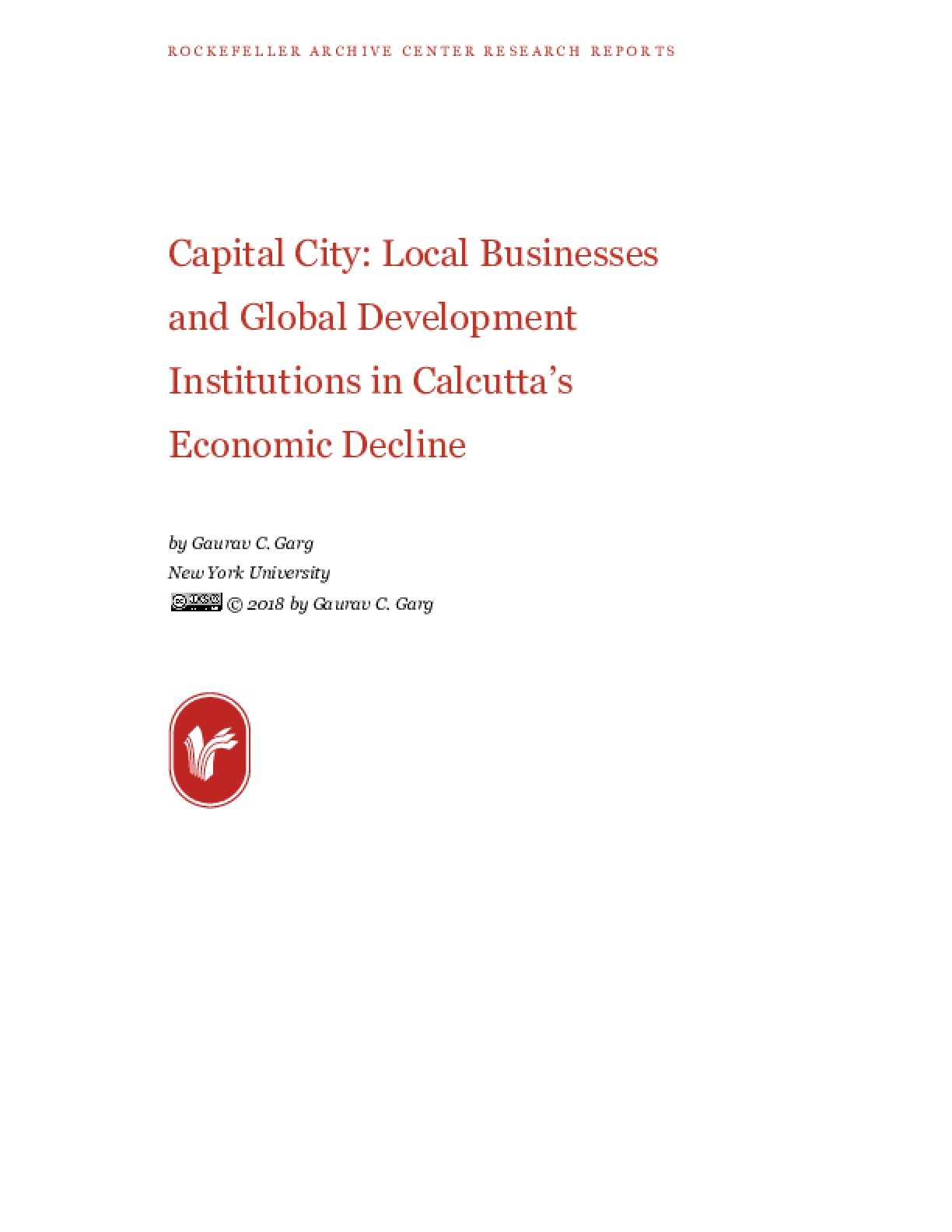