Change the Story, Change the Future: Insights and Action Guide

Echo Hawk Consulting co-led the largest formative research project ever conducted by, for, and aboutNative peoples - Reclaiming Native Truth*. The research pointed to the invisibility and false narratives thatexist about Native peoples across major sectors of society. It was the first step in launching IllumiNative,a Native-led non-profit, that is using the research as a road map of action to change the narrative aboutNative peoples in pop culture, media, k-12 education, and other critical sectors through the use of highimpact communication campaigns and initiatives. Key insights about the findings follow.We are fighting for a future where the self-determination of Native peoples and tribal sovereignty arerespected and supported; where equity for Native peoples is achieved; where Native communities areflourishing and recognized as vital to the fabric of this country; where Native languages are thrivingand cultural practices are valued; where Native children, families, and communities no longer face thedevastating effects of discrimination and racism; and where Native peoples shape, author, and controltheir own narrative. 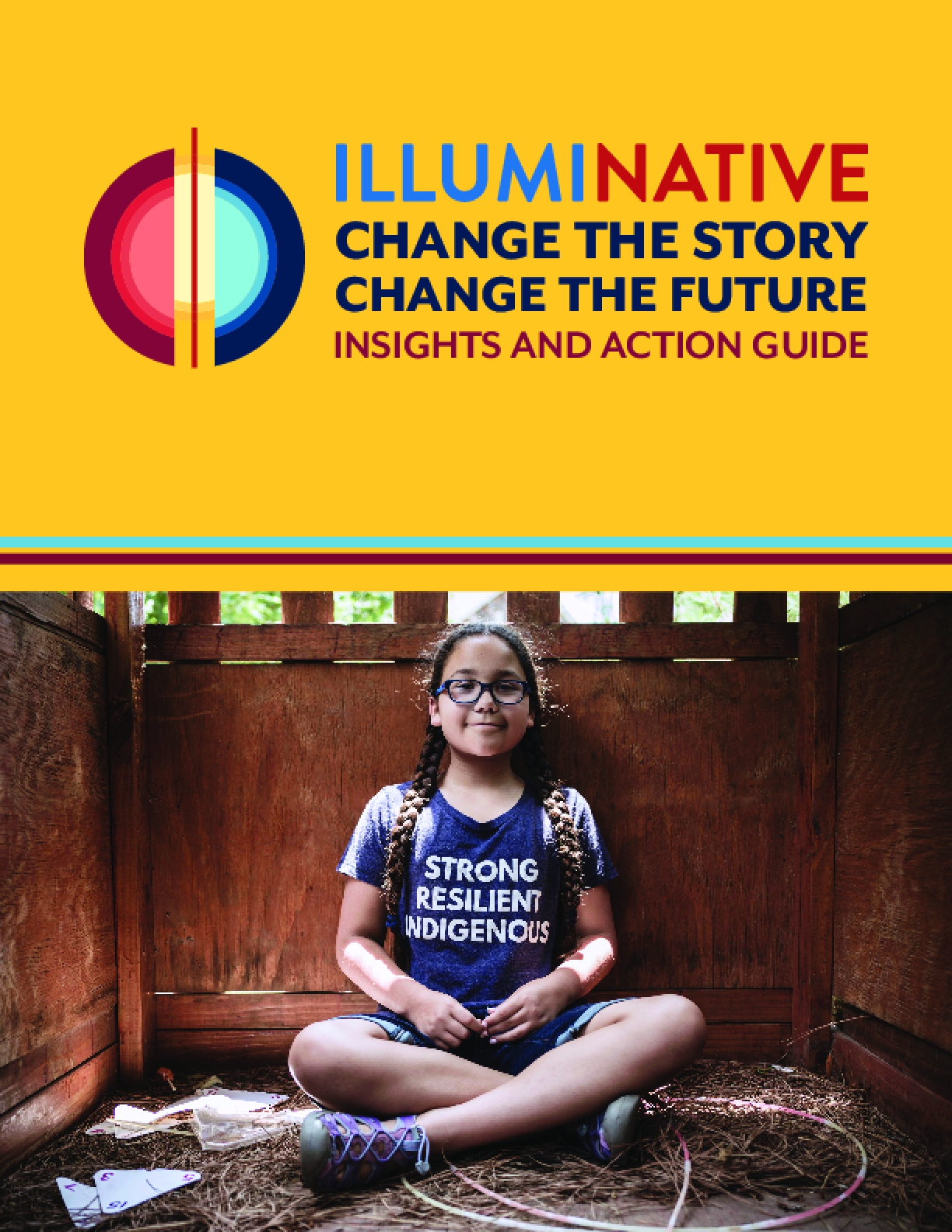