Evaluation of the Community Safety Initiative: Assignment of RAPID Co-ordinators

The Revitalising Areas by Planning, Investment and Development Programme (RAPID) was a local development initiative to counter disadvantage in local communities and was co-ordinated by local authorities. In 2011, the Childhood Development Initiative (CDI) entered a partnership with South Dublin County Council (SDCC) to assign some of the RAPID staff to implement the Community Safety Initiative (the Initiative). The assignment of RAPID Co-ordinators (RCs) added a key strategic dimension to the work of CDI.

The Community Safety Initiative has had two phases: from 2009 to 2011 which was evaluated by a research team from the National University of Ireland, Galway (Kearns, et al, 2013); and the second involved the assignment of the RCs to implement the Initiative in two pilot sites in Tallaght West from May 2011 to June 2012. The current report is concerned with the second of these two phases. The key goal of CDI in this phase was to mainstream the Initiative with a statutory partner. In this context the Initiative was founded upon a memorandum of understanding between CDI and the South Dublin County Council (SDCC).

The evaluation is primarily concerned with this mainstreaming process and to identify the lessons learned in policy and practice terms. Dr Matt Bowden, Lecturer in Sociology at Dublin Institute of Technology and researcher at the Centre for Social and Educational Research was commissioned to conduct the evaluation. 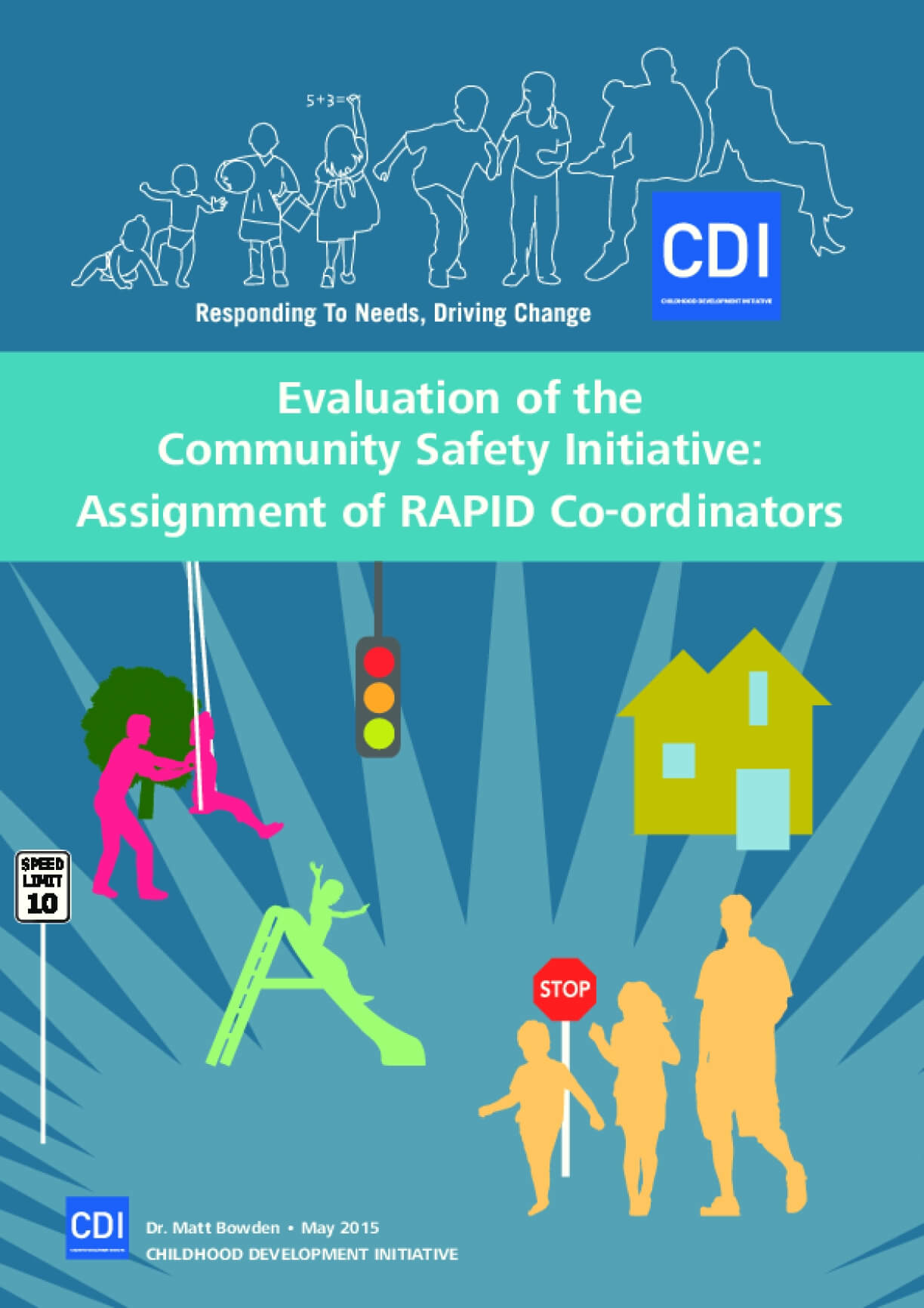