The 116th Congress is weighing potential policy mechanisms to reduce the impact of climate change and cap global warming to an internationally agreed upon target of no more than 2 degrees Celsius (3.6 degrees Fahrenheit). As a result, fossil fuel tax subsidies, as well as other mechanisms of support, have received additional scrutiny from lawmakers and the public regarding their current suitability, scale and effectiveness. Indeed, the subsidies undermine policy goals of reducing greenhouse gas emissions from fossil fuels. 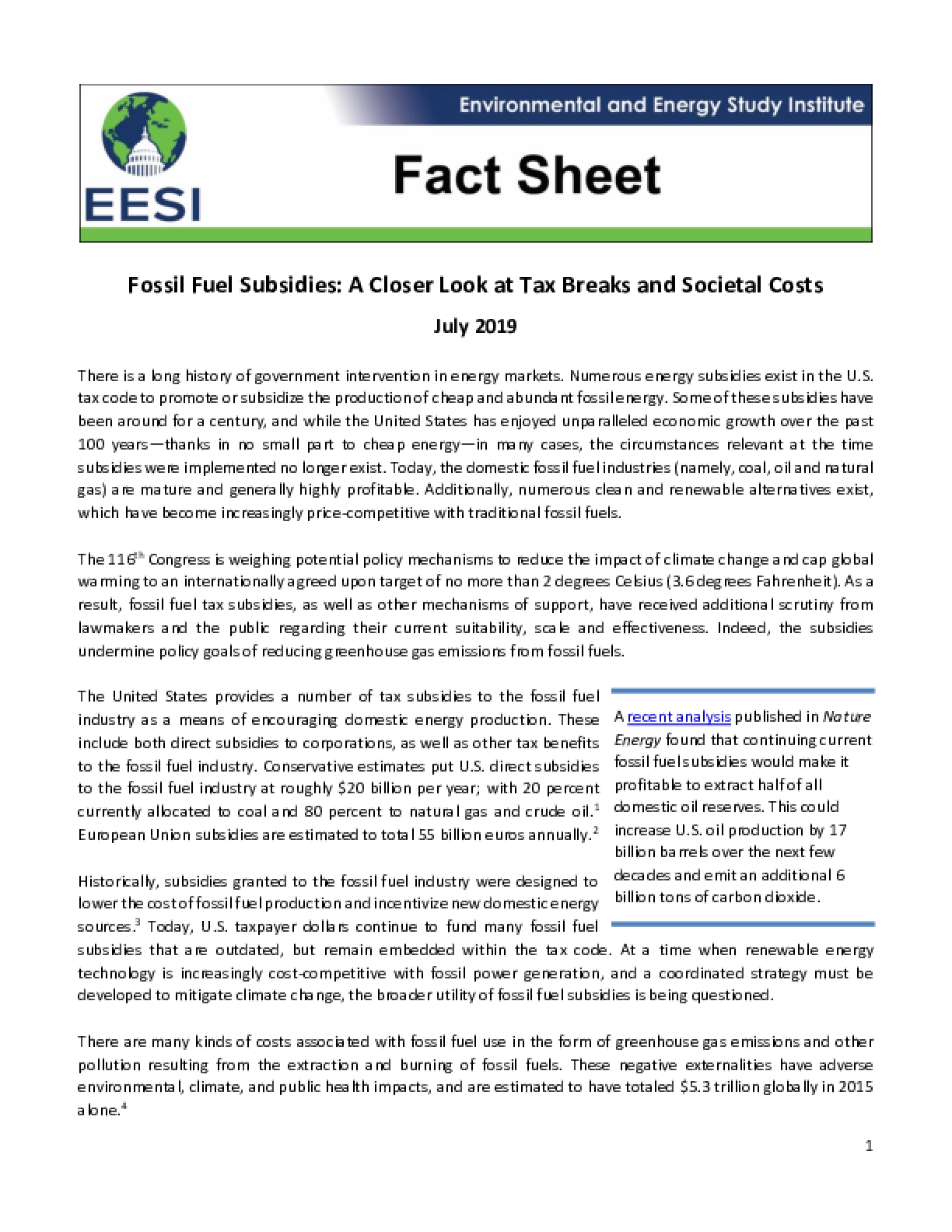