As the state budget impasse nears its six-month mark, the State of Illinois has accumulated $107.8 million in 7 dedicated funds to create affordable housing and end homelessness according to a report released today. However, these funds -- such as the Illinois Affordable Housing Trust Fund and federal HOME Investment Partners Program funds -- cannot be spent without approval by the General Assembly and Illinois Governor Bruce Rauner. These 7 dedicated funds -- 6 state funds and one federal fund -- have their own revenue sources and are separate and apart from General Revenue Funds (GRF) collected from income taxes and other revenue sources. Spending these dedicated funds would not increase the state budget deficit. Based on the budget passed by the General Assembly in May 2015, the report estimates that resources from these dedicated funds and a small amount of GRF could: The programs not being funded include homeless prevention grants, emergency shelters and foreclosure prevention counseling. The housing units are primarily permanent supportive housing for people who were formerly homeless. 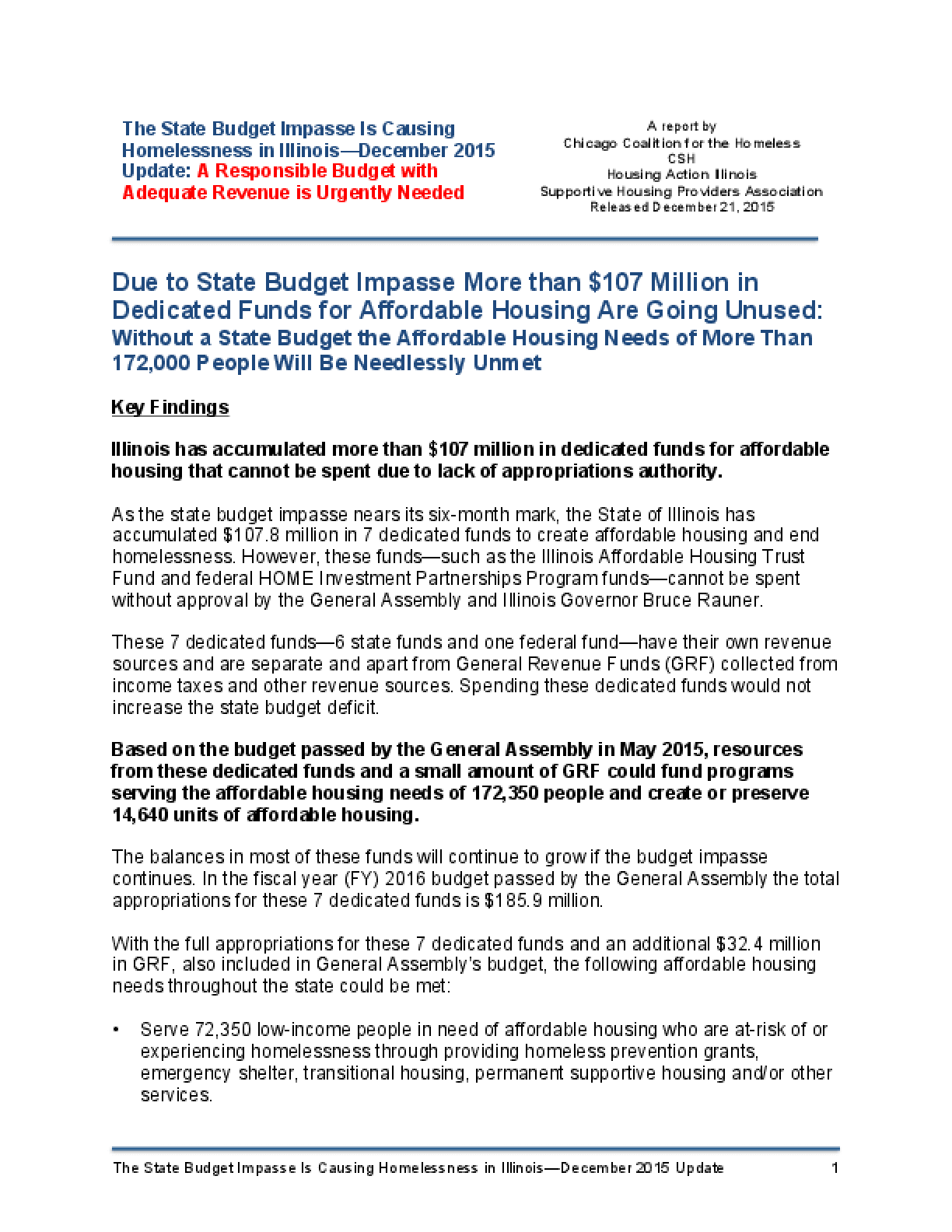