In 2008, Lumina asked SPEC Associates (SPEC) to evaluate the foundation's grant making aimed at improving the productivity of higher education through statewide policy and program change. The initiative was initially known as Making Opportunity Affordable and later became known more broadly as Lumina's higher education productivity initiative. Eleven states received planning grants in 2008 and a year later seven of these states received multi-year grants to implement their productivity plans. In 2009, Lumina published Four Steps to Finishing First in Higher Education to frame the content of its productivity work. In 2010, the foundation, working with HCM Strategists, launched the Strategy Labs Network to deliver just-in-time technical assistance, engagement, informationsharing and convenings to states. Lumina engaged SPEC to evaluate these productivity investments in the seven states through exploring this over-arching question: What public will building, advocacy, public policy changes, and system or statewide practices are likely to impact higher education productivity for whom and in what circumstances, and which of these are likely to be sustainable, transferable, and/or scalable? 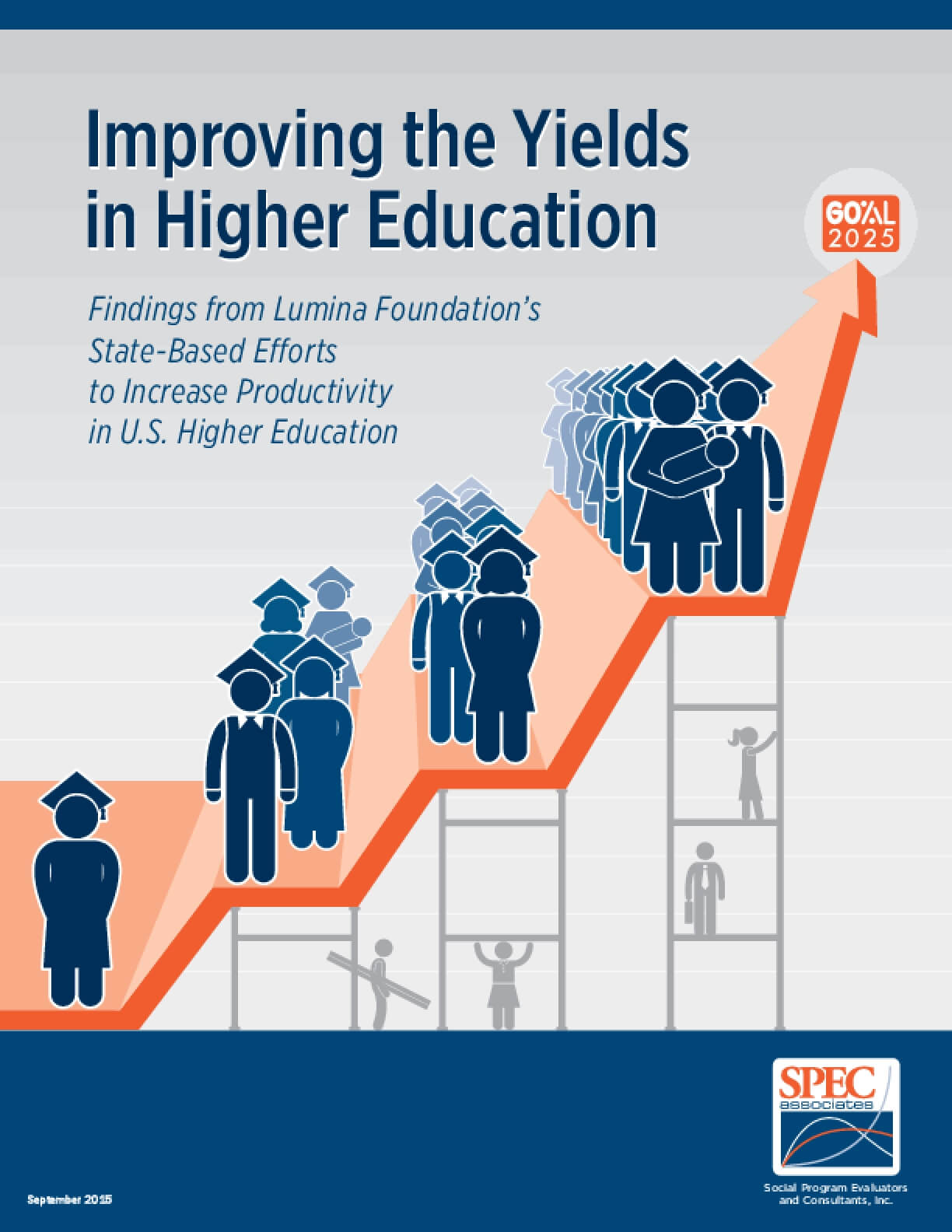