When including all care related to a hospitalization—for example, a knee or hip replacement—the price of the initial inpatient stay explains almost all of the wide variation from hospital to hospital in spending on so-called episodes of care, according to a study by researchers at the former Center for Studying Health System Change (HSC) based on 2011 claims data for 590,000 active and retired nonelderly autoworkers and dependents. For example, average spending for uncomplicated inpatient knee and hip replacements ranged across 36 hospitals from less than $17,500 to $37,000 for an episode of care that included all services during the inpatient stay and all follow-up care within 30 days of discharge. The pattern of spending variation for knee and hip replacements held true for other conditions, with hospital inpatient price differences accounting for the vast majority of spending variation rather than differences in spending on physician and other non-hospital services during and after discharge or spending on readmissions. Moreover, hospitals' case-mix-adjusted relative spending per episode for different service lines—for example, orthopedics and cardiology—tend to be highly correlated with each other. Understanding why spending for episodes of care varies so much among hospitals can help private purchasers accurately target ways to control spending. This study's findings—inpatient prices drive the bulk of episode-spending variation and hospitals with high spending for one service line tend to have high spending for other service lines—indicate that private purchasers can focus on hospitals' overall inpatient price levels rather than pursue bundled payments for episodes of care or service-line-specific purchasing strategies. 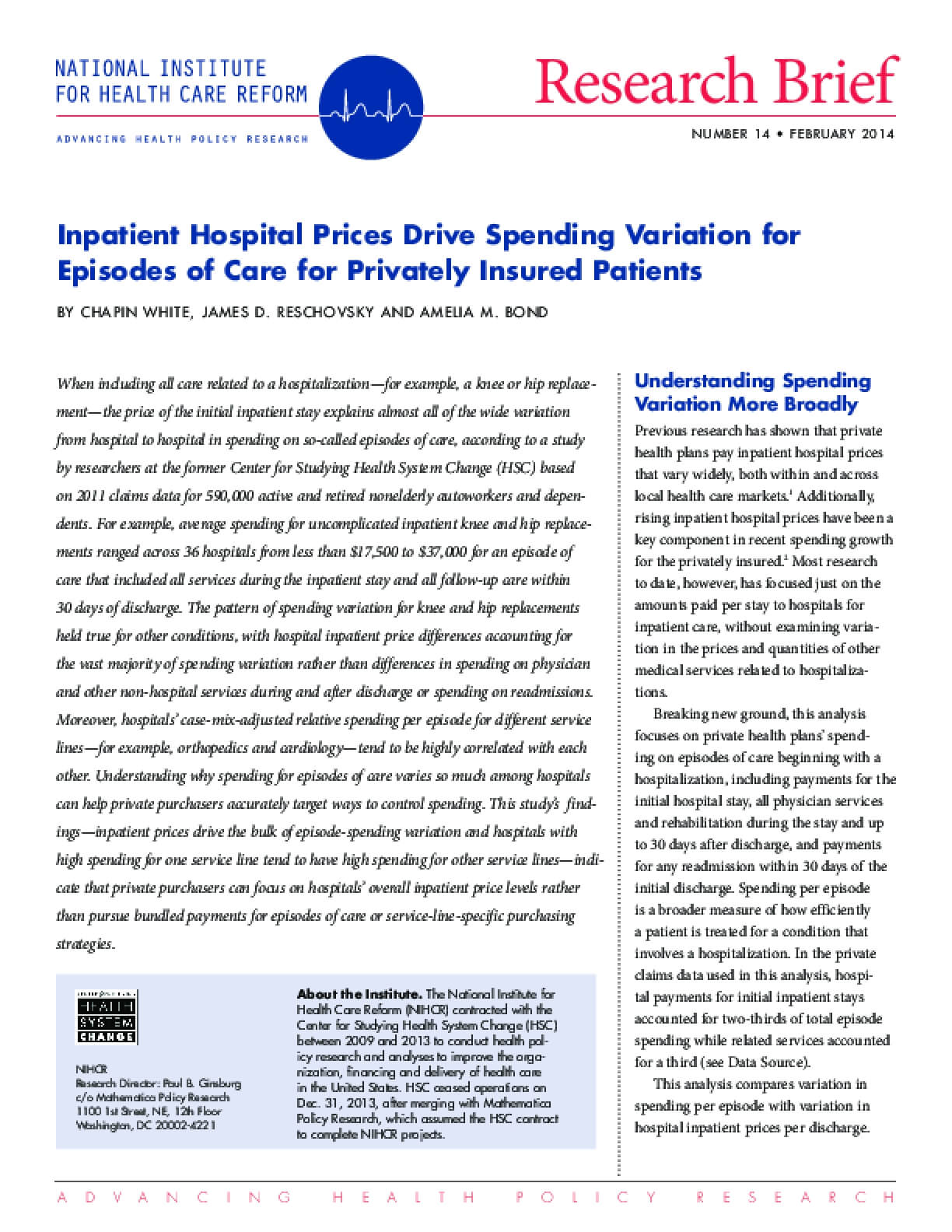