The numbers of poor and near-poor Jewish households, the enormous increase in the number of these households over the past 20 years, and the diverse groups affected by poverty create an imperative for an extraordinary response -- from government, the voluntary sector, the philanthropic sector, and all segments of society. These findings suggest that the organized Jewish community needs to take a hard look at current planning, advocacy, service delivery, and resource investment. 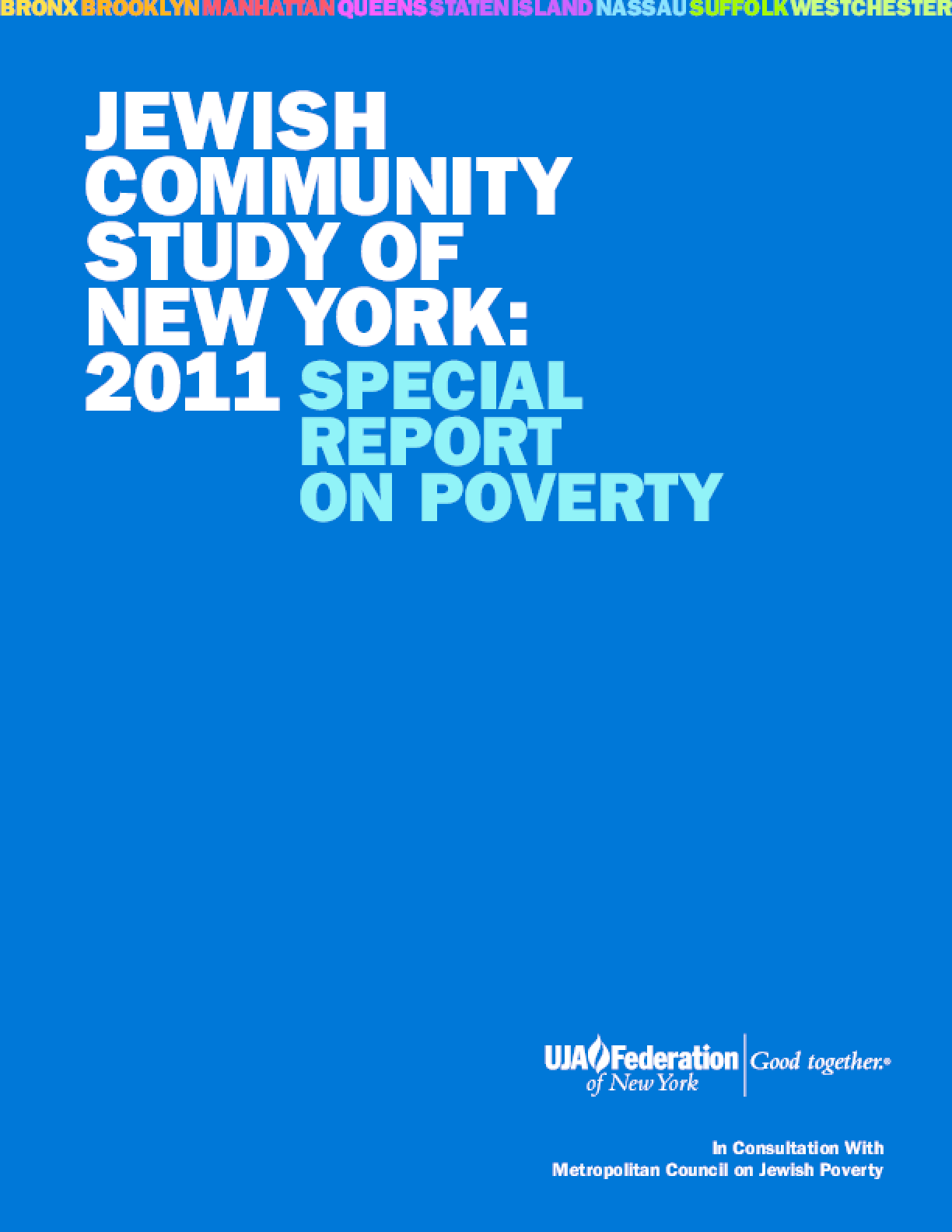