Kazakhstan has travelled a long and sometimes difficult road in the years since independence in 1991. From being largely isolated from the world outside the Soviet Union, globalization has taken hold at an increasingly fast pace. Today, numerous international flights bring in still larger numbers of visitors -- be they businessmen, tourists or locals returning from studies or work abroad. The internet age is slowly reaching even the most outlying parts of the country, bringing with it new impulses and perspectives to a young population that grew up after the Soviet era.

While the ongoing integration of Central Asia into the global scene involves rapid change on many levels, certain areas are still left behind. It is not unusual for the population to be without electricity and gas during severe winter frosts. Bureaucracy too, retains much of its post-Soviet legacy, as do the attitudes of some government officials and key decision-makers. National economic indicators are not always consistent with the reality of those struggling to get by in the cities and villages dotting Central Asia's vast landscape.

As the economic leader of the Central Asian region and the country most strongly tuned in to the global diplomatic and business communities, Kazakhstan carries a particular responsibility to respect, and indeed to promote, human rights and democratic principles.

However, while working along an ambitious program for planned future achievements both on the domestic and international arena, Kazakhstan has seen several major steps backwards in the area of human rights over the past two years.

Following the tragic events in Zhanaozen in December 2011, when at least 16 strikers were shot and killed by government forces, authorities cracked down on selected opposition leaders such as Vladimir Kozlov of the Alga political party, sentencing him to seven-and-a-half years' imprisonment for his alleged involvement in the strikes. Soon after, the offices of Alga were closed down by authorities, followed by charges of extremism against independent and opposition media outlets, many of which were closed down by court order.

As a result, Kazakhstan is currently economically strong, but suffering a bleak media scene, a lack of real political pluralism and a widespread disillusionment as to Kazakhstan's commitment to human rights.

The following report summarizes some of our current concerns with regards to freedom of expression, freedom of assembly and freedom of religion or belief. It also brings the perspective of one of Kazakhstan's most respected writers on current affairs, Sergey Duvanov, in a special article for the 2013 Human Dimensions Implementation Meeting in Warszaw. Other texts were prepared by Ivar Dale (NHC) and Viktoria Tyuleneva (FH). 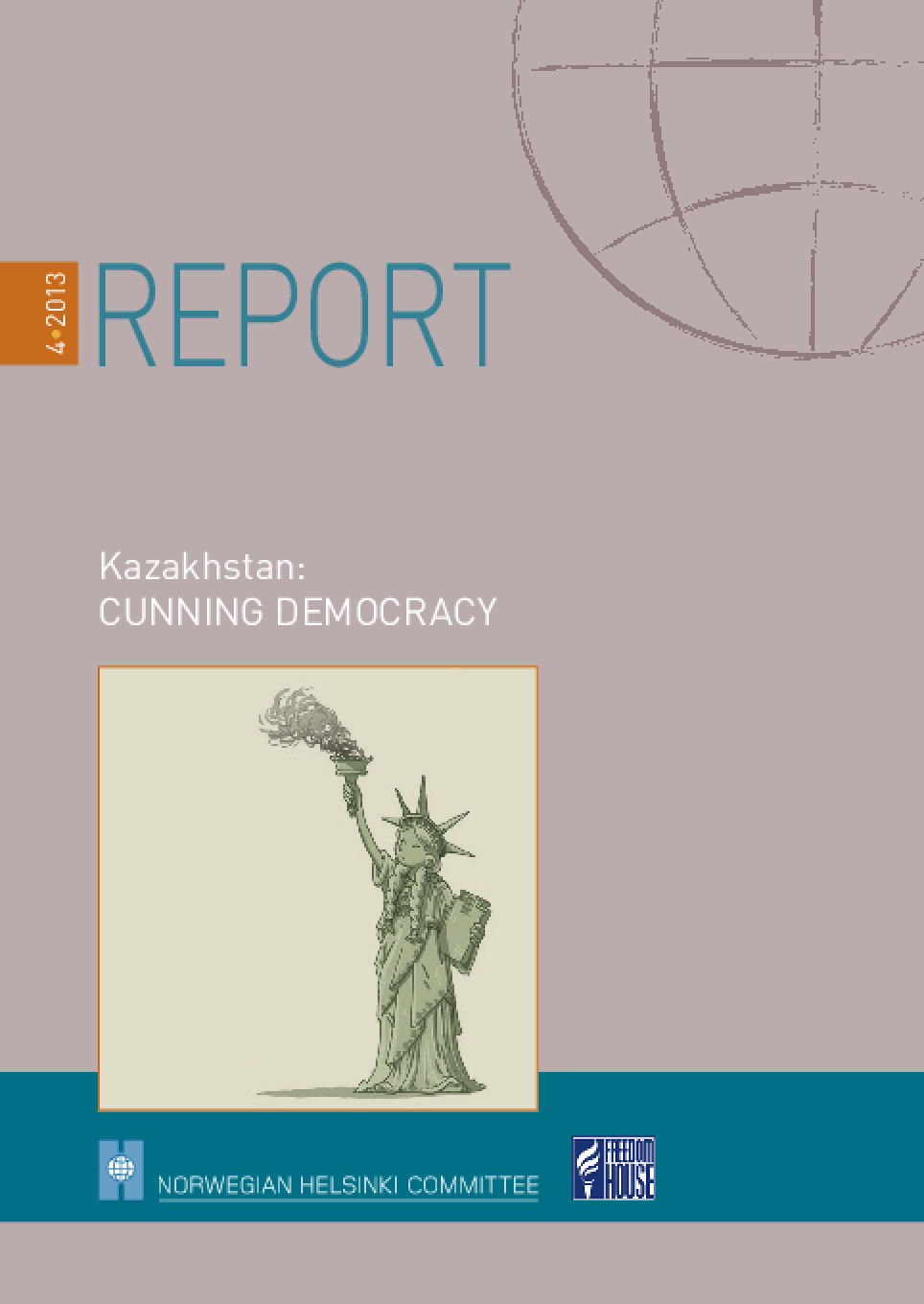