This memo estimates the impact on children and the cost to the State of Kentucky of Senate Bill 68, "The Child Welfare Adoption Act," which would prohibit unmarried cohabiting couples -- including both different-sex couples and same-sex couples -- from fostering or adopting children. We use past data to estimate the number of children in foster care who were placed with unmarried couples as a way to estimate the number of impacted children in the first year the proposed legislation would take effect. Prohibiting unmarried couples from fostering or adopting would reduce the number of foster and adoptive families available to care for the 7,027 children currently in foster care. We estimate that 630 foster children will be removed from their current homes and placements during the first year that the ban is in effect. In addition, 85 children in foster care will either not be adopted or remain in foster care longer because the ban will prohibit their adoption by unmarried couples. As a result, the ban will cost the State of Kentucky over $5.3 million in the first year. As explained below, this estimate is conservative since some likely additional costs are difficult to quantify. 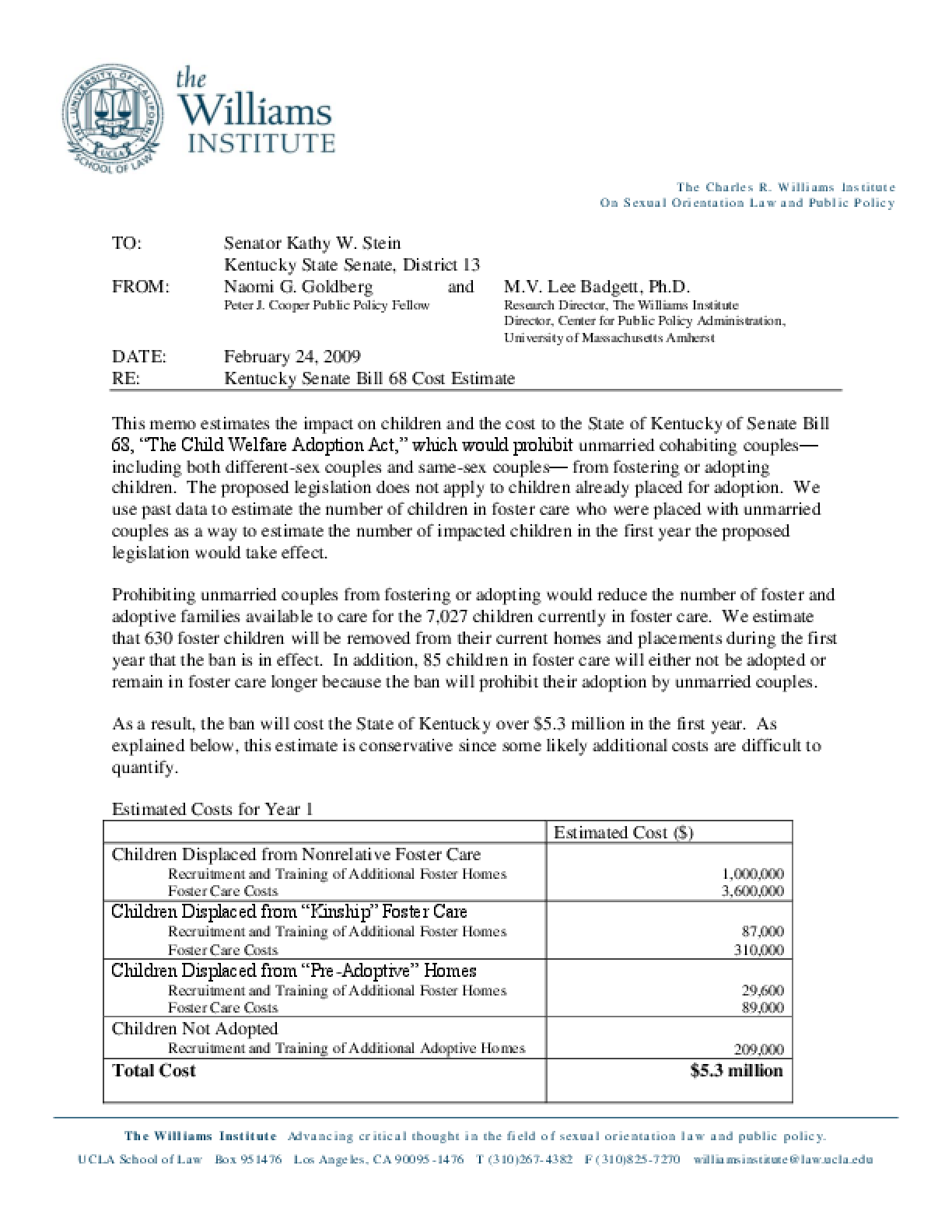