Racial classifications of human populations are politically and socially determined. There is no biological or genetic basis for these racial classifications. Health behaviors may be influenced by culture and poverty. Disparities in health outcomes, sometimes resulting in higher mortality rates for African-Americans appear to influence end of life decision-making attitudes and behaviors. To improve the quality of end of life care in African-American communities, health care professionals must better understand and work to eliminate disparities in health care, increase their own skills, knowledge and confidence in palliative and hospice care, and improve awareness of the benefits and values of hospice and palliative care in their patients and families. 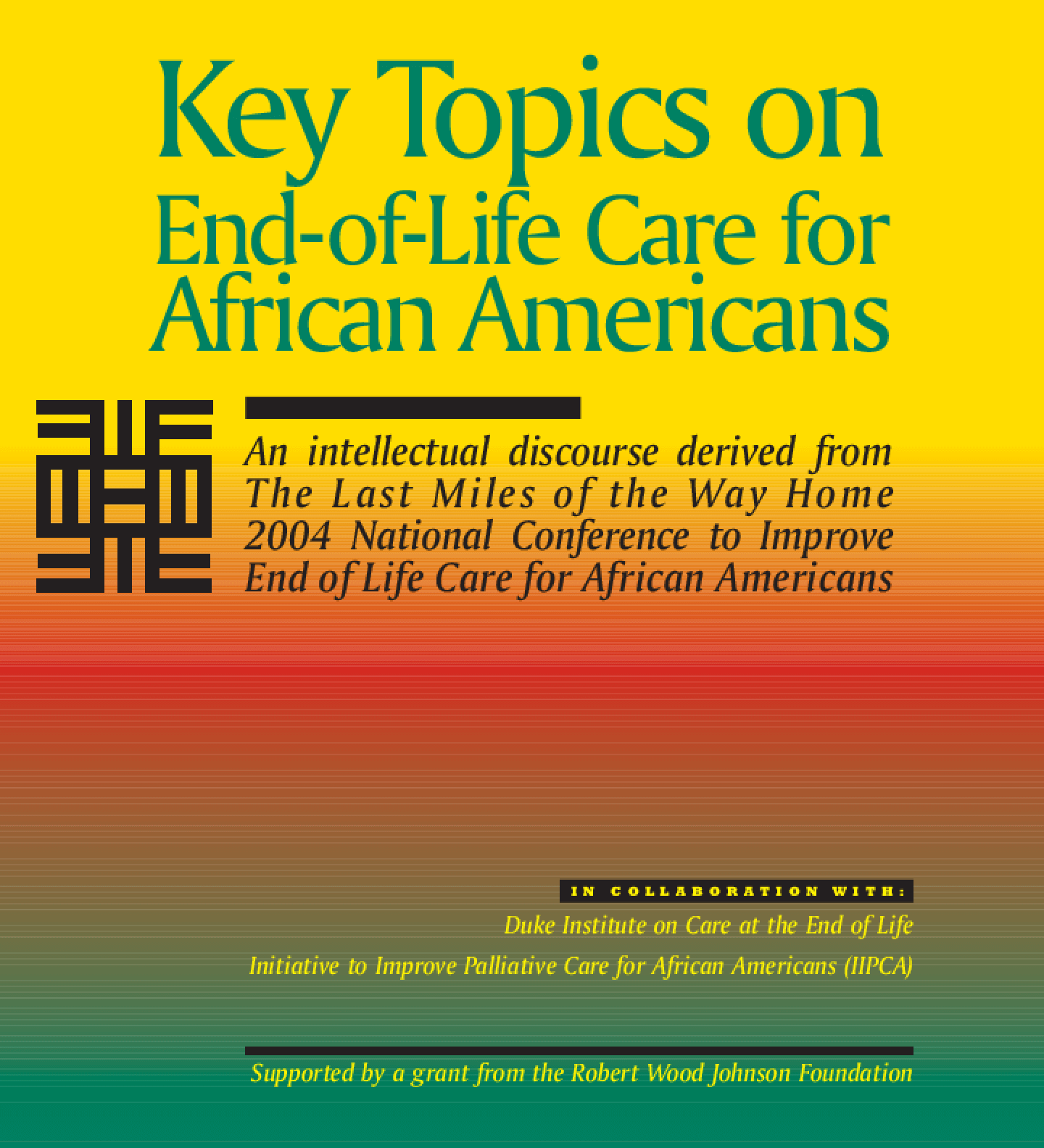