The current US legal immigration system includes few visas for low-skilled workers, and employers have relied heavily on an unauthorized workforce in many low-skilled occupations. The issue of "future flow" of legal workers at the low-skilled level -- its size, wage and labor protections, and conditions for temporary or permanent residency has been a major point of debate as bipartisan Senate and house groups craft separate immigration reform proposals. In particular, it has been the focus of lengthy talks between labor unions and the US Chambe of Commerce, resulting initially in a shared statement of principals and later an accord for a new visa category (named the W visa).

This issue brief explains the questions that policymakers must grapple with when designing programs for admission of low-skill workers, for temporary as well as permanent entry. It focuses on visas for nonagricultural work; agricultural work is the subject of a seperate issue brief. 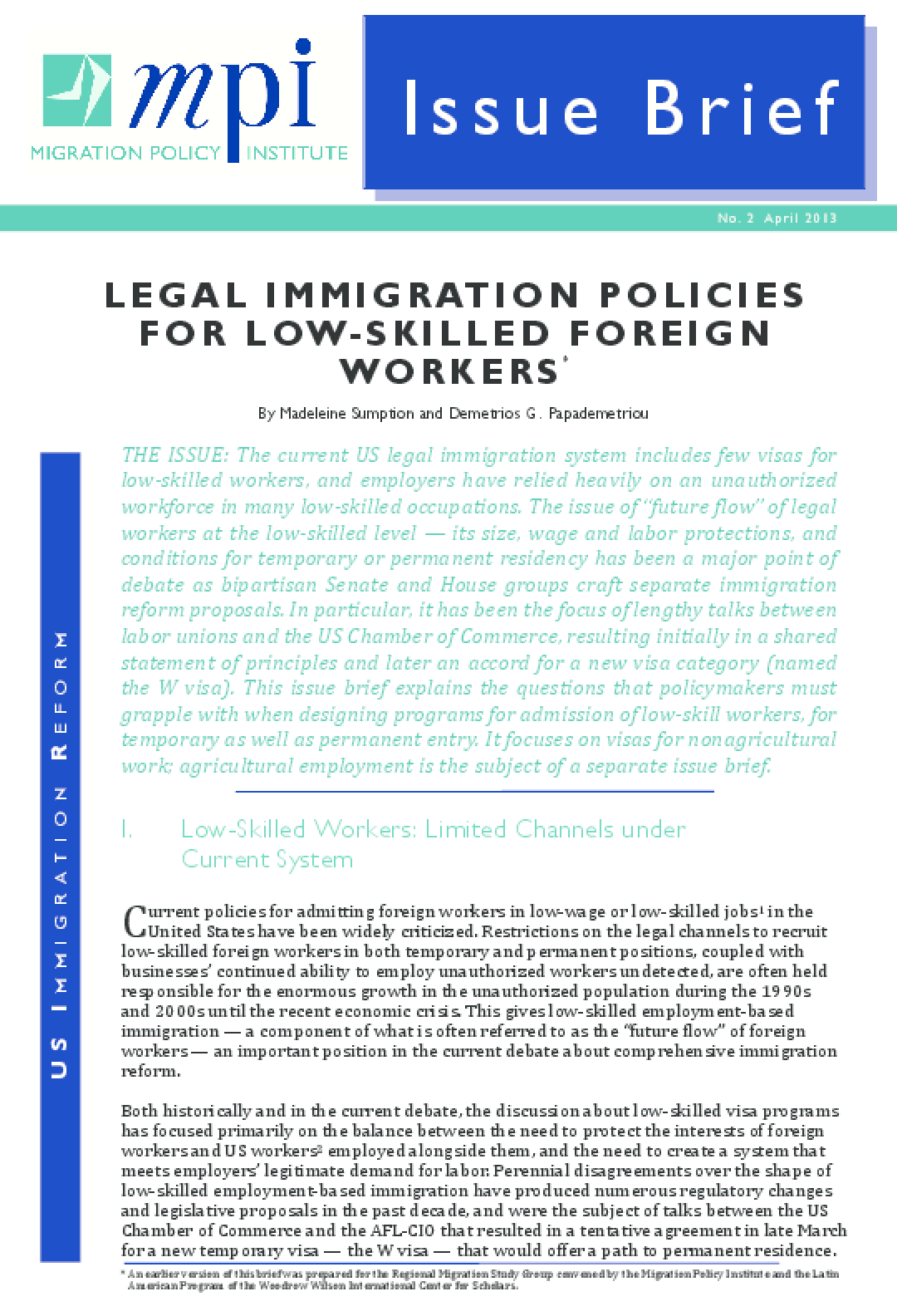