At first glance, New York and the Long Island metropolitan area appear well positioned for smooth implementation of the federal Patient Protection and Affordable Care Act (ACA) of 2010, according to a new Center for Studying Health System Change (HSC) study of Long Island's commercial and Medicaid insurance markets (see Data Source). Key ACA reforms—expanded Medicaid eligibility, premium rating restrictions in the nongroup, or individual, and small-group markets, minimum medical loss ratios (MLRs)—have long been features of New York's broad public health insurance programs and highly regulated health insurance market. Once the ACA became law, there was little doubt that New York would embrace reform. Yet, partisan gridlock in Albany has made for a rough road to health reform for New York. After many months of wrangling with the state Legislature, Gov. Andrew Cuomo (D) resorted to authorizing the state health insurance exchange by executive order in 2012, giving New York's exchange a later start than in many states. Another threat to successful implementation is the state's commitment to stringent insurance regulations that exceed ACA requirements, most notably in small-group and nongroup community rating. Most respondents expected stricter state regulations to keep New York nongroup premiums very high and lead many healthier state residents to continue staying out of the nongroup risk pool. However, when 2014 premiums were released in July, the approved rates were lower than most had expected. What remains uncertain is how sustainable these rates will be over time—specifically, whether they will remain sufficiently low to attract and retain a sizable pool of younger, healthier enrollees. 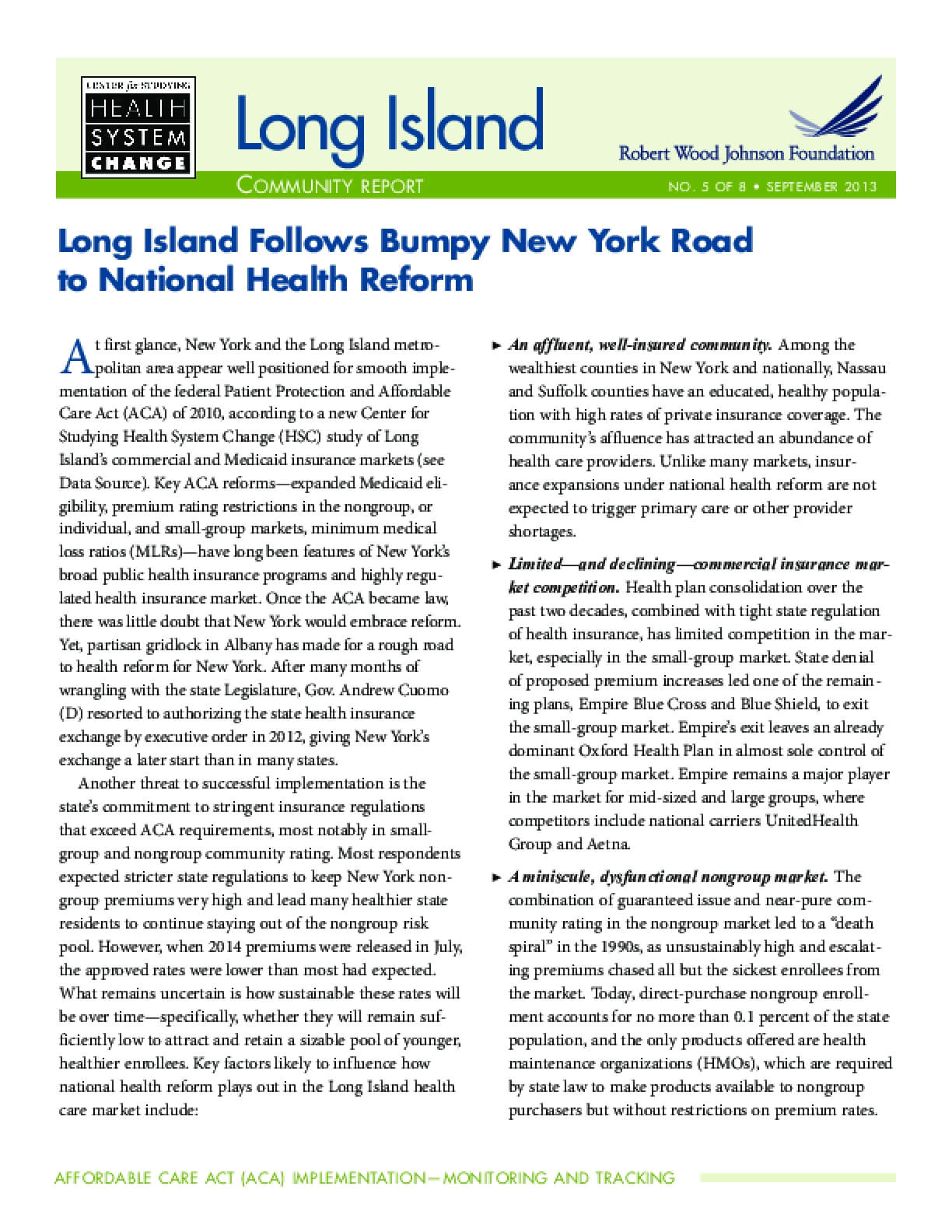