Making Waves: Media's Potential for Girls in the Global South

There are around 600 million adolescent girls living in developing countries. Doubly marginalised because oftheir gender and age, many live a bleak existence -- excluded from access to basic public services, unable to shape the decisions that affect their lives and vulnerable to violence at home and on the street. Their voices often go unheard.

Slowly, this is beginning to change. Over the past two decades girls have become a growing priority for the international development community. Investing in their health education and employment prospects is nowwidely considered to have an important ripple effect on other development outcomes such as economic growth and social equality. As a result, development assistance programmes that support girls' empowerment are now seen by many as not just the "right" thing to do, but a necessity

Less well understood is where media fits into this equation The interplay between media and gender norms has long been recognised and a substantial literature explores how media affects girls in the Global North But against a backdrop of rapidly changing media landscapes -- characterised by increasing competition for audiences sensationalism and expanding access to new technologies -- the role that media plays in girls' lives in the Global South demands further examination.

Drawing on expert interviews as well as insights from the media and development literature, this policy briefing seeks to fill this gap. It argues that media -- whether traditional or online -- matters a great deal in the lives of girls in the developing world. It matters because it has the ability to be harmful to girls' interests and self-esteem, and it matters because it can also be so effective in playing a positive role in girls' lives. Specifically, media can influence girls' aspirations and behaviours around their health and livelihoods open the door to greater participation in society and ensure that girls' issues move higher up the public agenda. If challenges around media access and control and the extent to which media organisations value girls as part of their audience, are addressed head on, media can play a vital role in helping to advance the wellbeing of adolescent girls in regions of the world where their interests have traditionally been most neglected. 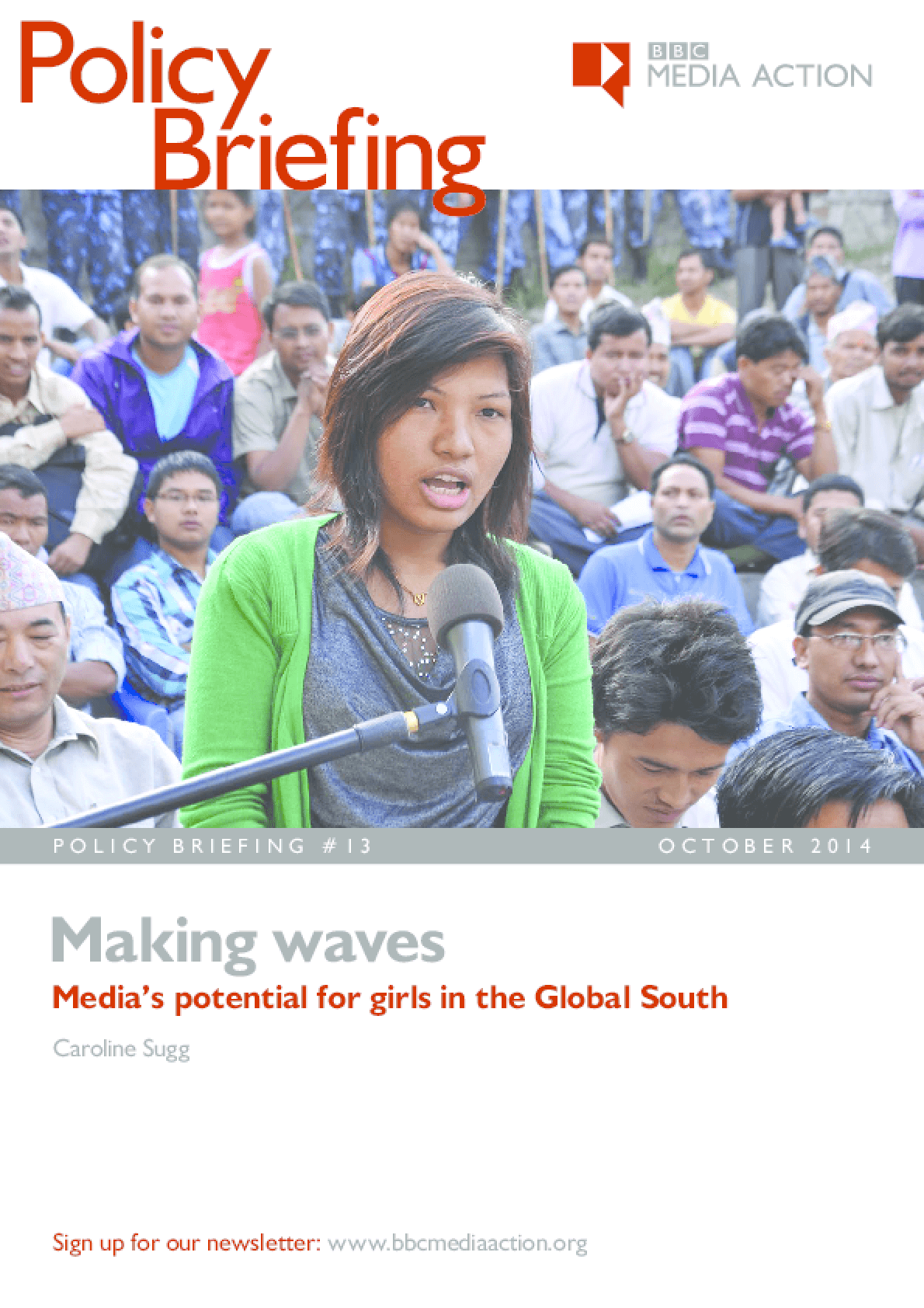