Most Say U.S. Should 'Not Get Too Involved' in Ukraine Situation

As Russian troops remain in Ukraine's Crimea region and Crimea's Parliament has set up a secession vote, Americans
prefer the U.S. to not get too involved in the situation. By a roughly two-to-one margin (56% vs. 29%), the public says it is more important for the U.S. to not get involved in the situation with Russia and Ukraine than to take a firm stand against Russian actions. 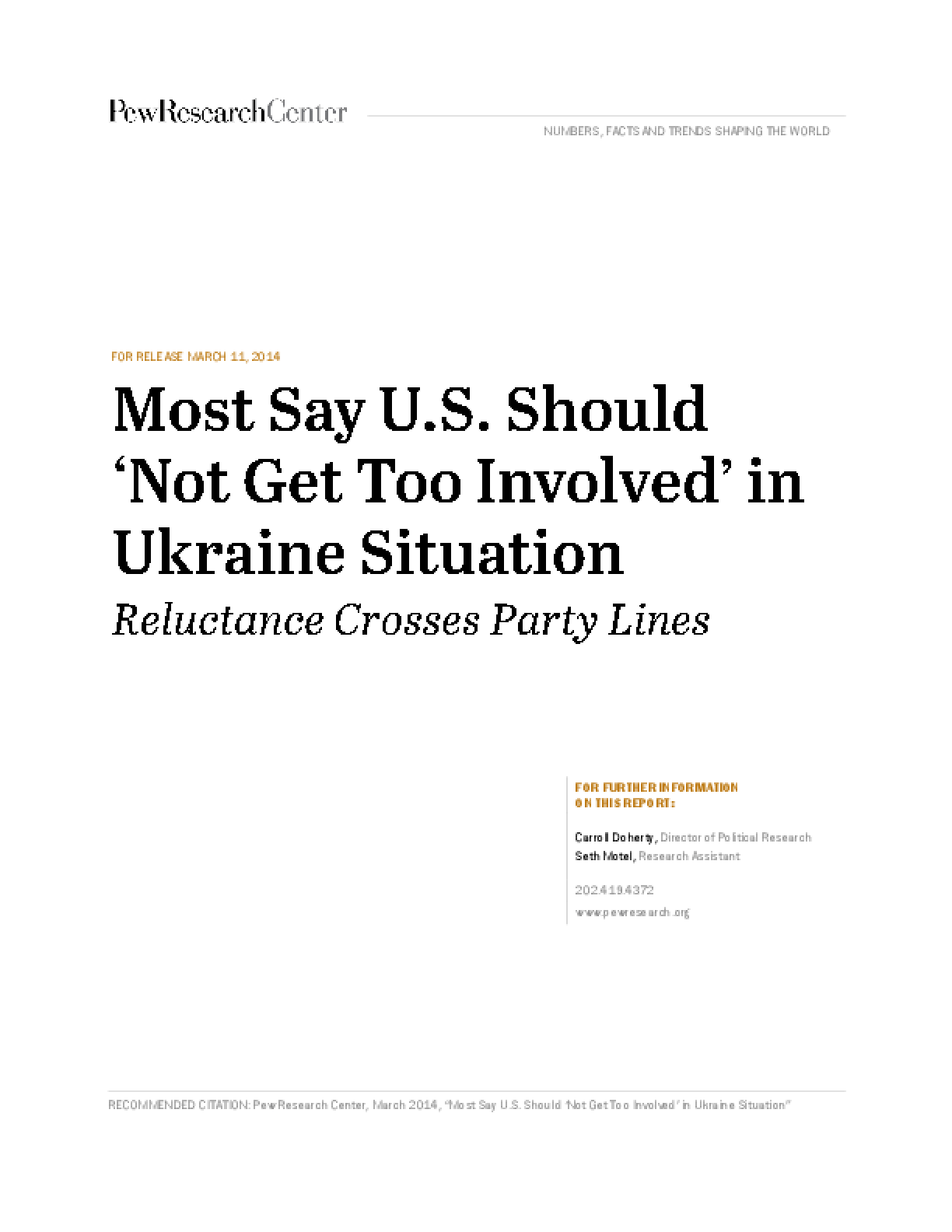