One Step Forward, One Step Back: An Assessment of Freedom of Expression in Ukraine during its OSCE Chairmanship

2013 is the first year Ukraine has held the Chairmanship in Office (CIO) of the OSCE since it became a participating state in the organization in 1992. The Chairman in Office, Ukraine's Minister of Foreign Affairs Leonid Kozhara, outlined the country's priorities for its CIO in November 2012, among which were the freedom of speech, resolving the frozen conflicts, and combating human trafficking, and acknowledged that Ukraine's own record would be under the microscope during its CIO.

Little progress has been made on many of those questions as acknowledged by Foreign Minister Kozhara in a recent editorial and in a bi-annual report issued by the Ukrainian Ministry of Foreign Affairs on the Ukrainian OSCE chairmanship. According to their assessments, special attention has been paid to resolving the frozen conflicts, but few results in strengthening the freedom of speech have been realized except for the "arrangement of necessary conditions for renewal of mandate of Representative on Freedom of the Media."

Ukraine's progress in meeting its obligations to respect the freedom of expression, including to facilitate the dissemination of information and working conditions for journalists, has been mostly unsatisfactory in recent years lagging behind progress made in Moldova, Georgia, and Armenia while doing better than Azerbaijan and Belarus. In spite of the generally high quality of legislation, the reality of implementation is less impressive. Citizens may freely express their views, and collect and disseminate information, but access to free and pluralistic media and to public information held by the authorities is inadequate. Journalists' working conditions are not secure enough to work safely and remedies for violations of journalists' rights or attacks on journalists are ineffective.

The media, and especially television, is rife with hidden paid content, making it difficult for viewers to discern what news is real and what is not. Television stations are constantly juggling political and economic pressure. Adherence to journalistic standards is unsatisfactory as ethics boards are ineffective.

2013 has thus far included some meaningful efforts to improve Ukrainian media legislation following a 2-year delay in reform; the Verkhovna Rada (Ukraine's Parliament) enacted a law on ownership transparency of media and passed the laws on public service broadcasting and privatization of government-owned press in the first reading. Neither law has proceeded to the second reading though, raising concerns about their ultimate fate.

Access to the media for the ruling party and its allies is significantly easier, including during the electoral period, due to legislative privileges for officials and governmental bodies and their influence on government-owned media outlets. Nationwide TV channels often do not cover the opposition because of special relations between their oligarch owners and the ruling political forces. A lack of quality analytical reports on television, the Internet, and in the print press, as well as the proliferation of tabloid-style content, also limit access to good quality information and access to the media by the opposition.

Much of the local media is financially dependent on the government and thus on the ruling political forces. Ownership of TV channels is not transparent and the new law on media ownership leaves loopholes, allowing opaque ownership structures to persist across the sector. The National Council on TV and Radio Broadcasting is not an independent regulatory body. Moreover, nationwide TV channels show loyalty to the government as important political events and themes, especially those relating to the political opposition, are covered inadequately or not at all.

There have been improvements in the protection of journalists' sources. Since implementation of the new Code on Criminal Proceedings, there have been no reports of police pressuring journalists to disclose their sources. Despite this progress, journalists who work for Internet media are still vulnerable.

There has been little recent progress in meeting the obligation to guarantee transparency in public affairs. Progress in the sector of access to public information, made in 2011, has stalled. The preliminary passage in 2012 of a draft law that would bring Ukrainian laws in line with model laws on access to information is a step in the right direction, but the second reading has been inexplicably put off several times and the date of its adoption is unclear. 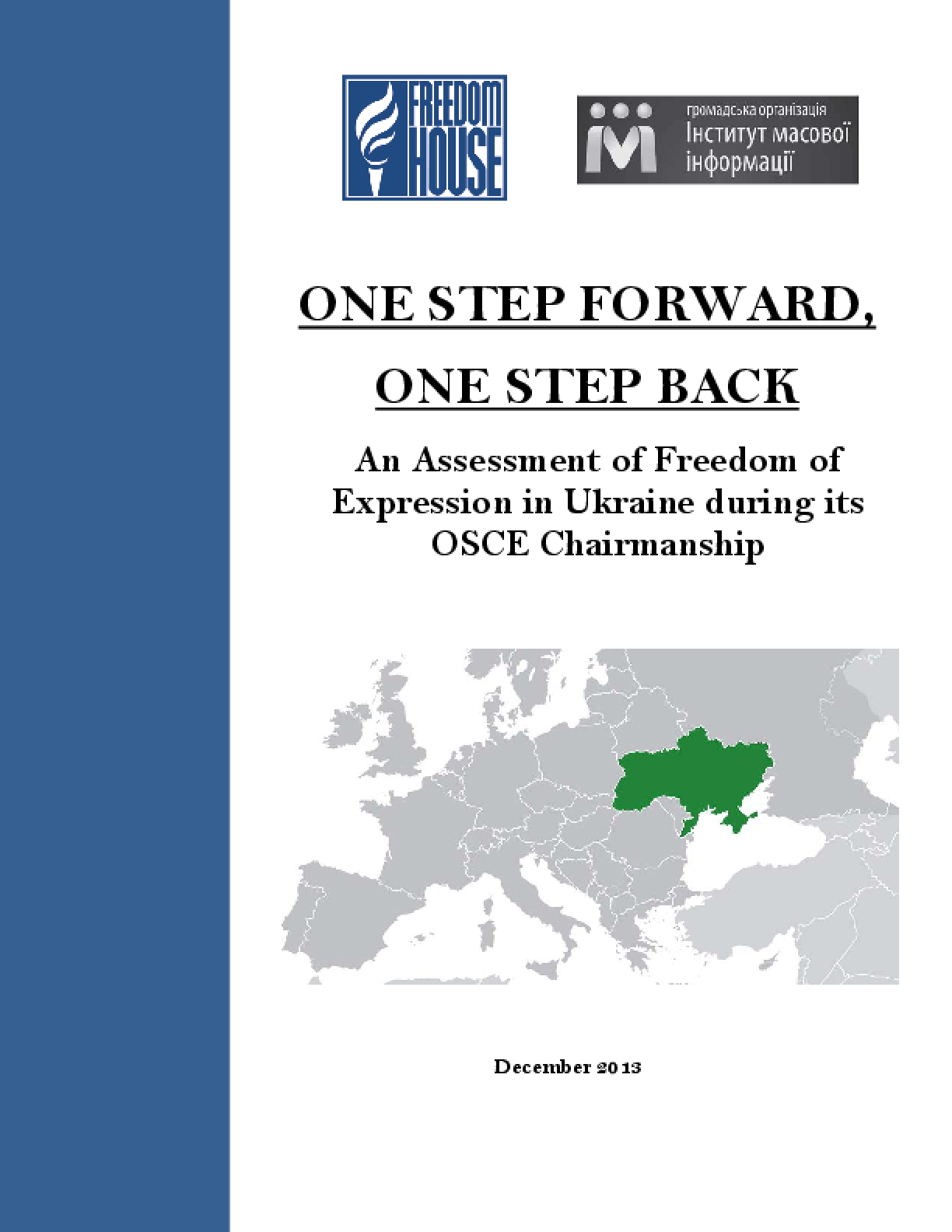