The formation of the Afroeurasian world-system was one of the crucial points of social evolution, starting from which the social evolution rate and effectiveness increased dramatically. In the present article we analyze processes and scales of global integration in historical perspective, starting with the Agrarian Revolution. We connect the main phases of historical globalization with the processes of the development of the Afroeurasian world-system. In the framework of the Afroeurasian world-system the integration began a few thousand years BCE. In this world-system the continental and supracontinental links became rather developed long before the Great Geographic Discoveries and thus, they could quite be denoted as global (albeit in a somehow limited sense). As some researchers are still inclined to underestimate the scale of those links in the pre-Industrial era, it appears necessary to provide additional empirical support for our statement. It also turns necessary to apply a special methodology (which necessitated the use of the world-system approach). We analyze some versions of periodization of globalization history. We also propose our own periodization of globalization history using as its basis the growing scale of intersocietal links as an indicator of the level of globalization development. 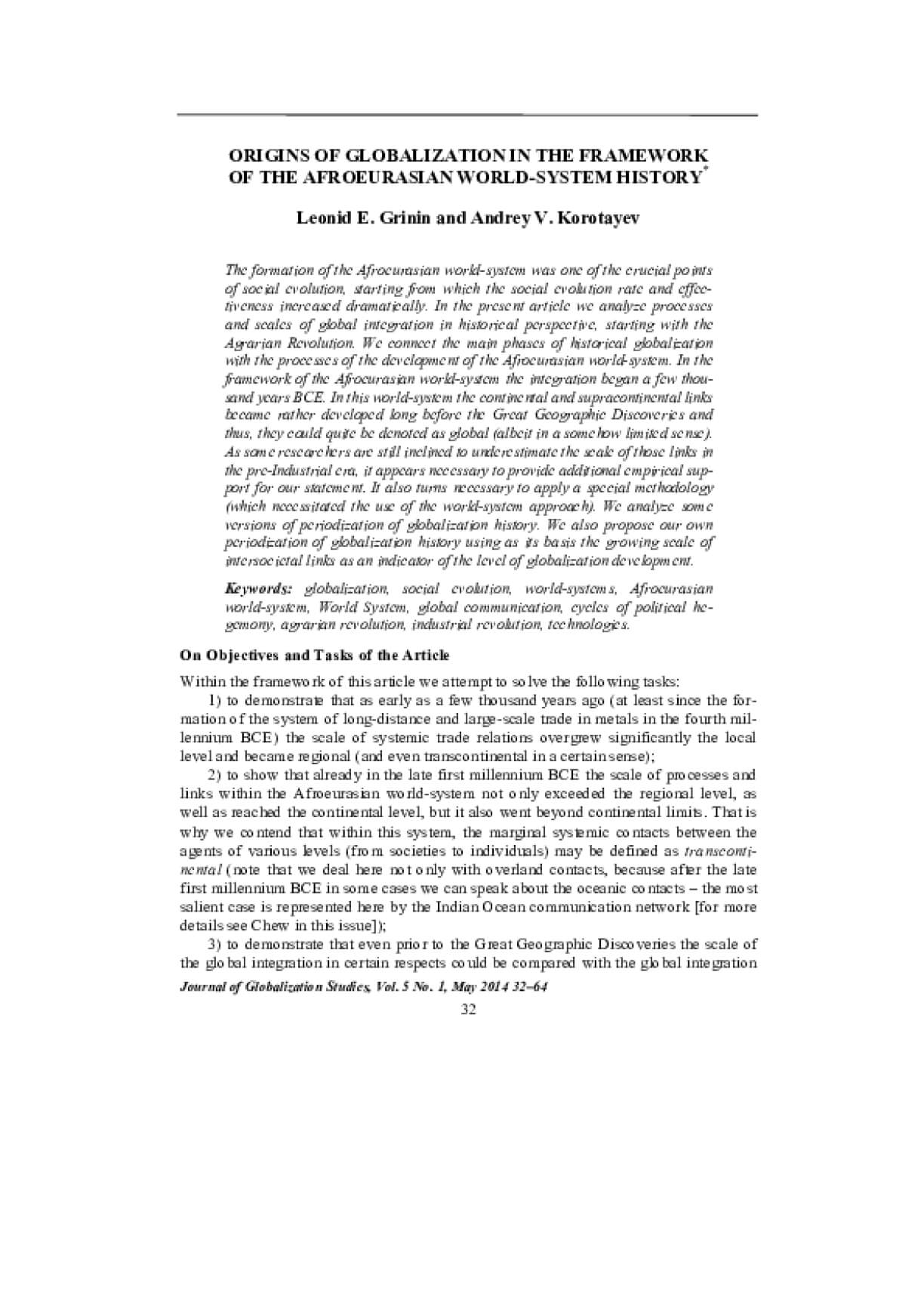