Overcoming the Challenges and Creating a Regional Approach to Policing in St. Louis City and County

In the summer of 2014, Better Together initiated discussions with the Police Executive Research Forum (PERF) to conduct a study of the state of policing in the City and County of St. Louis. The August 9, 2014, fatal shooting of Michael Brown by Ferguson Police Office Darren Wilson, and the civil unrest that ensued, gave new urgency to this initiative. In September 2014, Better Together and PERF entered into an agreement to conduct this examination and issue a report with recommendations. PERF is an independent research organization, based in Washington, DC, that focuses on critical issues in policing. PERF identifies best policies and practices on fundamental issues, such as strategies to minimize police use of force; developing community policing and increasing public perceptions of legitimacy and procedural justice in policing; new technologies for improving police accountability, such as body-worn cameras; and civil rights and racial issues in policing. The purpose of the study is two-fold: 1. To examine how policing services are currently being delivered in St. Louis County/City, assess the state of police-community relations, and compare the status quo with best practices in the policing profession. 2. To provide recommendations for moving forward, including identifying policing models and operational options to improve policing in the region. 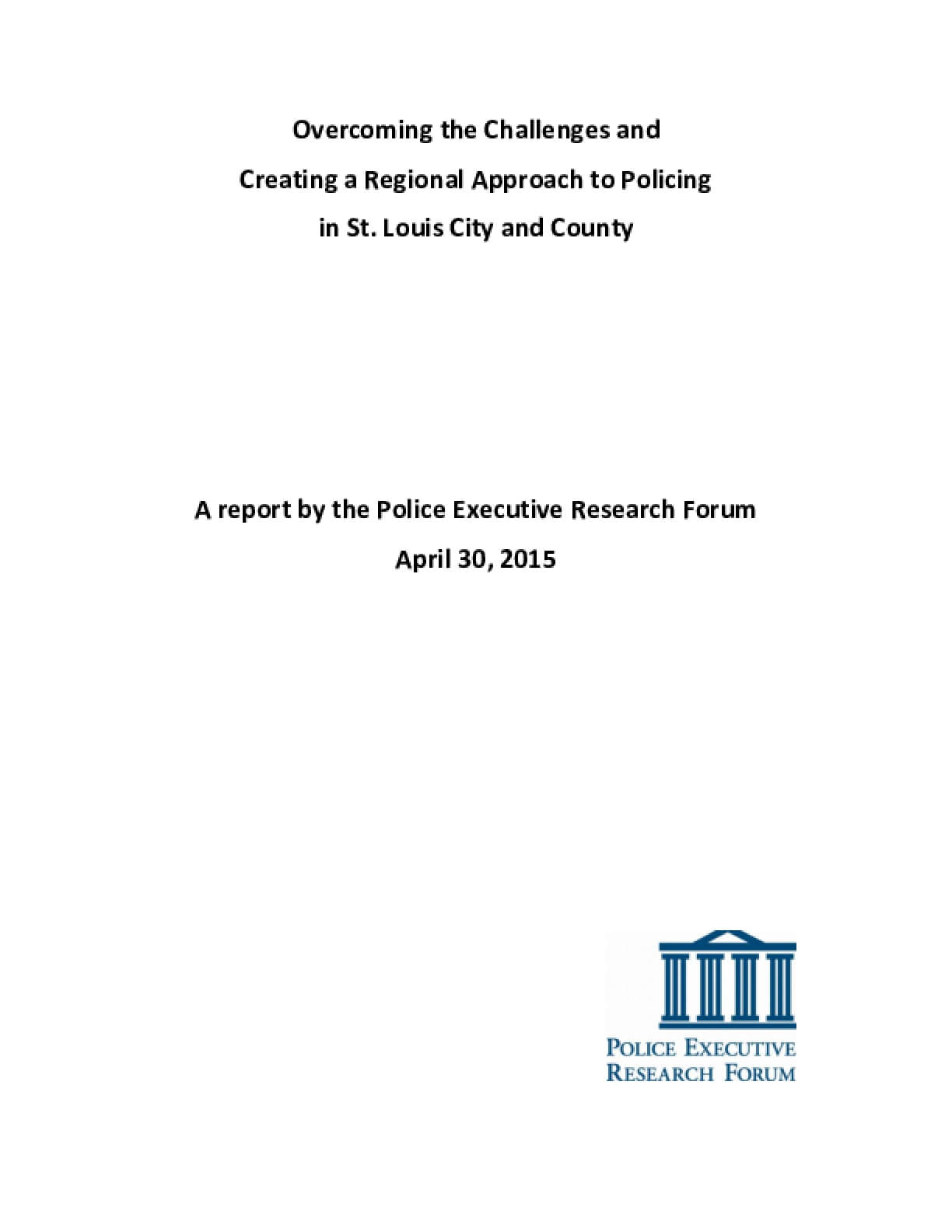