More than two in five New York City households -- over 940,000 households -- lack enough income to mcover just the necessities, such as food, shelter, health care and child care. Yet as measured by the federal poverty level (FPL), less than half that number is officially designated as "poor." Moving from statistics to people, this translates to over 2.7 million men, women, and children struggling to make ends meet in New York City. Consequently, a large and diverse group of New Yorkers experiencing economic distress is routinely overlooked and undercounted. Many of these hidden poor are struggling to meet their most basic needs, without the help of work supports (they earn too much income to qualify for most, but too little to meet their needs). To make things even worse, their efforts are aggravated by the reality that the costs of housing, health care, and other living expenses continue to rise faster than wages in New York City.

To document these trends, we use the yardstick of the Self-Sufficiency Standard. This measure answers the question as to how much income is needed to meet families' basic needs at a minimally adequate level, including the essential costs of working, but without any assistance, public or private. Once these costs are calculated, we then apply the Standard to determine how many -- and which -- households lack enough to cover the basics. Unlike the federal poverty measure, the Standard is varied both geographically and by family composition, reflecting the higher costs facing some families (especially child care for families with young children) and in some places. 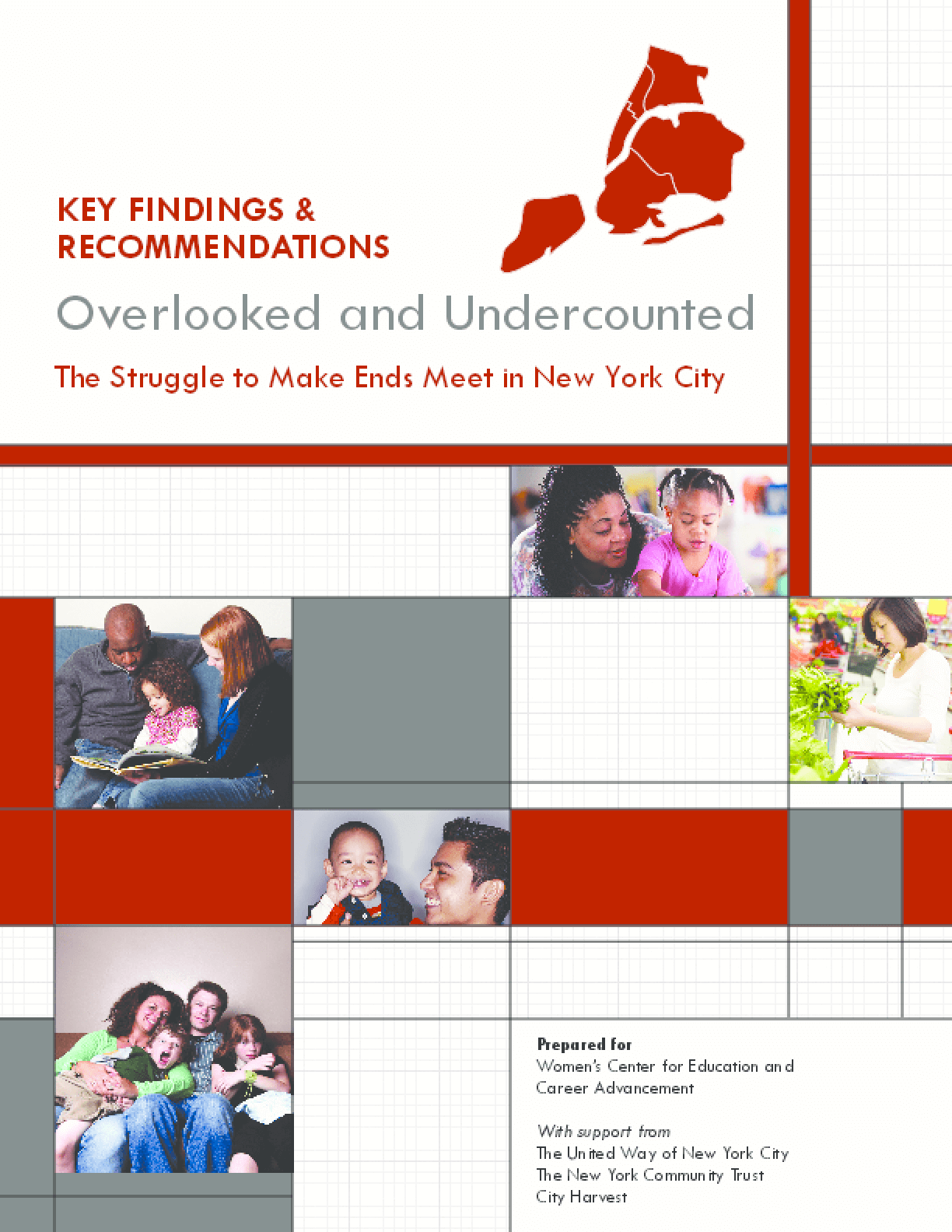