Between 2006 and 2013, the MacArthur Foundation awarded nearly $54 million to 79 social sector organizations around the world through the MacArthur Award for Creative and Effective Institutions. Designed to recognize a subset of the Foundation's grantees for their extraordinary contributions to their fields and to help foster their long-term financial stability and operational strength, the award is a onetime infusion of capital, typically between $350,000 and $1 million.

The Foundation commissioned this evaluation of the MacArthur Award to take stock of the program as it approaches its tenth anniversary, to learn more about its influence on awardee organizations, and to inform future decision-making about it and related grantmaking strategies. Slover Linett designed a two-phase study: an initial discovery phase, which included a review of key program documents and interviews with 19 Foundation staff and stakeholders, followed by a primary investigation phase, which included in-person and telephone interviews with 30 past awardees and an online survey of the awardee pool. We then synthesized the findings from all of these sources of data to paint an overarching picture of how the MacArthur Award works and its influence on recipient organizations. 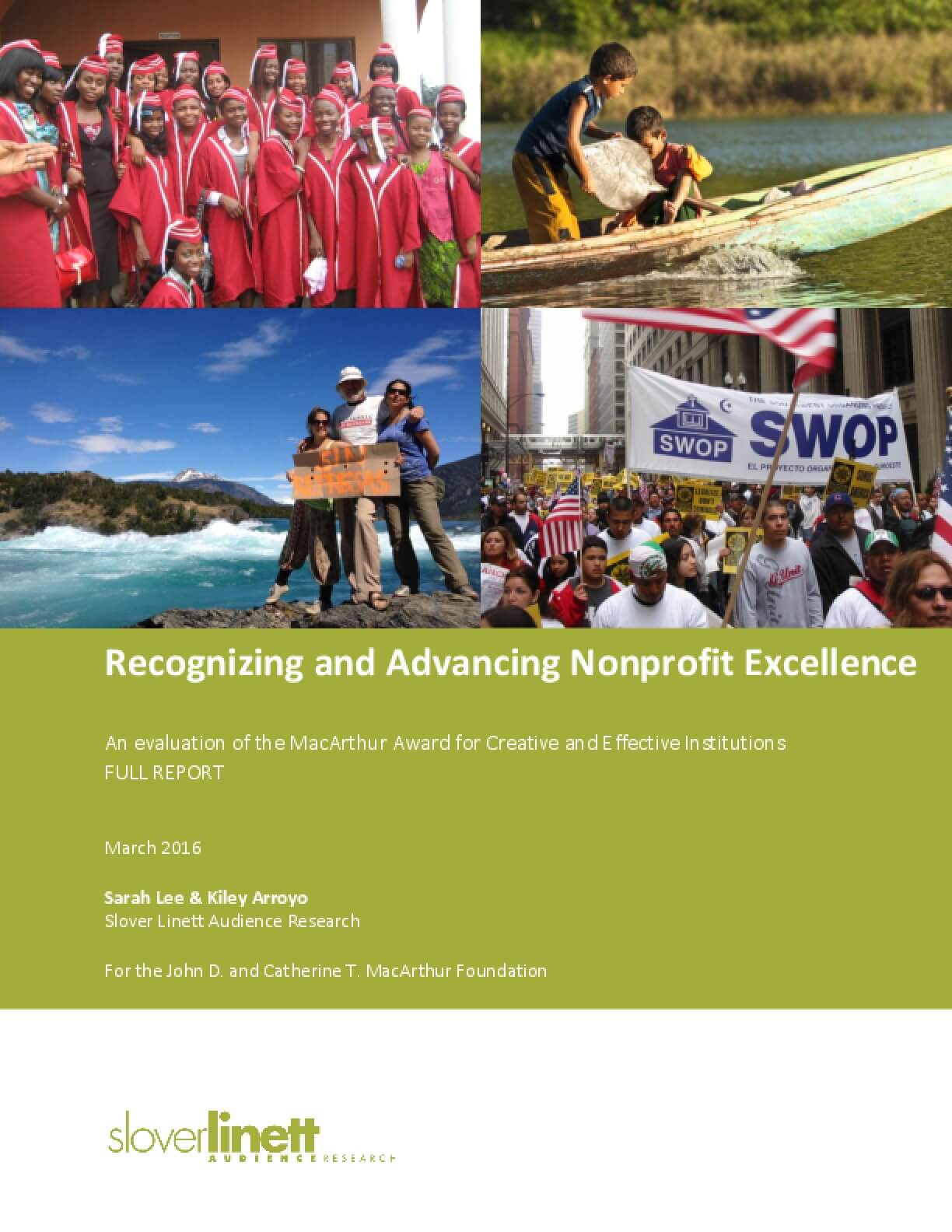