Reflections on Restoring Integrity to the United States Immigration System: A Personal Vision

In the debate on US immigration reform, a number of legislative proposals have been introduced.To be effective, reforms must take into account the lessons learned from implementing the Immigration Reform and Control Act of 1986 (IRCA).
This policy brief summarizes these lessons learned as follows:
* The robust and growing demand for work and family reunification visas must be incorporated into new policies;* Legalization should not be done halfway;* Reducing incentives for fraud should be a top policy goal; and* Migration is a complex phenomenon that cannot be managed unilaterally; it requires cooperation among neighboring countries.
The policy brief argues that there are three "E"s required to achieve stable reform:* Enforcement that devises smarter border and interior controls that are consistent with America's values, temperament, and philosophy of government powers;* Expanded numbers of visas that address the continuing demand, especially from citizens of the countries on America's borders; and* Earned regularization that offers a realistic and fair opportunity to the unauthorized resident population in the United States to earn lawful permanent status. 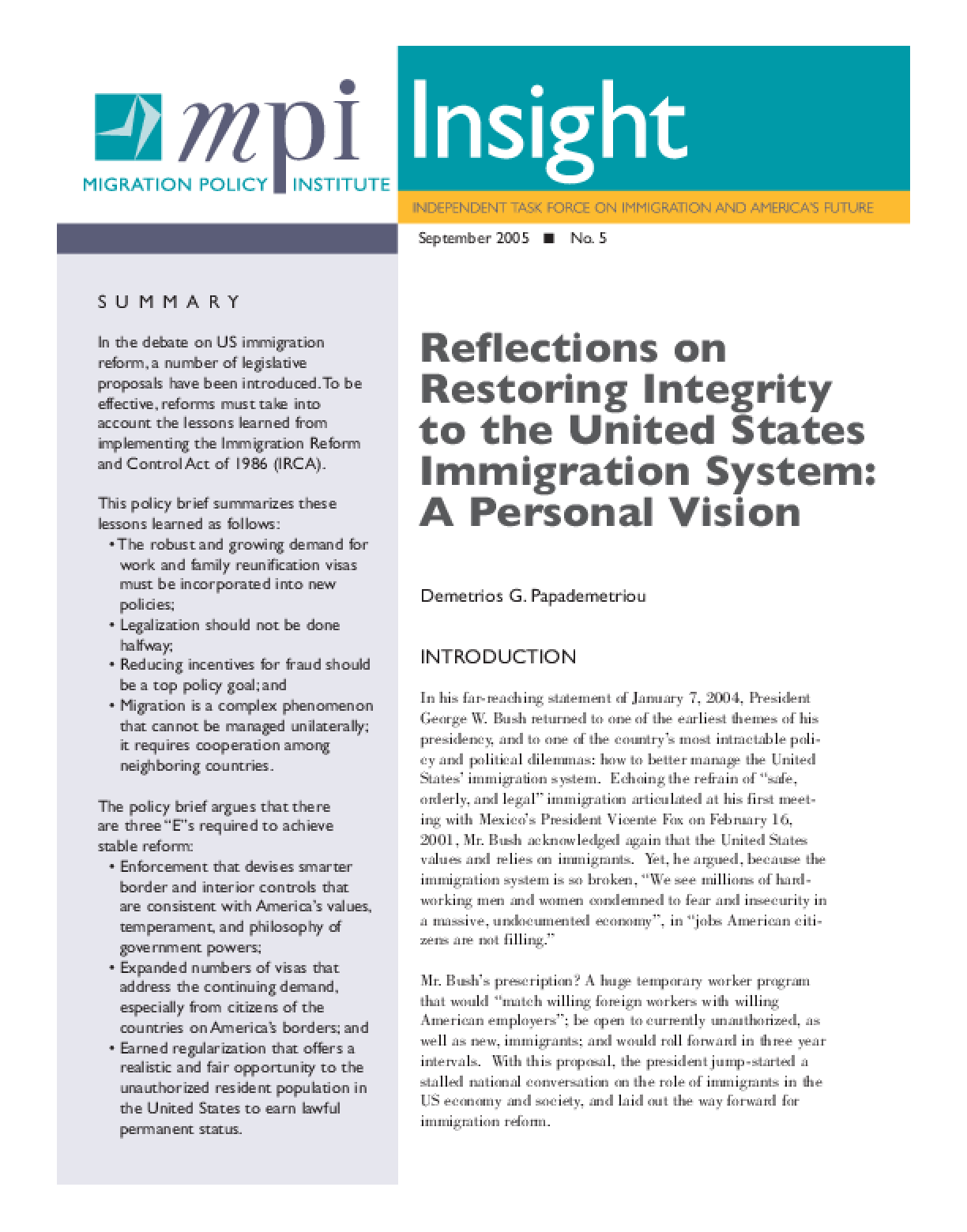