Ghana has achieved sustained growth and poverty reduction during the 1990s, but such growth did not benefit the three poor northern regions and the development gap has increased between the south and north. One of the most important reasons is that much of the growth has been generated by export agriculture in which northern Ghana has little contribution if any.

This paper sets out to identify avenues for pro-poor growth in Ghana, focussing on agricultural opportunities, particularly in northern Ghana. Using an economywide, multimarket model and based on time series production data between 1991 and 2000 and Ghana Living Standards Survey data of 1991/92 and 1998/99, this paper analyzes the possible poverty reduction trends up to 2015 by assuming different patterns of growth. The results show that agriculture-led growth has a larger poverty reducing effect than nonagriculture-led growth. Within agriculture, growth in staple crop production reduces poverty more than export crops. In northern Ghana, the staple crops whose growth exerts the largest effect on poverty reduction are groundnut, cassava and cowpea. However, despite the large effects of the agriculture-led growth, the projections of poverty rates in the regions, particularly Upper East are still high implying a need for complementary avenues for poverty reduction. A review of the literature shows that while the north generally is a net migration area, the rewards of migration have been limited because people who migrate have no skills and are, therefore, limited to entering the informal job market where wages are low. The implication is to enhance this labour with education and skills. Ultimately, the regions must attract production investment to boost economic activity and generate local growth. The state must play a leading role in investing in productive and social infrastructure as a way of facilitating the environment for private sector operators. 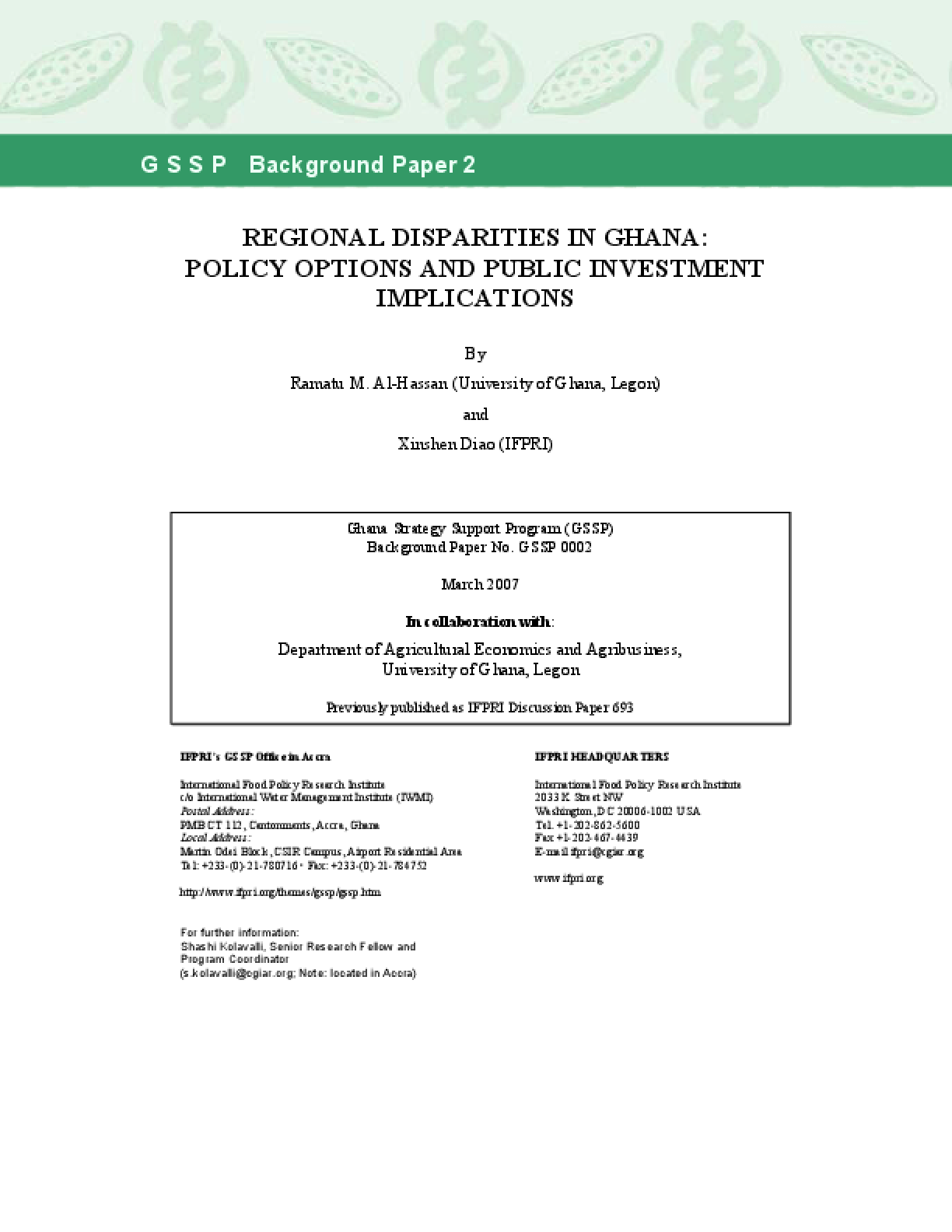