Reintegrating Armed Groups in Afganistan, Lessons From the Past

Discussing DDR in Afghanistan mightseem incongruous as fighting rages between government forces and a potent insurgency. Indeed, with international forces drawing down and presidential electionsscheduled for April introducing further uncertainty, there are more Afghans arming than disarming.

This may change, however.While a deal with the Taliban currently appearsremote, were the new government to succeed in forging one, itssustainability would hinge on the reintegration of tens of thousands of fighters. If international funding for the Afghan National Security Forces(ANSF) declines, those soldiers and police laid off would need to find alternative livelihoods—no small challenge given the state of the economy. Reduced international funding toward Afghan security spending after 2014 could also leave thousands of members of the Afghan Public Protection Force (APPF) and private security companiesjobless. In these scenarios,DDR would again become a p 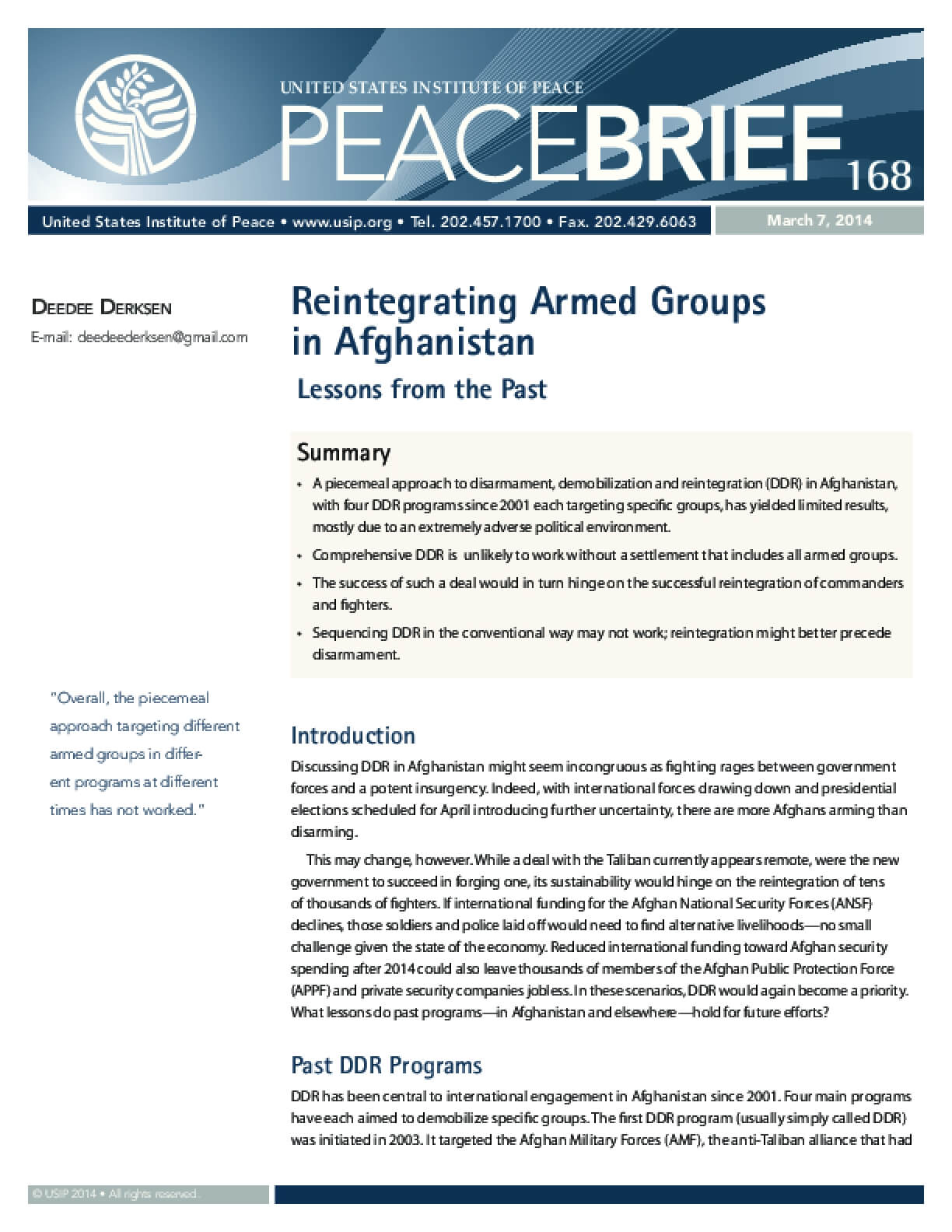