Transparency has become a buzzword in our society, but, in philanthropy, it's not always clear who the audiences for information are—or what is meant, exactly, by the word.The Center for Effective Philanthropy (CEP) examined the perspectives of foundation CEOs through the analysis of surveys of 145 independent and community foundation CEOs, a review of more than 70 foundation websites, and surveys of more than 15,000 grantees.Foundation CEOs' views on transparency, which largely match those of grantees, focus on the substance of their work, as opposed to financial disclosures orgovernance practices. However, foundation practice lags behind CEOs' beliefs, especially in the area of sharing information about what works. 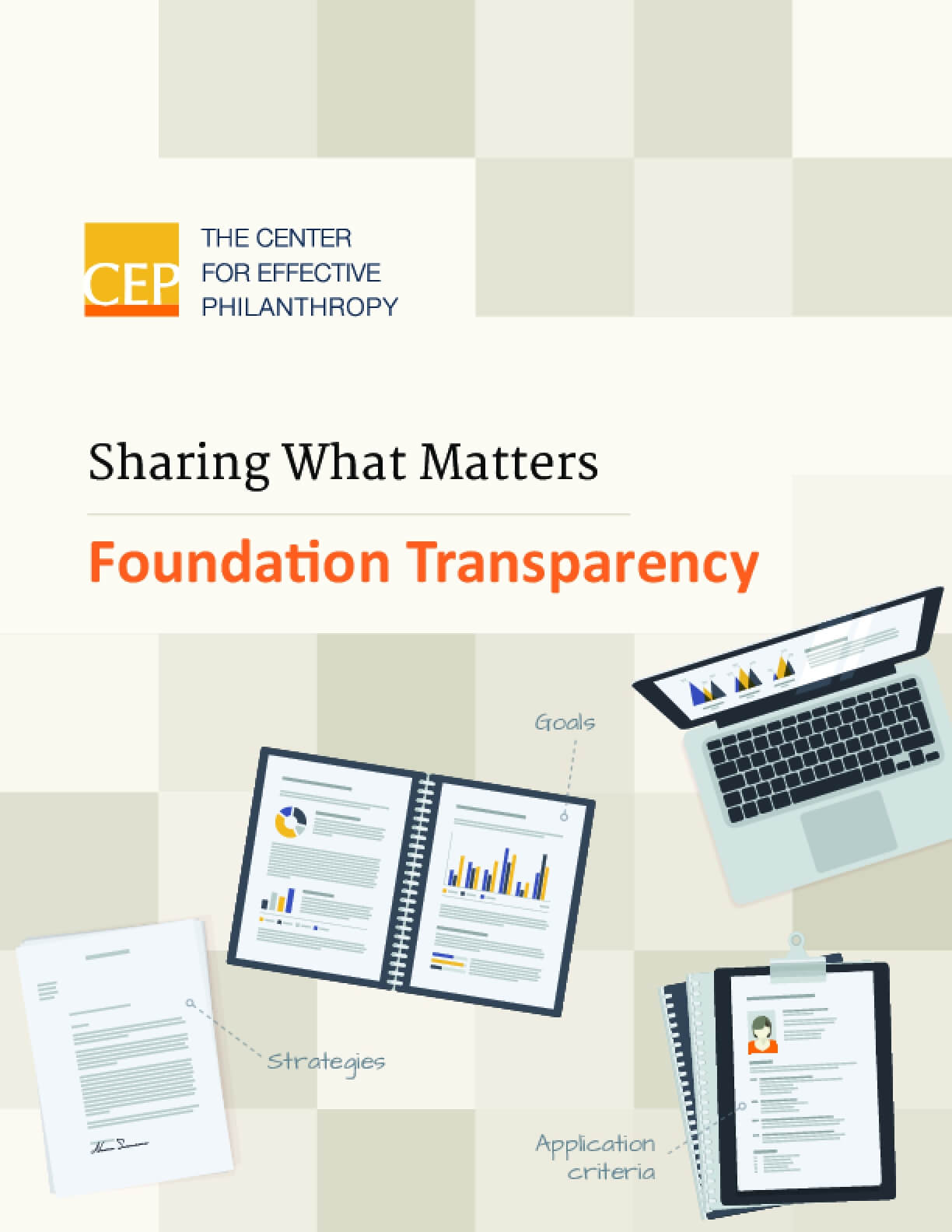