Sounding the Alarm Round 2: Protecting Democracy in Ukraine

In 2010 Freedom House released its first special report on Ukraine, "Sounding the Alarm: Protecting Democracy in Ukraine". That report, as the title suggested, warned that Ukraine was heading in the wrong direction on a number of fronts: consolidation of power in the executive branch at the expense of democratic development, a more restrictive environment for the media, selective prosecution of opposition figures, worrisome instances of intrusiveness by the Security Service of Ukraine (SBU), widely criticized local elections in October 2010, a pliant Verkhovna Rada (Ukraine's parliament), an erosion of basic freedoms of assembly and speech, and widening corruption. "Ukraine under President Yanukovych," last year's report warned, "has become less democratic and, if current trends are left unchecked, may head down a path toward autocracy and kleptocracy."

A year later, most of those key concerns remain, and in some cases the problems have grown considerably worse, especially in the area of selective prosecution of opposition figures and corruption. The mayoral election in Obukhiv in March was widely criticized for its alleged rigging and fraud and bodes badly for the upcoming Verkhovna Rada elections. The term "familyization" was commonly used by interlocutors, implying that President Yanukovych's family has not only benefitted personally from his presidency (see the section below on corruption) but is increasingly at the center of power and governance. Freedom House's ranking of Ukraine in its Freedom in the World 2012 report remained in the Partly Free category with a negative trend; the same assessment can be found in Freedom House's just-released "Nations in Transit."

Against this backdrop, Freedom House, with support from the Open Society Foundations' Ukrainian arm, the International Renaissance Foundation, undertook this follow-up special report on Ukraine. 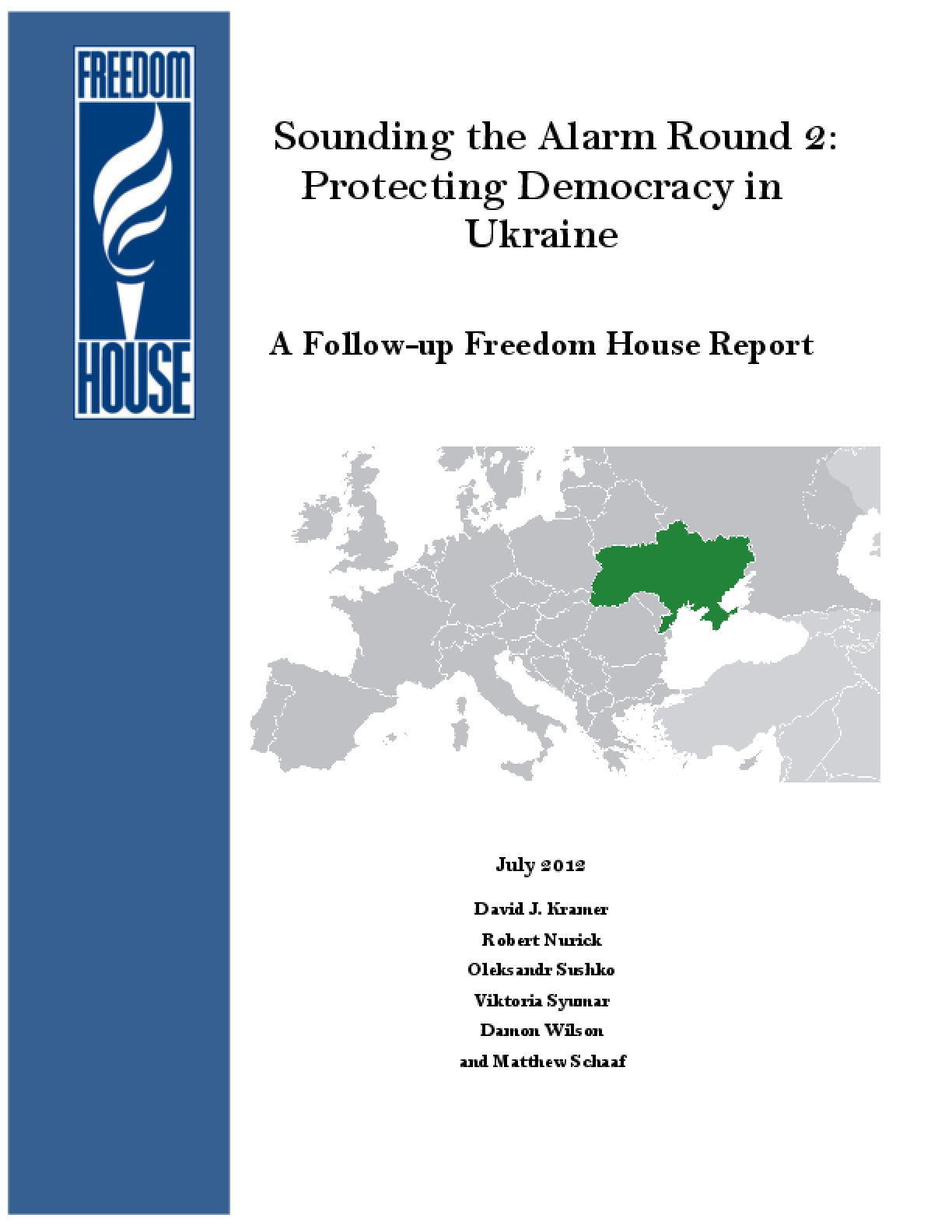