South Carolina: Round 1 - State Level Field Network Study of the Implementation of the Affordable Care Act

This report is part of a series of 21 state and regional studies examining the rollout of the ACA. The national network -- with 36 states and 61 researchers -- is led by the Rockefeller Institute of Government, the public policy research arm of the State University of New York, the Brookings Institution, and the Fels Institute of Government at the University of Pennsylvania.

South Carolina has its work cut out for it. As a state with one of the highest poverty rates and poorest health outcomes indicators, one thing stakeholders from all perspectives agree on is the need for improvement in the state's health status. Successful implementation of the ACA in South Carolina -- for those who believe that is the goal -- will require building greater public understanding of the ACA and enrolling all who are eligible in a state in which government distrust is high and public insurance program take-up rates have traditionally been low. It will also require a shift in position on the Medicaid expansion option. As long as the state's poorest uninsured remain without assistance, the aims of the ACA to promote widespread access to health care will never be realized. 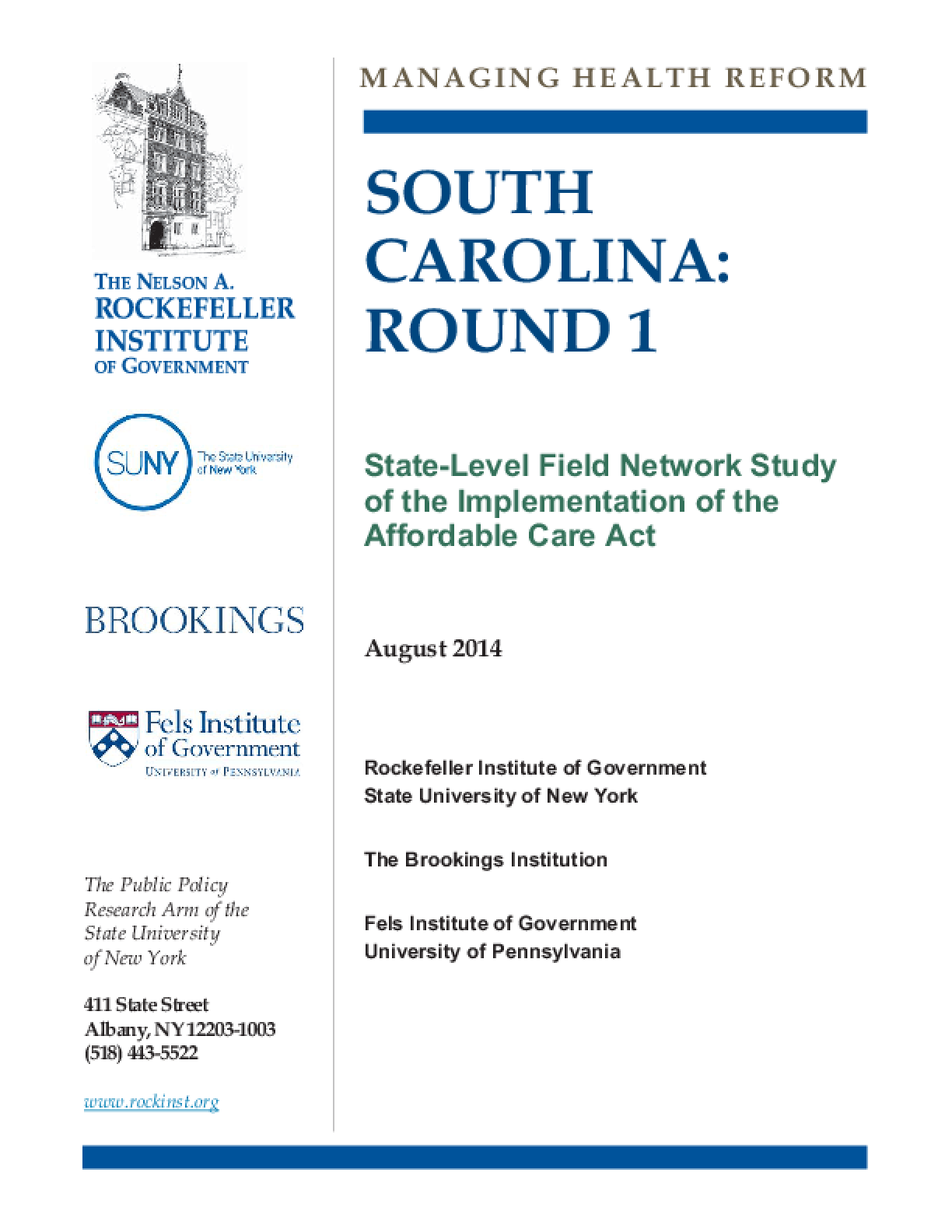