Tanzania has seen significant improvements to its national development data infrastructure in recent years. In February 2016 the country adopted an Open Data Policy aimed at increasing access to government data and promoting increased transparency and partnerships for social and economic development. Key government data has been made available for use by civil society organizations (CSOs) and the media through an open data portal. Additionally, the 2016-2021 National Development Plan includes among its key objectives the need to integrate the Sustainable Development Goals (SDGs) targets into its Monitoring and Evaluation Framework.

However, existing data initiatives are largely government driven and do not take into account data from or about civil society actors. In particular, Tanzania lacks a dedicated platform and framework for collecting, sharing and analyzing data on philanthropy. In September 2015, inspired by similar initiatives in other East African Countries, the Foundation for Civil Society partnered with the East Africa Association of Grantmakers (EAAG) to form the Tanzania National Philanthropy Forum (TPF). The launch of the TPF marks an opportunity for the philanthropy community in Tanzania to come together and strengthen its voice and influence in national development processes. 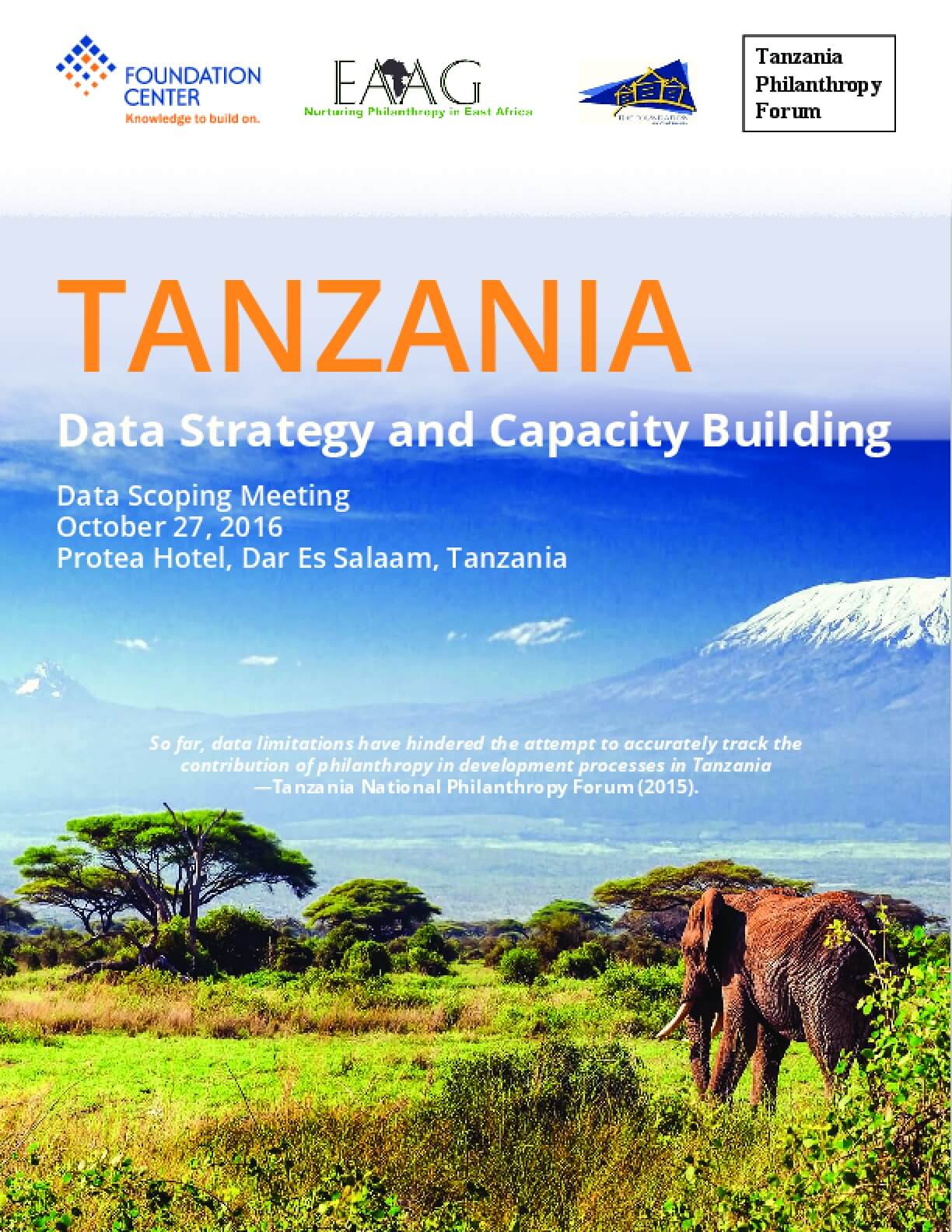