The Rockefeller Foundation initiated a nine-year Asian Cities Climate Change Resilience Network (ACCCRN) in ten initial cities and four countries1 in 2008. ACCCRN seeks to strengthen the capabilities of cities to plan, finance and implement urban climate change resilience (UCCR) strategies for coping with the inevitable impacts of climate change taking place now, and in the decades to come.

The approach also involves capturing details from the various experiences that will be useful to other cities as they realize the critical importance of building resilience to climate change. Although the initiative is ongoing and has expanded to include two more countries and more than 20 additional cities, this brief highlights the key insights we took from analysis of progress in the first ten cities over the first five years and the changes observable thus far. 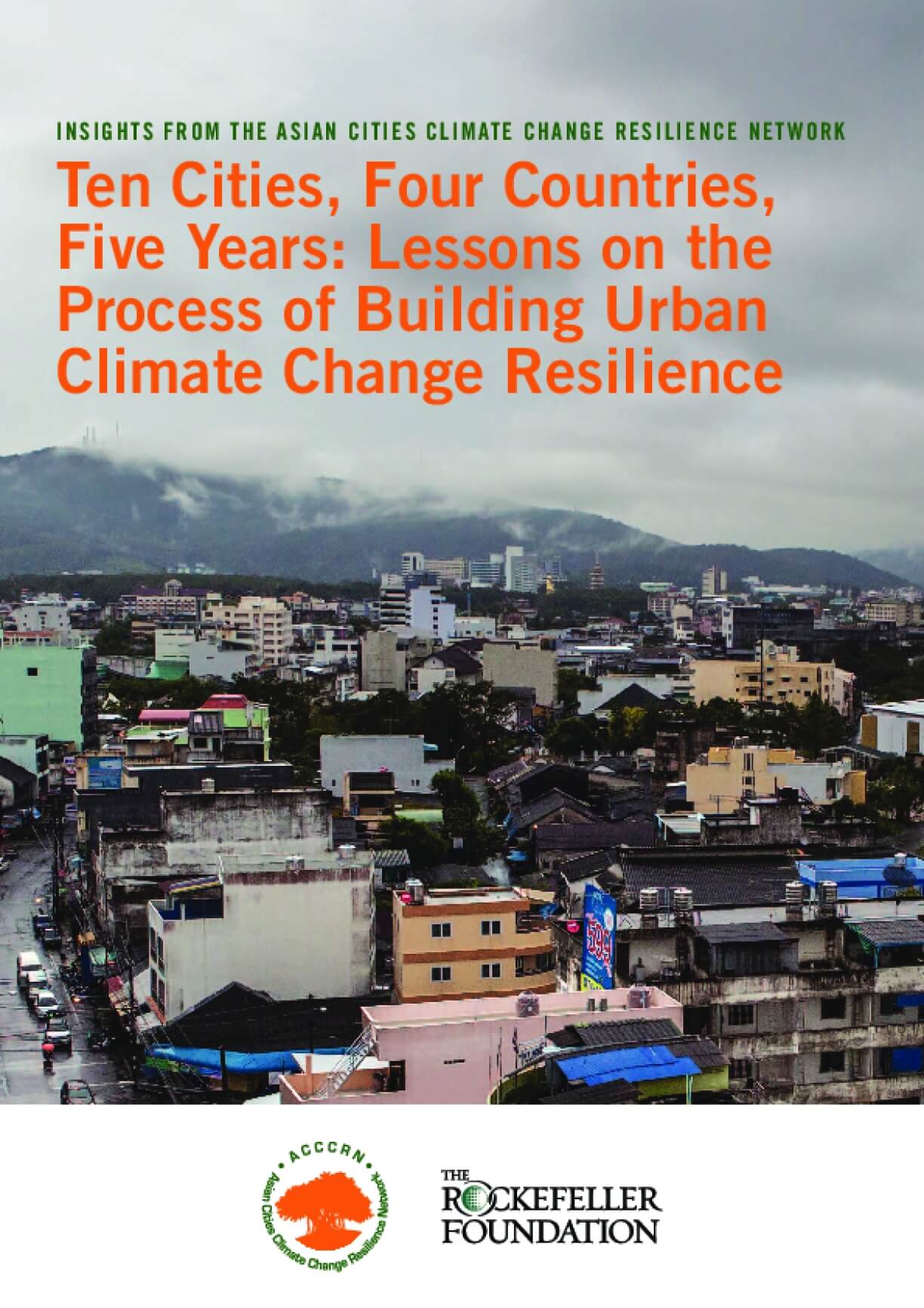