For decades, Philadelphia's property tax system has been criticized as outdated and unfair. In many cases, assessments have had little relation to actual property values -- or to assessments of similar structures across the street. In the spring of 2013, Philadelphia City Council is expected to adopt an overhaul of the city's property tax system, effective for tax bills due early in 2014. It is called the Actual Value Initiative (AVI).

The Actual Value Initiative would transform property taxation in Philadelphia in three significant ways, changing the certified market value of every piece of property in the city, the way individual assessments are used to calculate tax bills, and how property owners deal with any big tax increases that might result from the new system.

In recent years, no large city has set out to change all three at once. And while transformations of property tax systems in other jurisdictions have been the result of court orders and state mandates, Philadelphia is preparing to act on its own volition.

Perhaps the most important component of the city's plan is the simultaneous reassessment of all 579,383 pieces of real estate in the city. Some properties have not been reassessed since 2004, many others not since the 1980s. According to the city's chief assessment officer, Richie McKeithen, Philadelphia has never experienced a thorough citywide field inspection of every property and its various characteristics.

As the city prepares to undergo what will be a painful transition for some, we set out to better understand the challenges involved. We did so by studying the experiences of other cities and counties, the long history of fitful reforms and partial reassessments that have brought Philadelphia to this point, and the measures that the city is considering to help mitigate the steep tax increases that await some homeowners.

Among the key findings of this report:

This report does not include projections about what the tax rate will be under AVI, how the overhaul will affect assessments in specific neighborhoods, or how much change there will be in the share of property tax revenue generated by residential as opposed to commercial parcels. None of that information will be known until assessment numbers are made public and City Council adopts a new tax rate. 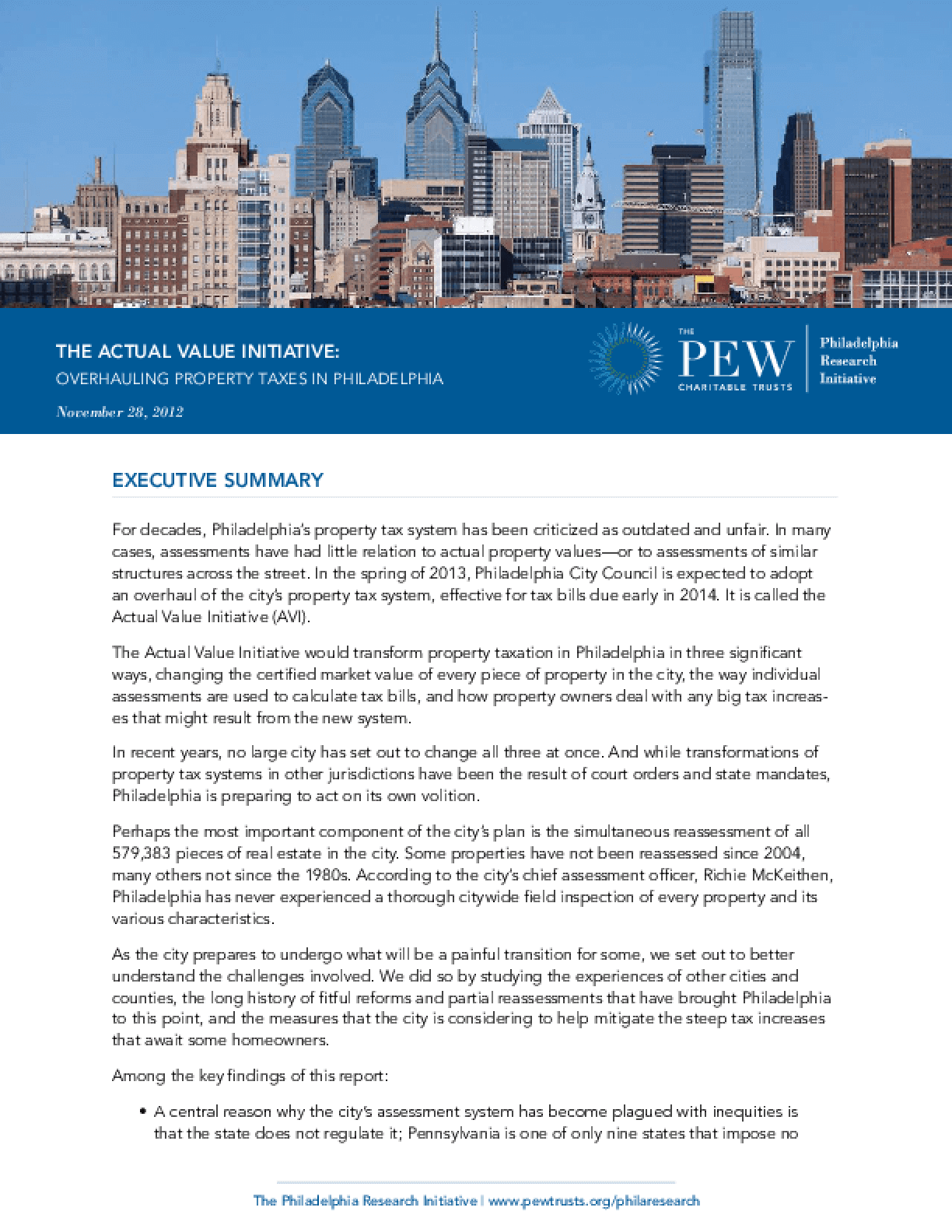