The Demographics of Mobile News Habits Men, College Grads and the Young are more Engaged

In the growing realm of mobile news, men and the more highly educated emerge as more engaged news consumers, according to this new study by the Pew Research Center's Project for Excellence in Journalism, in collaboration with The Economist Group. These findings parallel, for the most part, demographic patterns of general news consumption.

But there are some important areas of difference between mobile and general news habits -- particularly among young people. While they are much lighter news consumers generally and have largely abandoned the print news product, young people get news on mobile devices to similar degrees as older users. And, when getting news through apps, young people say they prefer a print-like experience over one with high-tech or multi-media features.

These are key findings of an analysis of mobile news habits across a variety of demographic groups. This report builds off an earlier PEJ and The Economist Group report, The Future of Mobile News, which found that half of U.S. adults now own mobile devices and a majority use them for news. Both reports are based on a survey of 9,513 U.S. adults conducted from June-August 2012 (including 4,638 mobile device owners). Men, especially young men, are heavier mobile news consumers than women. More than 40% of men get news daily on either their smartphone and/or tablet, compared with roughly 30% of women. On the tablet specifically, men check in for news more frequently and are more apt to read in-depth news articles and to watch news videos. Women, on the other hand, are more likely than men to use social networks as a way to get news. 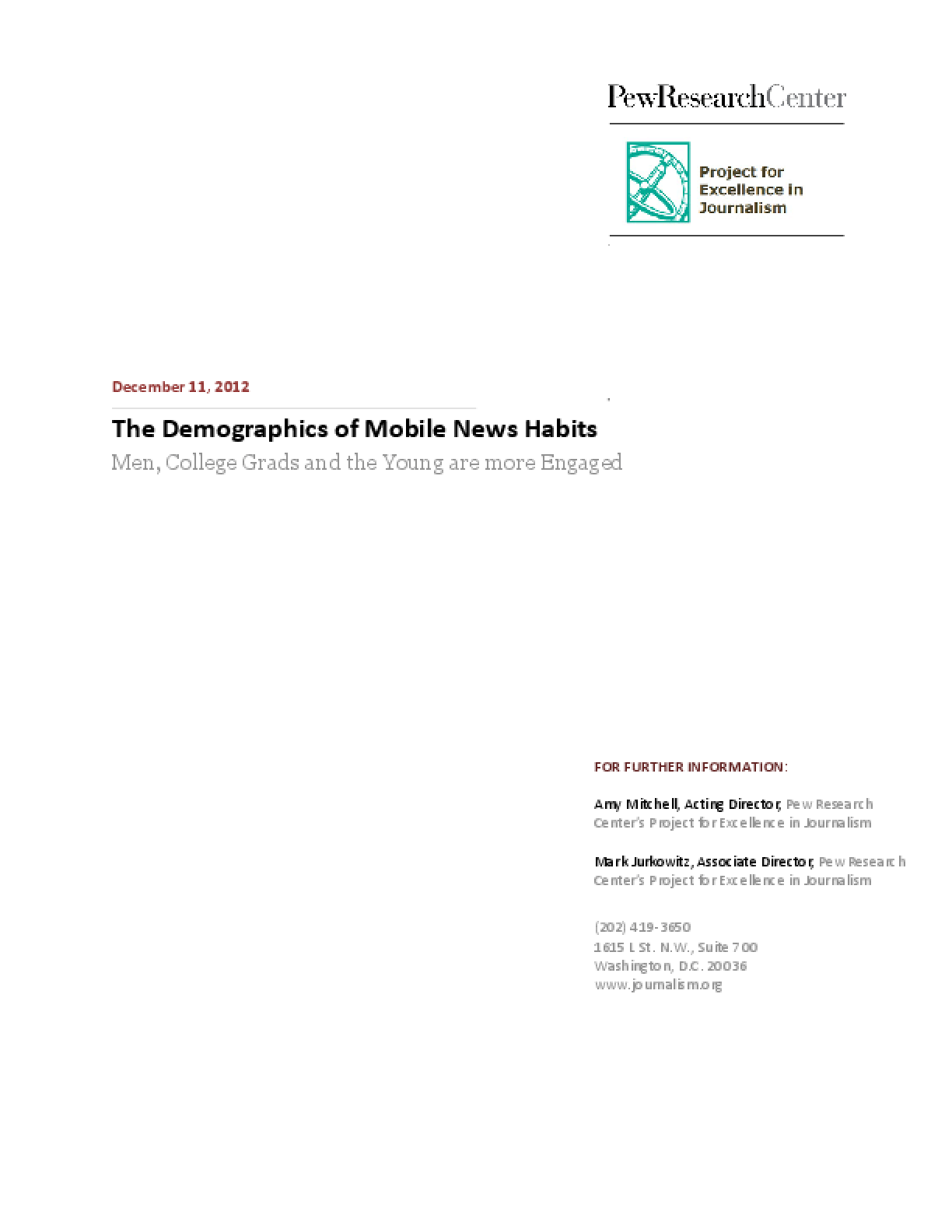