The Difficult Transition from Military to Civilian Life

Military service is difficult, demanding and dangerous. But returning to civilian life also poses challenges for the men and women who have served in the armed forces, according to a recent Pew Research Center survey of 1,853 veterans. While more than seven-in-ten veterans (72%) report they had an easy time readjusting to civilian life, 27% say re-entry was difficult for them -- a proportion that swells to 44% among veterans who served in the ten years since the Sept. 11, 2001, terrorist attacks.

Why do some veterans have a hard time readjusting to civilian life while others make the transition with little or no difficulty? To answer that question, Pew researchers analyzed the attitudes, experiences and demographic characteristic of veterans to identify the factors that independently predict whether a service member will have an easy or difficult re-entry experience.

Using a statistical technique known as logistic regression, the analysis examined the impact on re-entry of 18 demographic and attitudinal variables. 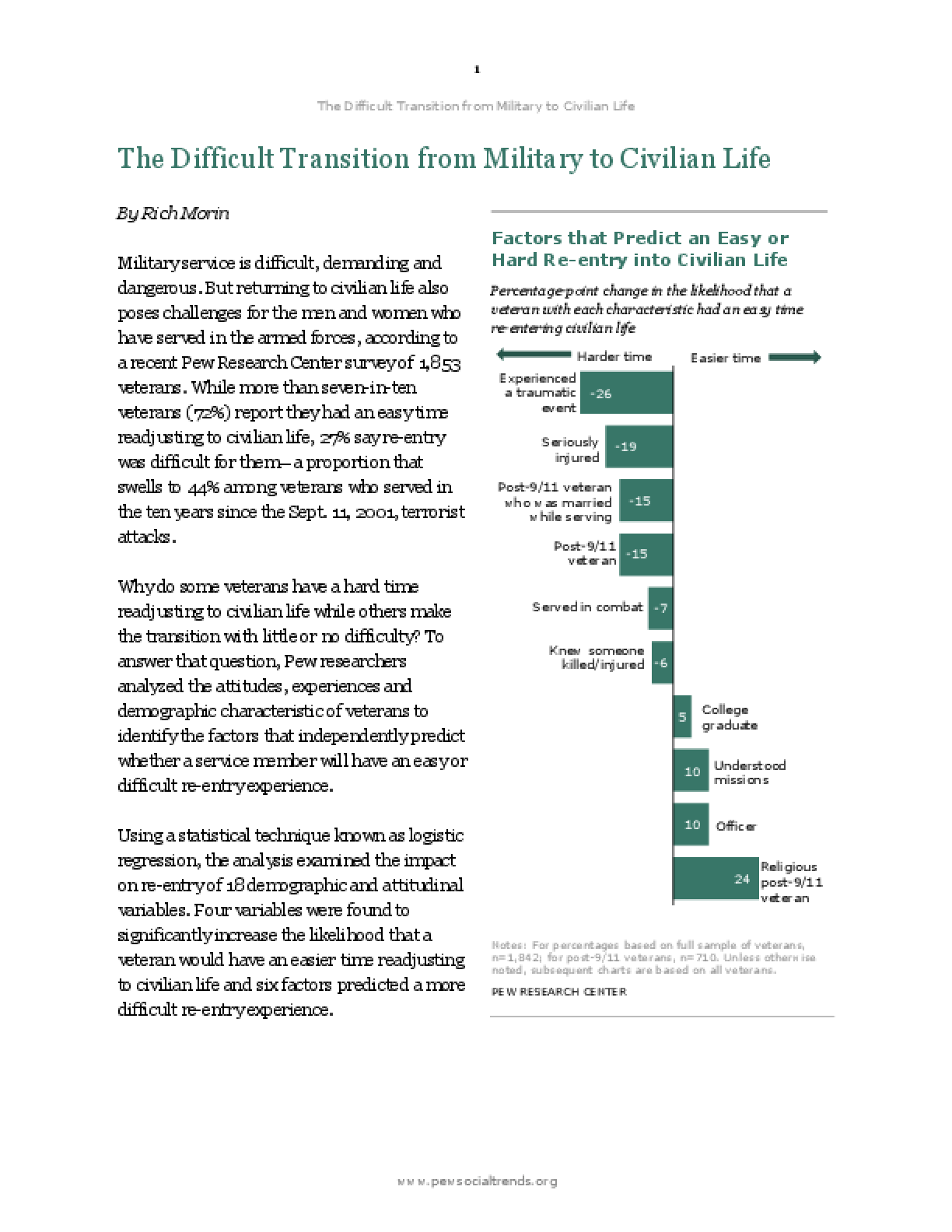