The Final Days of the Media Campaign 2012

In the final week of the 2012 presidential campaign, Barack Obama enjoyed his most positive run of news coverage in months, according to a new study by the Pew Research Center's Project for Excellence in Journalism. Only during the week of his nominating convention was the treatment in the press more favorable.

Much of that surge in positive coverage, the data suggest, was tied to Obama's strategic position, including improving opinion polls and electoral math, rather than directly to positive assessments of Obama's response to Superstorm Sandy. The storm, however, appeared to reduce the amount of attention focused on Mitt Romney and may well have influenced public attitudes about the president. During this final week, from October 29 to November 5, positive stories about Obama (29%) outnumbered negative ones (19%) by 10 points. 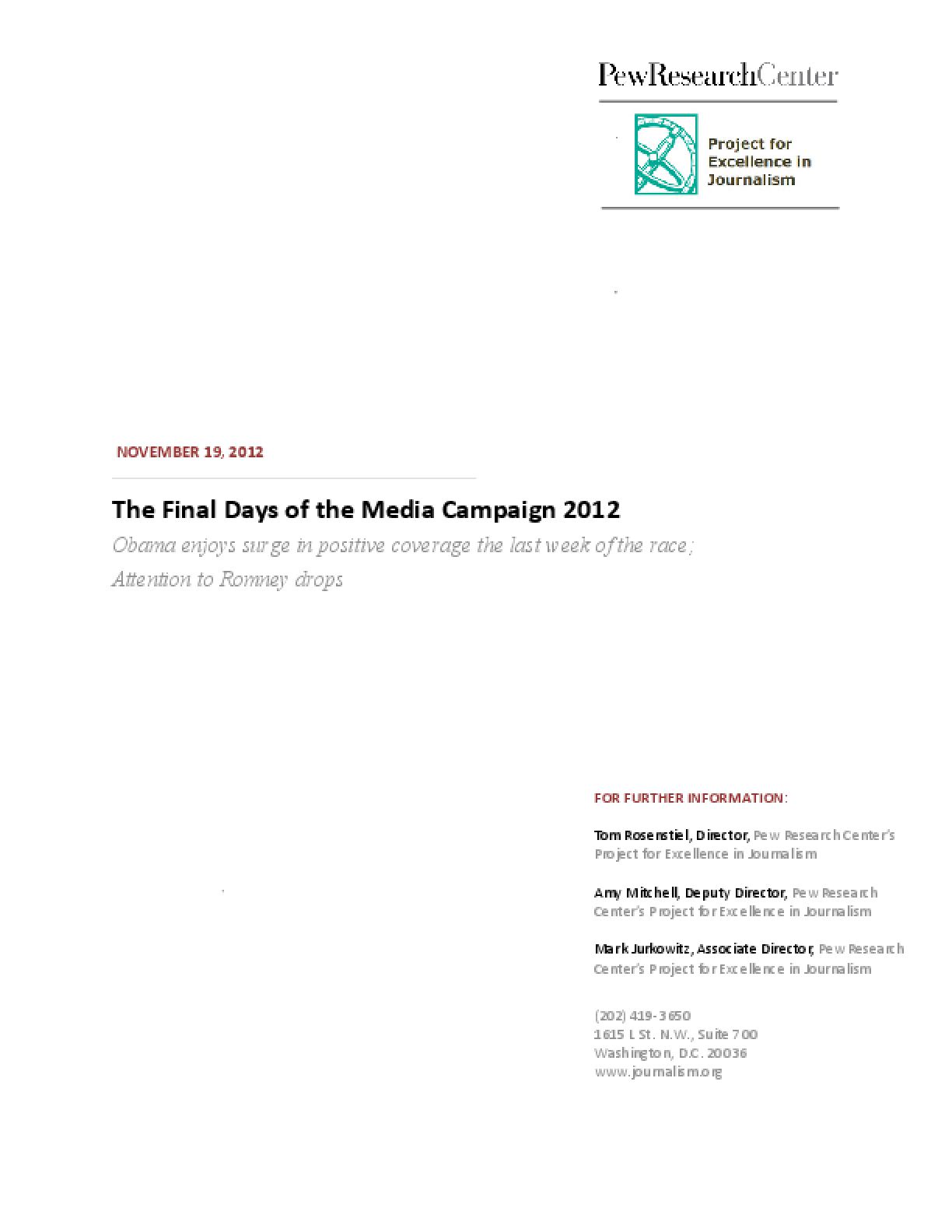