On January 22, 2013 the Council of State Governments Justice Center released The Impact of Probation and Parole Populations on Arrests in Four California Cities. The unprecedented study answers one question that to date has been a matter of speculation among law enforcement and corrections officials everywhere: to what extent do people on parole and probation contribute to overall crime rates?

Among the most notable findings in these four jurisdictions: 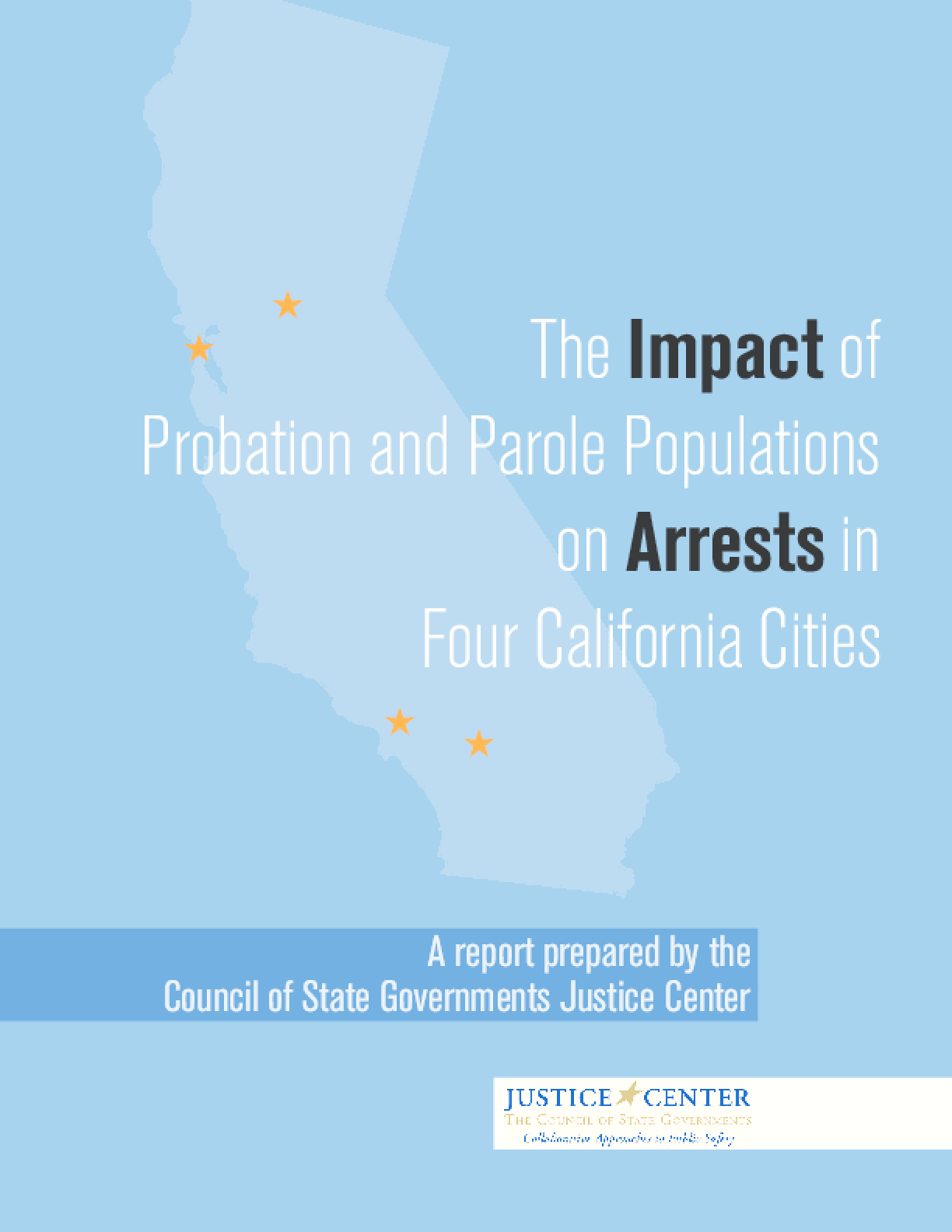