The Revision of the Posted Workers Directive: Towards a Sufficient Policy Adjustment?

Labour mobility within the European Union continues to be a limited phenomenon. This concerns both long-term intra-EU mobility and more temporary forms of mobility such as posting of workers, i.e. workers posted to another member state in the framework of cross-border service provision. Yet, despite the limited nature of posting, this topic is far from being absent from the public and political debates. Several factors contribute to this. Firstly, a surge in the number of posted workers has been noticed over the recent years and increased attention has therefore been paid to this issue. Quite a few economic sectors, including construction, manufacturing, and social work, are very concerned by this trend. Secondly, several types of abuses have been recorded such as letter-box companies, bogus self-employment and exploitation of the posted workers' vulnerable situation. Thirdly, questions have been raised as to whether the balance struck by the EU legislator in 1996 (when adopting the Posted Workers Directive) between the freedom to provide crossborder services and the workers' social rights is still valid today. These elements highlight the need for a policy adjustment in order to preserve the legitimacy of the citizens' and workers' freedom to move and, to a certain extent, of the social dimension of the European project. In this context, the European Commission published a proposal to revise the 1996 Directive in order to strike a better balance between economic and social rights. But is this proposal sufficient to ensure a level playing field between economic actors and equal treatment between workers? How will this proposal affect the implementation of other EU initiatives aiming to tackle fraud and abuse? What else is needed to address the tensions between the Single Market principles and the EU's social objectives? This discussion paper, published in the context of the Dutch Presidency and the ongoing negotiations of a revised Directive on posted workers, focuses on these questions while proposing some concrete solutions for a fairer policy framework. 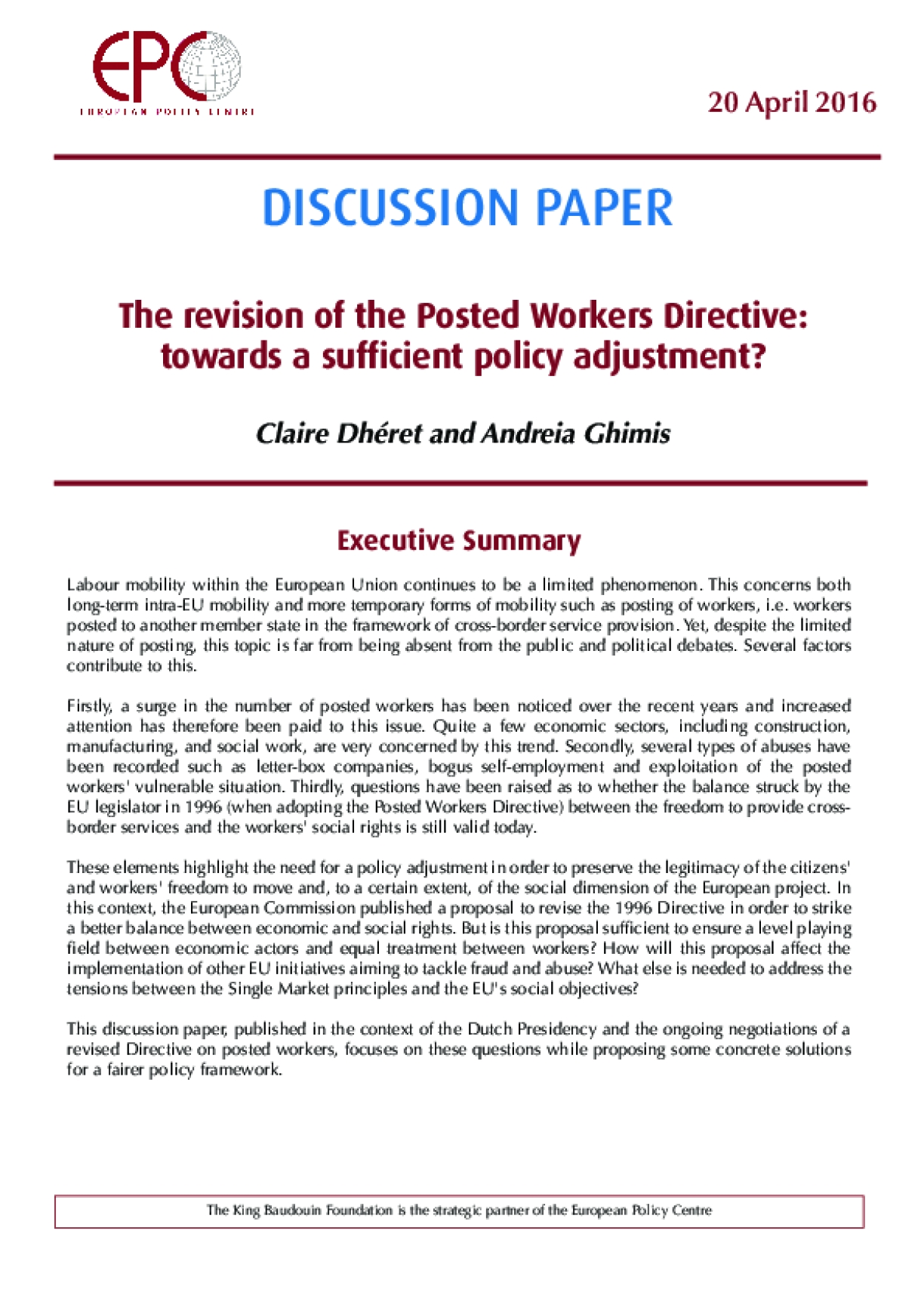