The Scorecard on Development, 1960–2016: China and the Global Economic Rebound

This report looks at the rate of progress of economic, health, and social indicators, including per capita GDP, mortality, life expectancy, and education for all countries with available data. It examines the twenty-first century rebound for the majority of low- and middle-income countries after an unusual long-term decline in the rate of progress on most of these indicators in the last two decades of the twentieth century. It discuss the role of China in the twenty-first-century rebound, and the possible role of major policy changes that took place in many low- and middle-income countries, as well as other policy and institutional influences.

The report is the latest edition of a series that began in 2001; the last version was published in 2011. The first two editions of the Scorecard (2001 and 2005) documented a then ongoing, historic long-term economic failure that occurred in the 1980s and '90s, before most low- and middle-income countries began to experience an economic rebound. 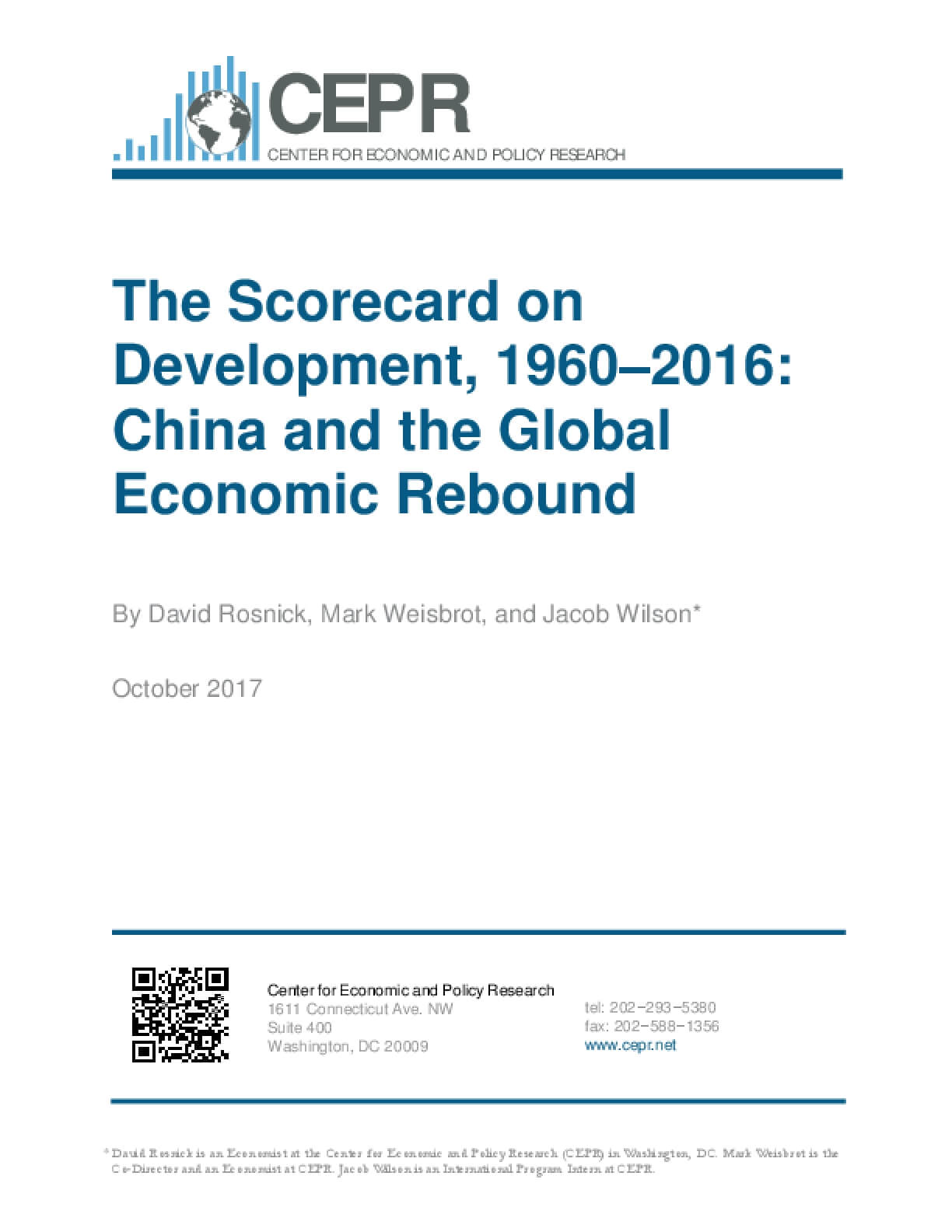