We examine the relationships between students' self-reported interest and their responses to a physics beliefs survey. Results from the Colorado Learning Attitudes about Science Survey (CLASS v3), collected in a large calculusbased introductory mechanics course (N=391), were used to characterize students' beliefs about physics and learning physics at the beginning and end of the semester. Additionally students were asked at the end of the semester to rate their interest in physics, how it has changed, and why. We find a correlation between surveyed beliefs and self-rated interest (R=0.65). At the end of the term, students with more expert-like beliefs as measured by the 'Overall' CLASS score also rate themselves as more interested in physics. An analysis of students' reasons for why their interest changed showed that a sizable fraction of students cited reasons tied to beliefs about physics or learning physics as probed by the CLASS survey. The leading reason for increased interest was the connection between physics and the real world. 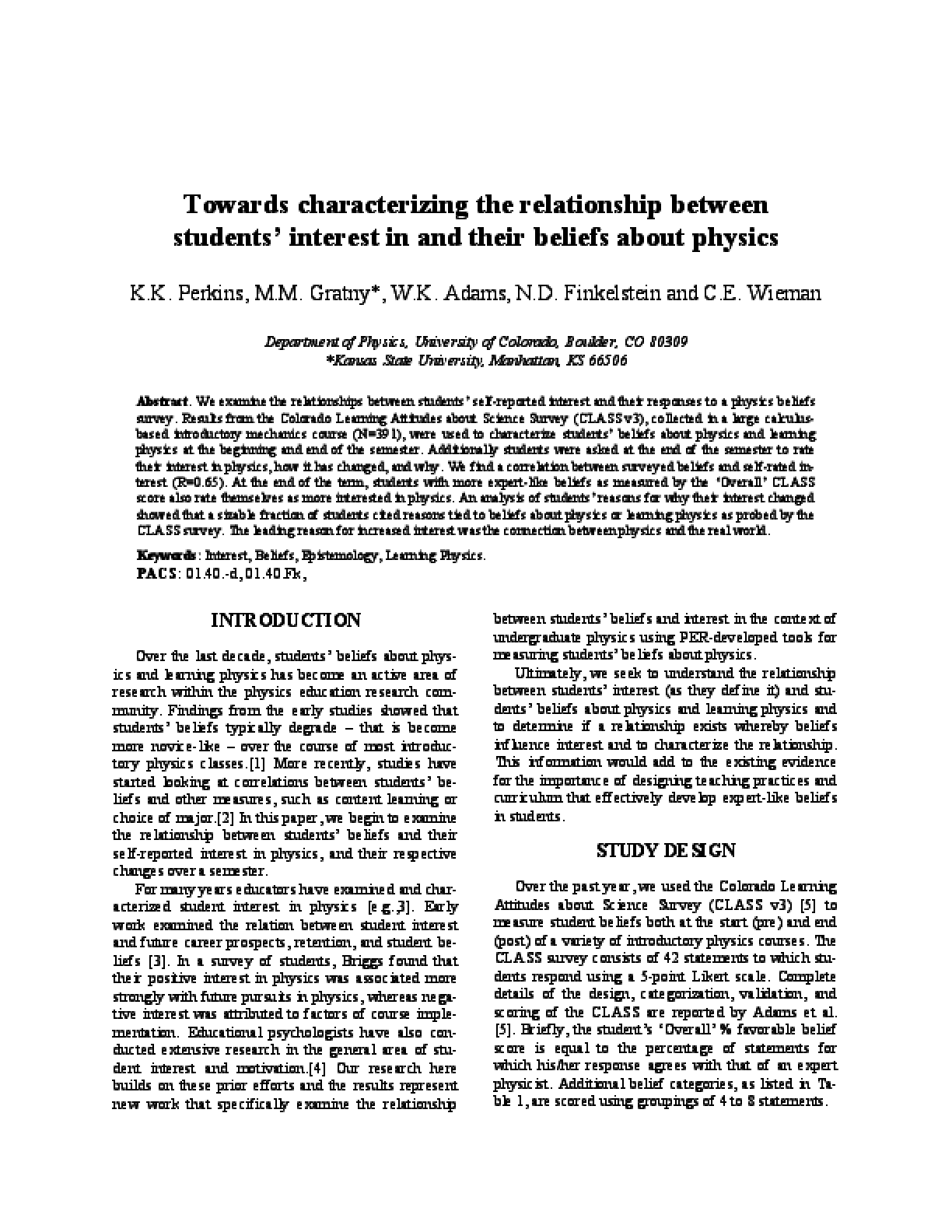