While the balance of opinion toward abortion nationwide has remained largely steady over the past 20 years, there are wideningd isparities in public attitudes on the issuea cross different regions of the country. 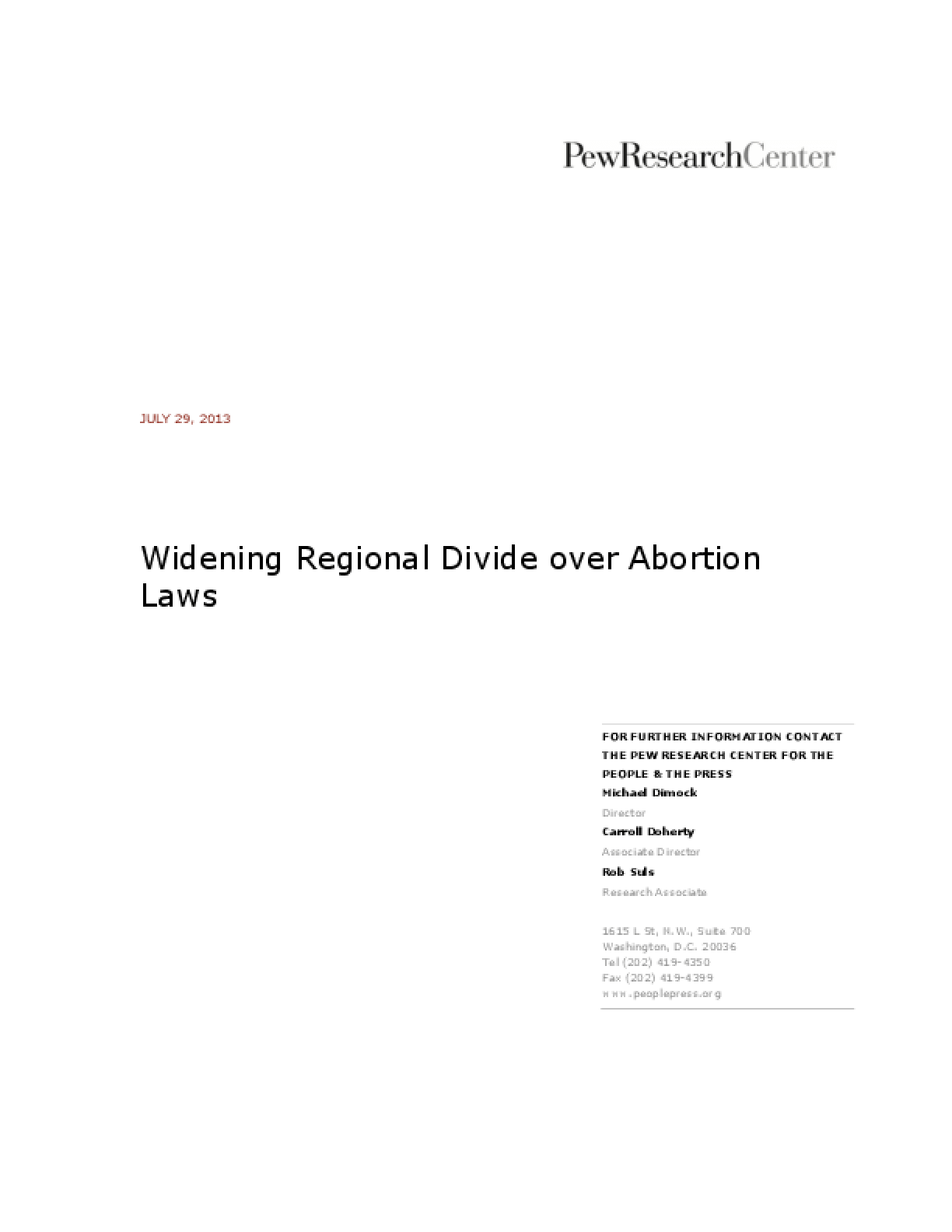