A People's Budget: A Research and Evaluation Report on Participatory Budgeting in New York City

This cycle of Participatory Budgeting in New York City ushered in a significant expansion of the process from previous years, with 24 Council Members -- nearly half the City Council -- taking part. More than six thousand New Yorkers brainstormed ideas for projects to improve their community, and more than 50,000 turned out to vote all across the city, at high schools, senior centers, public housing developments, community centers, in parks and on street corners. Through the PB process, driven by and centered on community members, New Yorkers determined the allocation of more than $30 million of City Council funds to bring to fruition capital projects in their Council districts. This year, for the first time, the process was supported by the City Council Speaker's office, with the dedication of resources and coordinating support, including: contracts issued to enlist community-based organizations in PB outreach; assistance in translation, printing and counting of PB ballots; media outreach and PB promotion; and central coordination of trainings and meetings throughout the process. Participatory budgeting (PB) allows community members -- instead of elected officials alone -- to determine how public funds should be spent, from start to finish. Four years ago, in 2011- 12 a pilot process in four City Council districts brought this unique form of direct democracy to this city. Since then, the process has grown with each PB cycle, with this year's process seeing a six-fold increase in the number of participating Council districts and the amount of money allocated to the process, and more than eight times as many New Yorkers casting PB ballots. 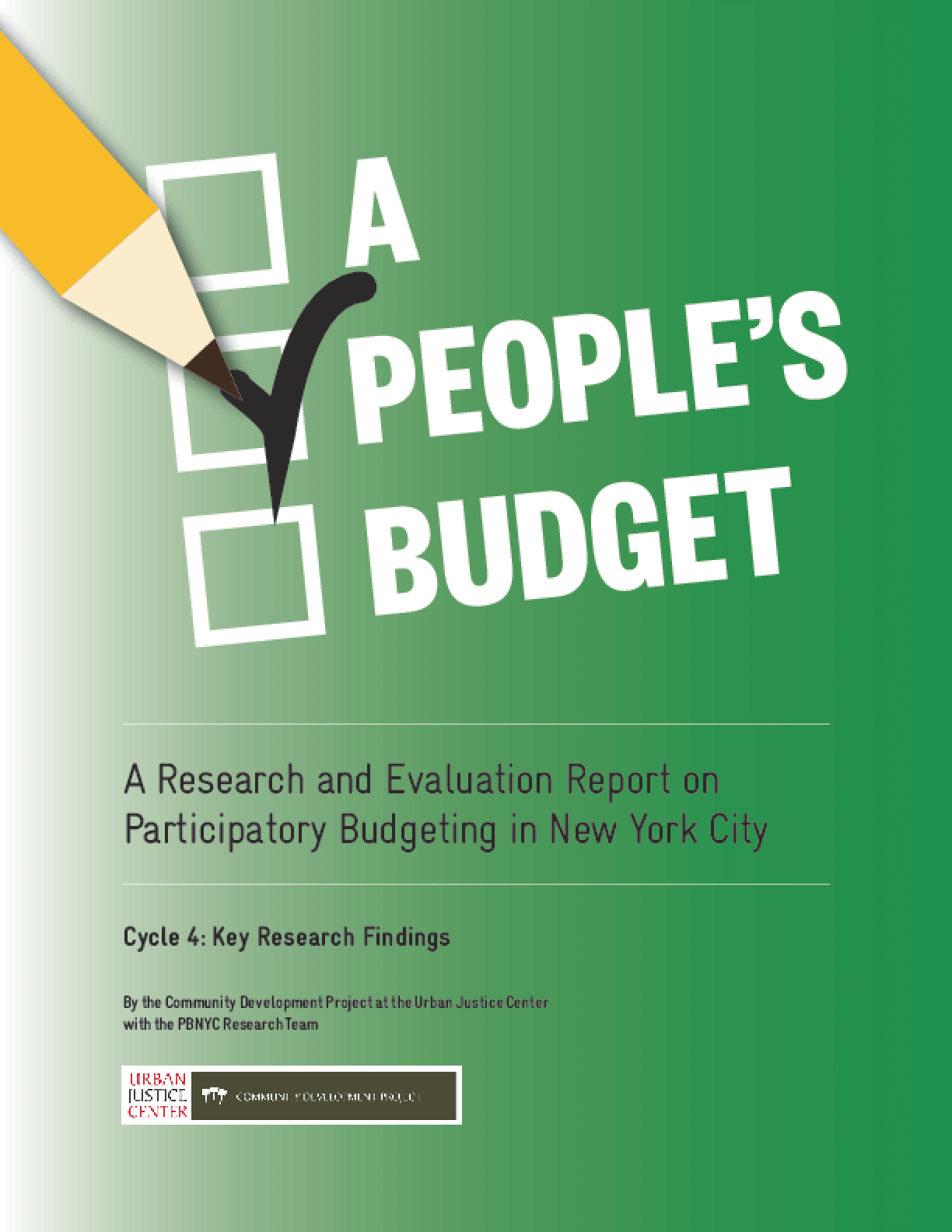