America Goes to the Polls 2012: A Report on Voter Turnout in the 2012 Election

All 50 states have certified their results. The 2012 presidential election is officially in the books. The election survived Hurricane Sandy and a blizzard of proposed or enacted state level changes in voting procedures. An estimated 58.7% of eligible voters turned out to vote, below 2008's benchmark high but still above most presidential elections of the last 40 years in spite of a steep drop off in turnout in hurricane-impacted New York and New Jersey. Minnesota first in turnout, Hawaii last * Minnesota was number one in the country in voter turnout asit has been for eight of the last nine national elections Wisconsin came in 2nd with Colorado rising to 3rd. * The nation's most populous states -- California (41st), New York (44th) and Texas(48th) -- ranked in the bottom ten, dragging down national turnout. Swing States and Election Day registration states are highest in turnout * Seven of the top ten turnoutstates had Election Day registration orswing state status or both. * In 2012 voter turnout in states with Election Day registration -- where voters can register or update their registration on Election Day -- was 12 points higher than in those without that option, a turnout advantage consistent over the last six national elections. * Voter turnout in the ten swing states most targeted by campaigns was 65%,seven points higher than in non-swingstates, which had an average turnout of 58%. Presidential campaigns target just 10 states, ignore the other 40 * 96% of the spending on television ads between April 11th and November 6th by presidential campaigns and allied groups went to ten battleground states. * Nearly six times as much ad money was spent in Florida alone than was spent in the 40 non-swing states and DC. * 99% of campaigns stops by the presidential or vice presidential candidates were in these states. Voters continue to embrace Early Voting * National polls showed 33-40% of voters voted early in-person or by mail, up from 31% in 2008 and 23% in 2004. * The rise in early voting came despite reductionsin early voting hoursin Florida and Ohio. Fewer early voting hours contributed to 225,000 fewer voters in Florida taking advantage of in-person early voting and long lines at the polls on Election Day. Youth turnout grows in size and diversity * Young voters ages 18-29 surprised observers by increasing theirshare of national voter turnout from 18% to 19%. * The percent of eligible young voters whose ethnicity is Latino, black or other than non-Hispanic white grew to 42% last year. In comparison, the same population 30 and over formed a 24% share of the vote.For the first time one in ten voters were Latino * 10 percent of the electorate turning out to vote was Hispanic. That figure was even higher in some western states, including the battleground states of Colorado (14%) and Nevada (18%). * Latinos will account for 40% of the growth in the eligible electorate in the U.S. between now and 2030, doubling in size. * Black voters were 13% of the electorate and their turnout rate may have exceeded that of whites forthe first time in 2012. 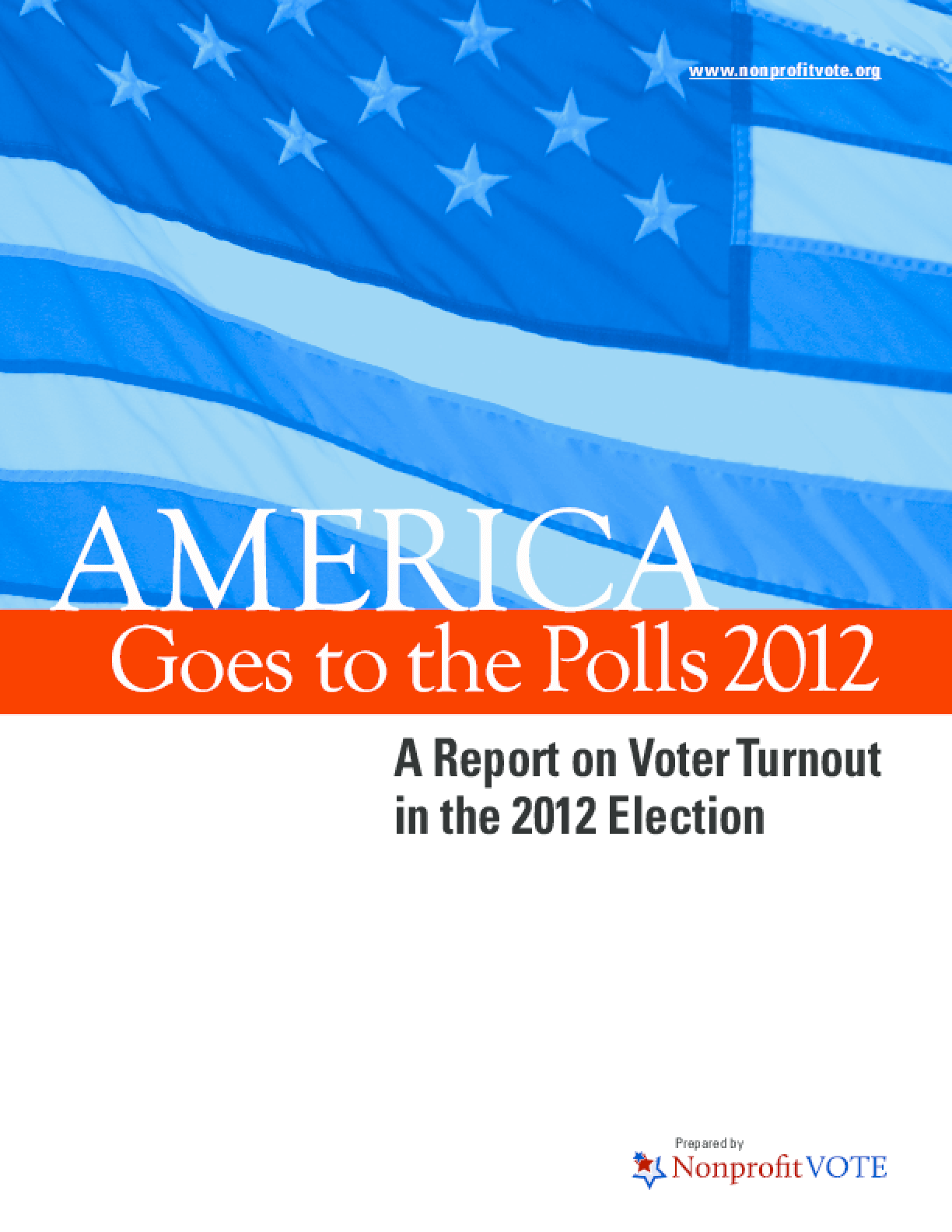