This report describes the National Council on Crime and Delinquency's forecast of future bed space needs for youth detained in the adult criminal justice system in the City of Baltimore, Maryland. These youth are processed and, if necessary, detained in the adult system-currently in the Juvenile Unit of the Baltimore City Detention Center (BCDC)-after either being charged with certain crimes that require their automatic involvement in the adult justice system (known as an automatic waiver) or being sent to the adult system by a juvenile court judge (known as a judicial waiver).The State is currently considering options for housing these youth, as the present facility is inadequate. A new facility is in the planning stages and is designed to hold 180 youth, based on a forecast completed by the State in 2007. In a 2010 report by NCCD, the earlier forecast was found to overestimate the number of beds needed in a new facility. Subsequently, the Maryland Department of Public Safety and Corrections Services (DPS), along with two local foundations, the Open Society Institute-Baltimore and the Annie E. Casey Foundation, asked NCCD to perform this new forecast to assist in the decision-making process. 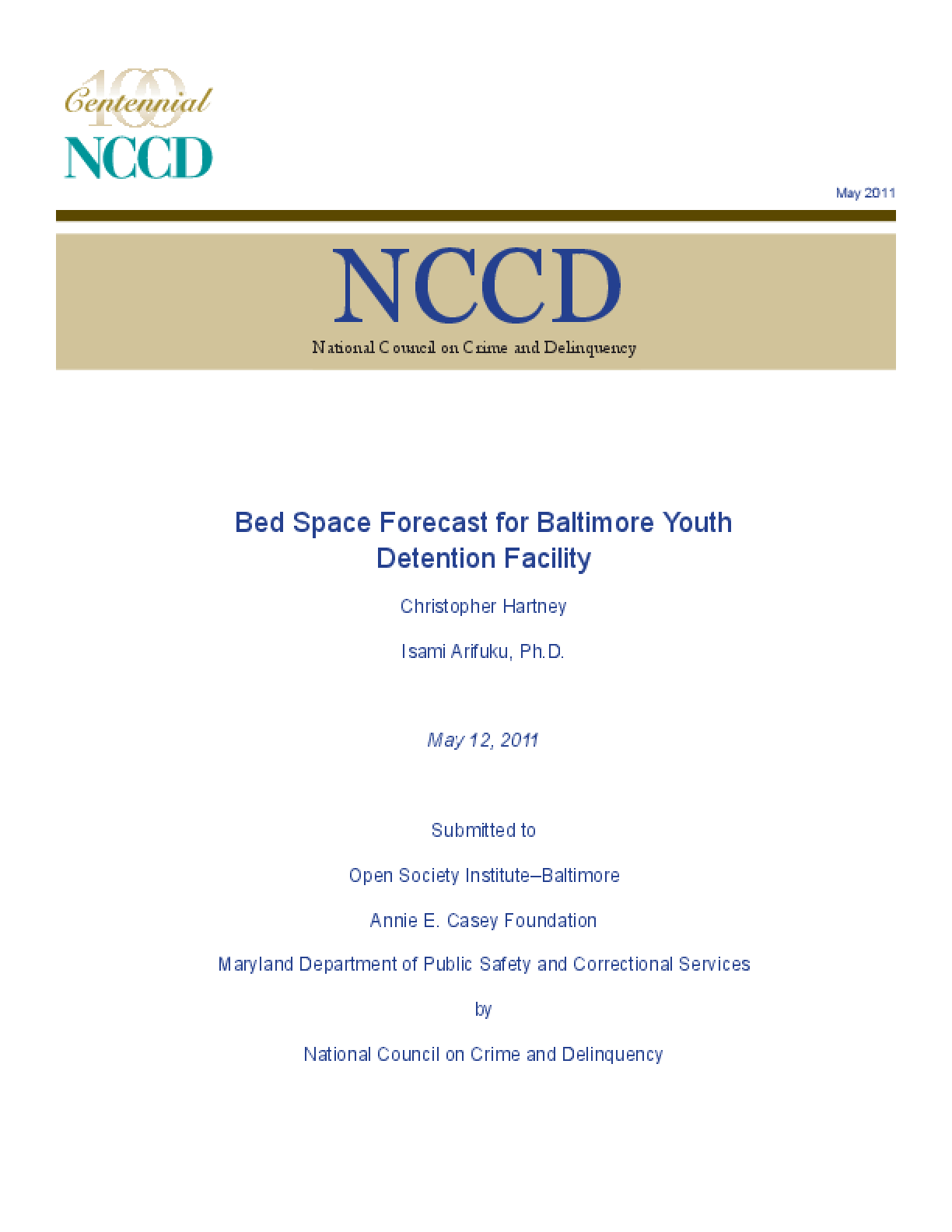