Construction Ahead? Public Opinion on Transportation in Massachusetts

In January, the Massachusetts Department of Transportation (MassDOT), at the direction of the state legislature, delivered a 10 year plan for the Massachusetts transportation network. Governor Patrick has endorsed the MassDOT plan, and he identified transportation as one of his main priorities during his State of the Commonwealth address and in his budget proposal. The leaders of both the House and Senate have said they intend to take action on transportation, but have signaled that they may consider alternatives to the governor's specific proposal.

In preparation for this public debate, MassINC and The MassINC Polling Group (MPG) have conducted a yearlong research project on the opinions of Massachusetts voters regarding the condition of the state's transportation network and options for financing it, both now and in the future. This project included dozens of interviews with transportation experts, nine focus groups across Massachusetts, and two statewide public opinion polls. The research described in this report is intended to inform the participants in the debate and to provide state leaders with timely insight into the opinions of Bay State residents on this critical issue.

When asked what investments they would prefer, a majority of voters across the state pointed to both roads and transit. This included majorities or pluralities even in regions outside of Boston, where interest in transit investment is often thought to be less intense (Figure 2). 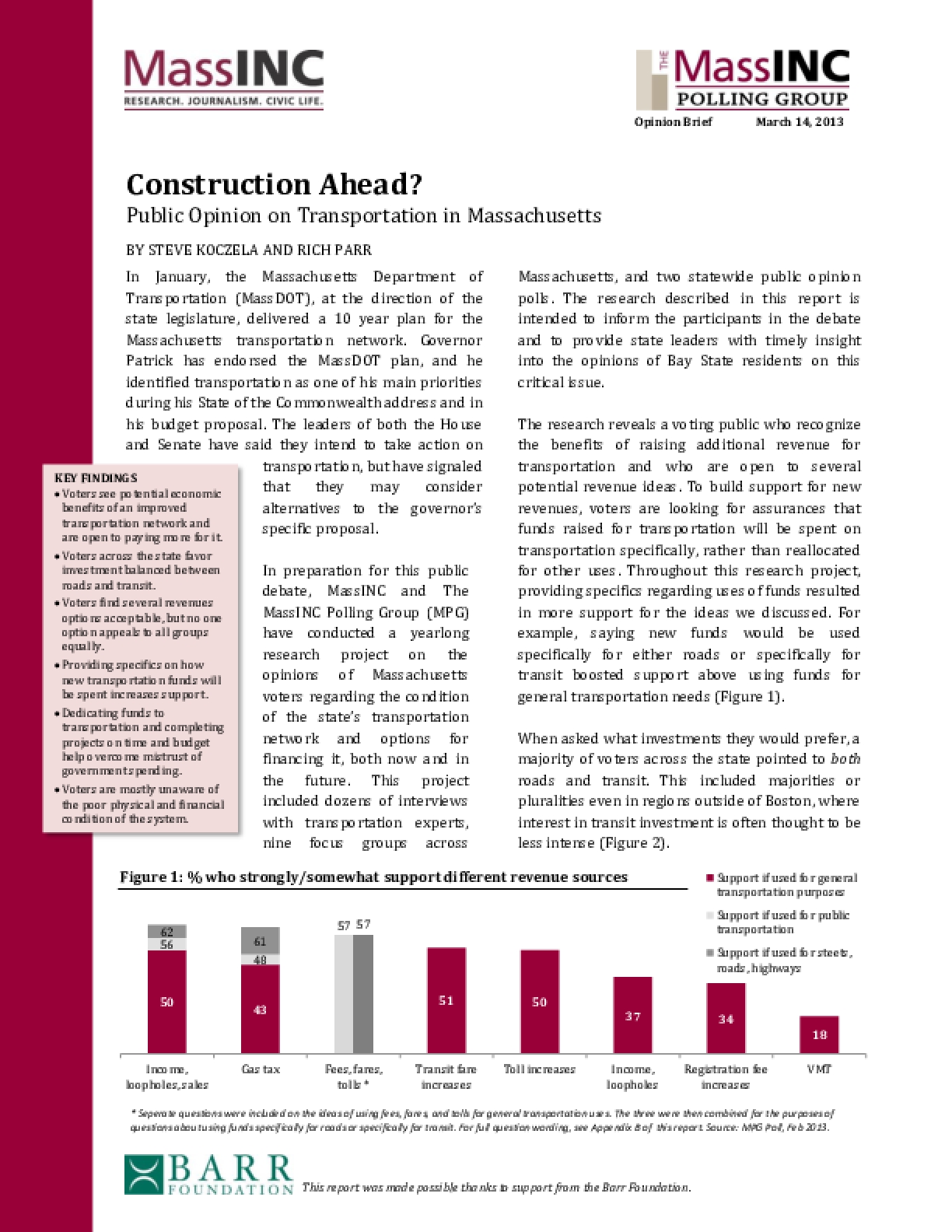