In most countries, subsoil oil, gas and mining resources are the property of citizens and are managed on their behalf by governments. The projects that contracts govern typically last longer than most governments. Estimated oil, gas and mineral rents totalled $1.7 trillion globally in 2015 - 1.7% of global GDP in that year and more than the total GDP of the world's poorest countries. Oxfam believes that citizens have a right to know the full terms under which oil, gas and mineral resources are developed and sold, to enable them to assess whether the public benefits claimed are likely to become reality.

Contract disclosure in the oil, gas and mining sector is an emerging global norm. Given the progress by governments, international financial institutions and the Extractive Industries Transparency Initiative, Oxfam's research for this report aimed fill the information gap on corporate policies on contract disclosure. It provides a snapshot of current corporate policies based on a survey of 40 leading oil, gas and mining companies. 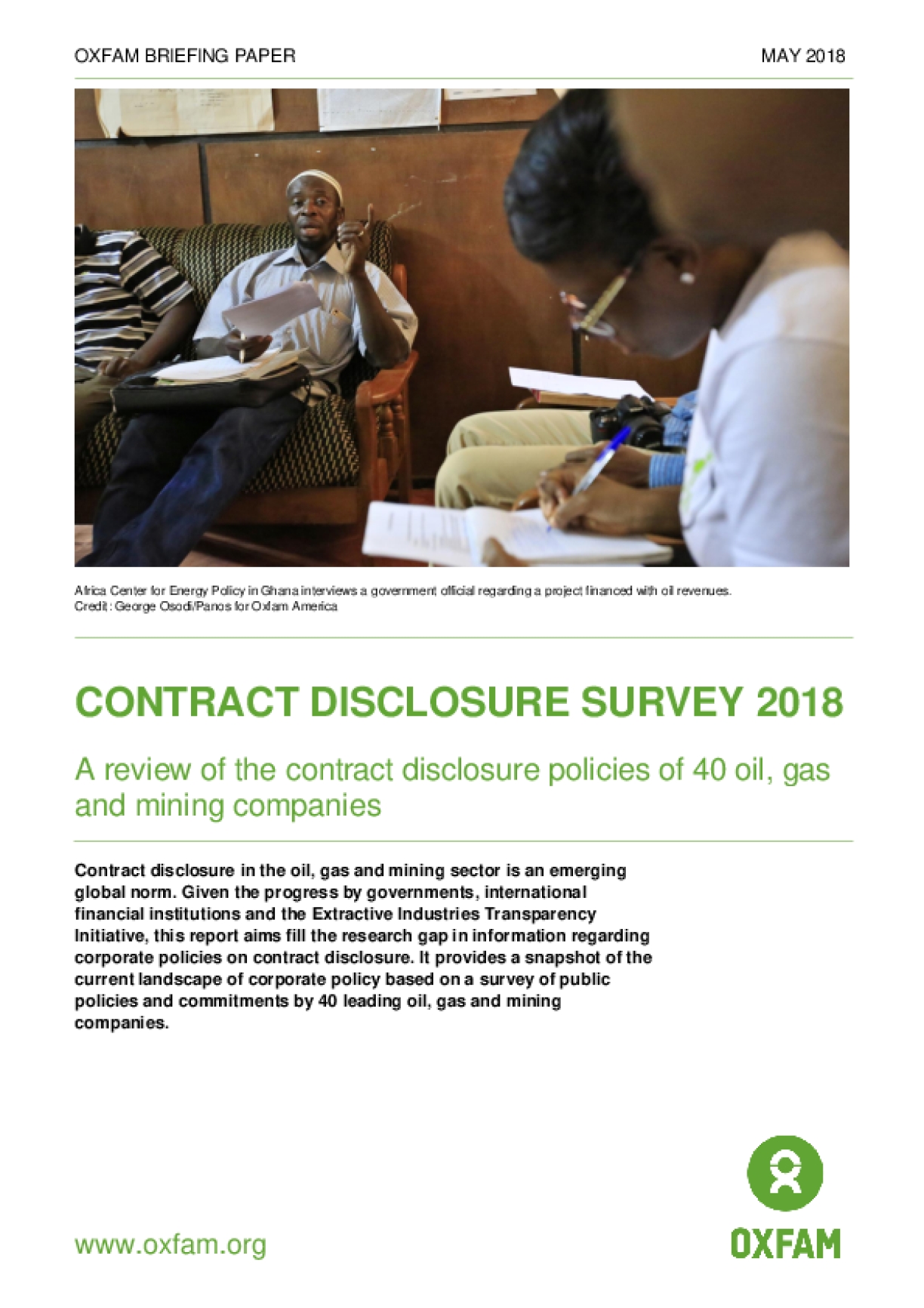