Fixing the state's transportation system is now consistently rated as a high priority for the state government, on par with perennial top issues like education and the economy.

There are a number of forces that account for this shift. The economy is booming, particularly in Greater Boston. Boston itself is growing in population, and in jobs. As the region grows, the transportation system is straining to meet the demand. "Rush hour" seems a quaint misnomer when the roads into and around Boston are clogged all day and often on weekends. The public transportation system, which failed catastrophically in during the winter storms of 2015, is overcrowded and unreliable, with breakdowns and delays on subways and commuter trains seemingly every morning and night. On top of it all, the threat of climate change looms, as seen in the recent winter storm that inundated the Boston waterfront and the Seaport District.

With so many day-to-day problems, and uncertainty changes on the horizon, voters are understandably anxious about the future. This new poll sheds light on how voters around Massachusetts view the transportation system, what they want to see done about it, how much to pay for it, and their hopes and fears for the future. Below is our analysis of those findings, which also draw on context from the extensive research we have conducted on transportation issues over the past 5-plus years. 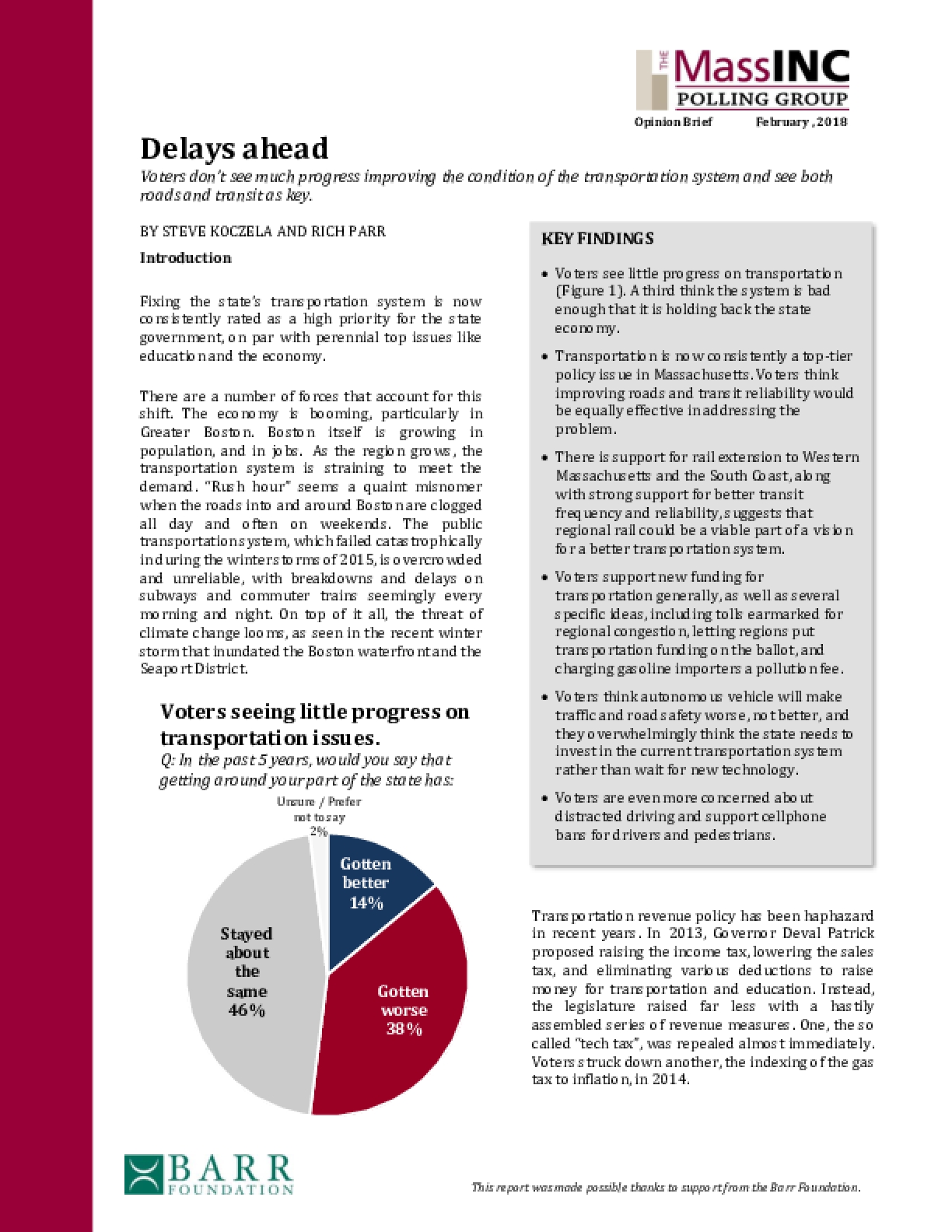