Do Corporations & Unions Face the Same Rules for Political Spending?

Corporations and unions face very different rules and requirements for their political spending. Labor unions must publicly disclose their political spending and, in some instances, face restrictions about seeking consent from their stakeholders before using political funds. Corporations do not face the same requirements. After Citizens United, there are many avenues through which corporations can spend money in politics without disclosing their financial support for particular candidates or causes. And corporations are not required to seek approval from their stakeholders -- in fact, shareholders don't even have the right under federal law to know if and how a company is spending money in politics.

This paper highlights the differences and broad implications of rules governing political spending by corporations and unions. It recommends Congress adopt a comprehensive disclosure regime like the DISCLOSE Act and the SEC meet its responsibility to update disclosure laws for corporate political spending in the wake of Citizens United. 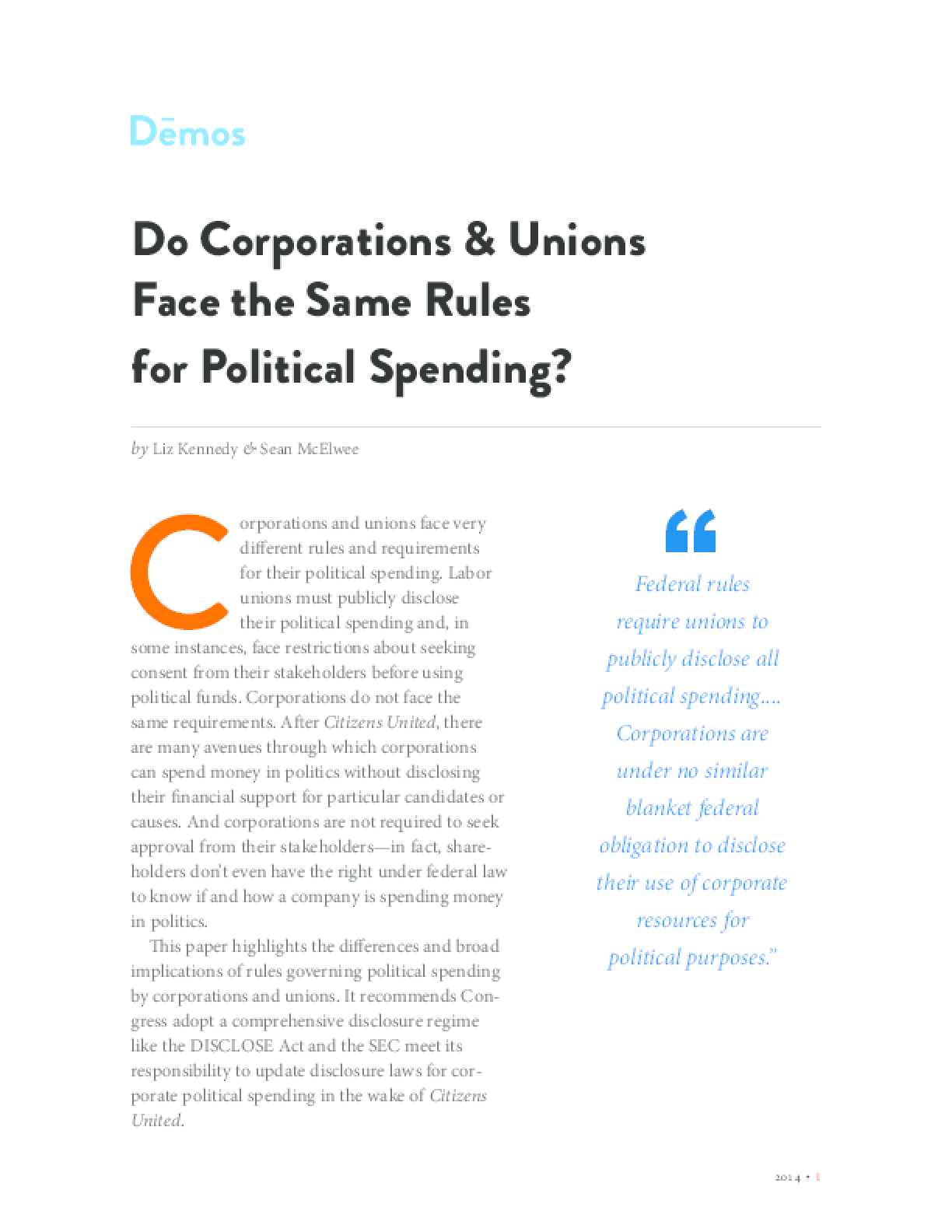