This study investigates the relationship between poverty awareness and the willingness to redistribute income, using an incentivized lab experiment with a between‐subjects design. Participants watched one (randomly determined) film out of three possible films for a translation exercise. Those in the treatment condition watched a film about poverty in Singapore; the other two films served as a control condition. I find that the showing the lives of people in poverty affect preferences for redistribution, making the viewer more tolerant towards a government redistribution of income. This effect remains robust even when controlled for emotional or mood states. I find no conclusive evidence of the impact of showing poverty on the viewer's contributions to charity. Showing poverty appears to have a positive effect on donations, but this effect reduces to close to zero when controlling for emotional and mood states. The heterogeneity analysis indicates that the more the viewer likes the film, the more influence the images have on the donations of the participant. 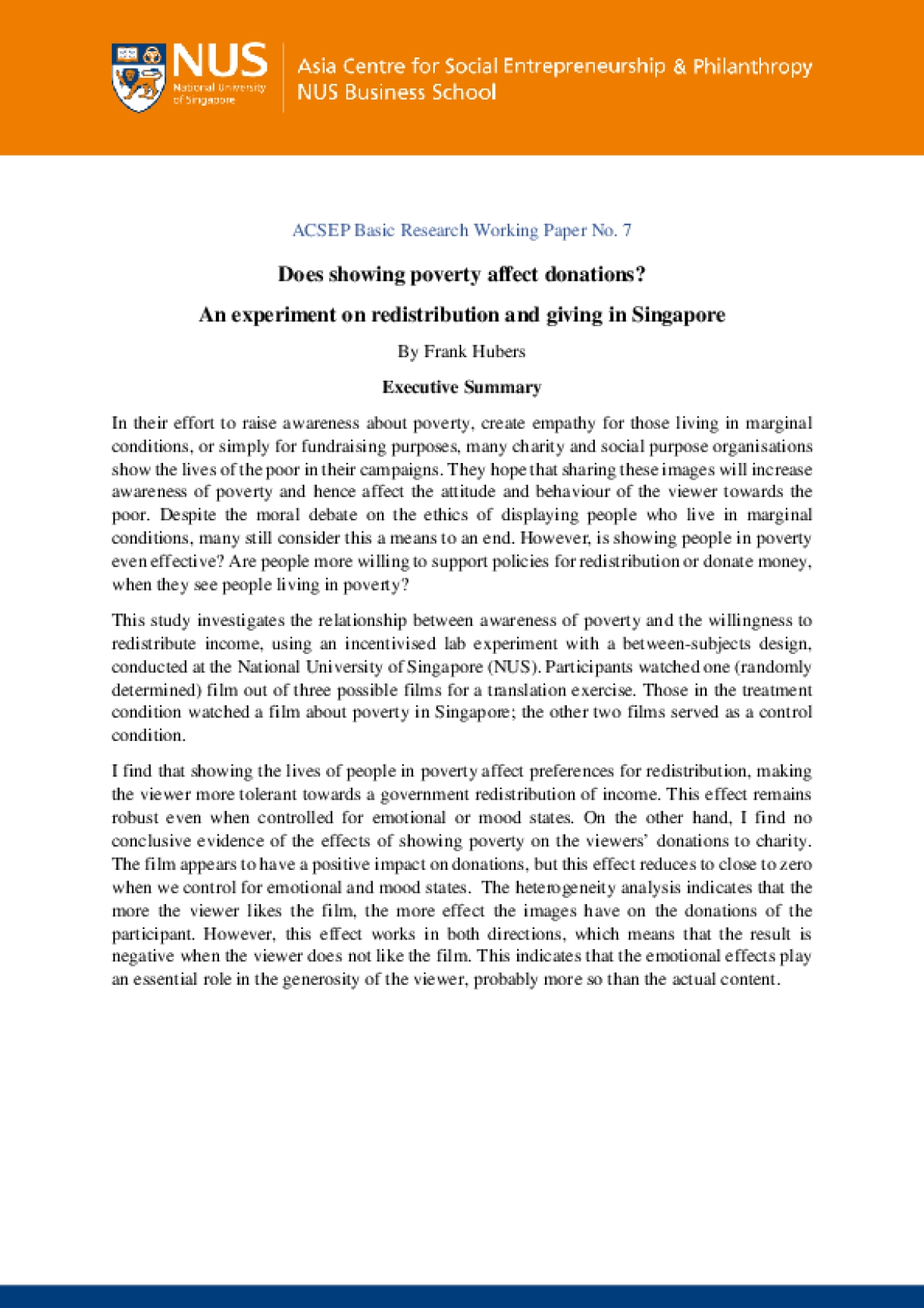