Across all low-wage industries, employers regularly fail to pay workers the wages required by law. However, despite increased efforts to combat rampant wage theft, New York law fails to hold employers accountable. Even when workers take an employer to court and win, employers often avoid paying what they owe. In the months or years it takes to get a court judgment, employers transfer money from their bank accounts, put property in the names of family members, close down their business or change its name, create sham corporations, ignore court orders, or leave the country with their property. Unlike other states, New York law does not provide adequate protection against these tactics. As a result, many workers never get paid the wages they earned, even when they engage in a lengthy legal process. This report is a snapshot of this wage collection crisis in New York. We explain why New York law fails to stop evasive employers from paying their workers, and we share the stories of workers affected by this failure. From 17 legal service organizations and employment attorneys who represent low-wage workers, we identified 62 recent New York federal and state court wage theft judgments that employers have not paid. These 62 cases collectively represented a total of over $25 million owed to 284 workers. New York law was of no assistance: the employers in these cases successfully avoided paying the wages ordered by the courts. 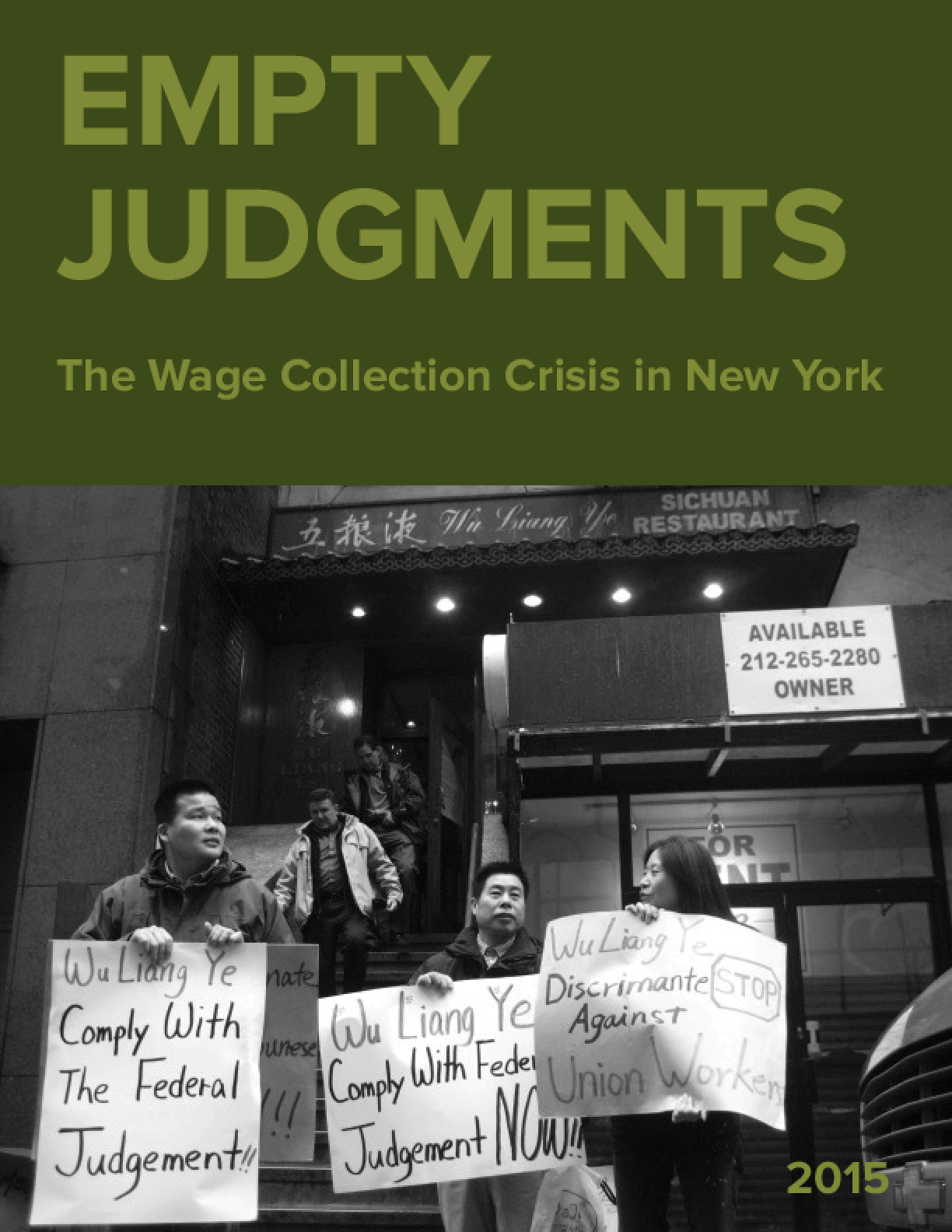