Baltimore has long been plagued by high rates of homicides, with guns playing an important role. City and law enforcement officials in Baltimore have attributed much of the gun violence to the illegal drug economy and the availability of guns for criminal use. For many years, the most visible and direct approaches employed by the Baltimore Police Department (BPD) to curb gun violence have focused on enforcement of drug laws to reduce violent crime associated with the drug trade. In the most ambitious and resource-intensive efforts, the objective of law enforcement actions has been to "take down" or severely weaken organized groups selling illegal drugs through targeted arrests and prosecutions. Such efforts are intended to both remove violent criminals from communities and, ideally, deter violent crime. Most of these targeted drug law enforcement efforts have been place-focused, targeting "hot spots" for homicides and shootings. Within these hot spots, there is often some degree of targeting of individuals believed to be important drivers of gun violence, based on intelligence gathered, individuals' histories of criminal offending, and individuals' criminal associates.In the early 2000s, Baltimore City leadership encouraged aggressive enforcement of drug laws, resulting in the arrests of tens of thousands of individuals for drug possession and drug distribution. However, beginning mid-2007, the BPD shifted its focus to initiatives aimed at apprehending violent criminals and targeting illegal gun possession. We used data from January 1, 2003, through December 23, 2017, to estimate the effects of place-focused policing and prevention initiatives that were focused on criminal offending involving guns and/or drugs to estimate the effects of those interventions on homicides and nonfatal shootings. An overview of the specific interventions assessed in this study follows. 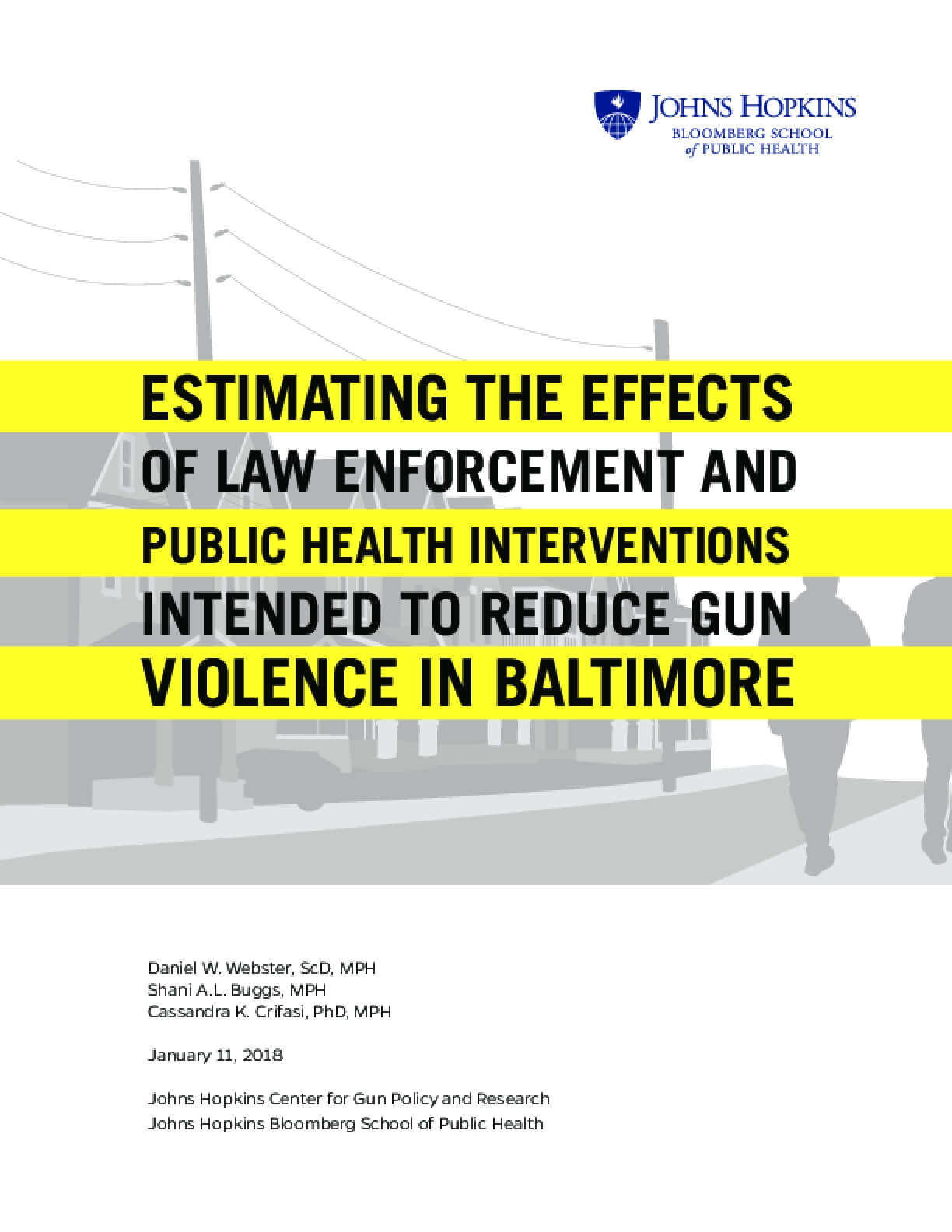