Food hubs are businesses or organizations that actively manage the aggregation, distribution and marketing of source-identified food products. Food hubs also operate within their own expressed value sets, and these values guide any additional activities that a food hub may undertake. In theory, food hubs may serve to provide much-needed, size-appropriate infrastructure and marketing functions for local food produced by small and midsized producers. However, the impact of food hubs has only recently been studied, and there is a lack of aggregated information on many of the characteristics of active food hubs. The 2013 National Food Hub Survey was conducted to collect this information from a broad sample of food hubs. Findings from the survey showed that food hubs across the country are growing to broaden the distribution infrastructure for local food. From the survey, 62% of food hubs began operations within the last five years, 31% of food hubs had $1,000,000 or more in annual revenue and the majority of food hubs were supporting their businesses with little or no grant assistance -- including food hubs that identified as nonprofits. Financially, the most successful food hubs tended to be for-profit and cooperative in structure, in operation for more than 10 years and working with a relatively large number of producers. The values-based nature of food hubs makes it hard to judge many of them solely on their level of financial success. The survey also revealed a number of persistent challenges and barriers to growth that even the most financially successful food hubs faced. For example, many food hubs indicated their needs for assistance in managing growth and identifying appropriate staffing levels for their hubs. They also often pointed to their need for capital and other resources to increase their trucking and warehousing capacity. 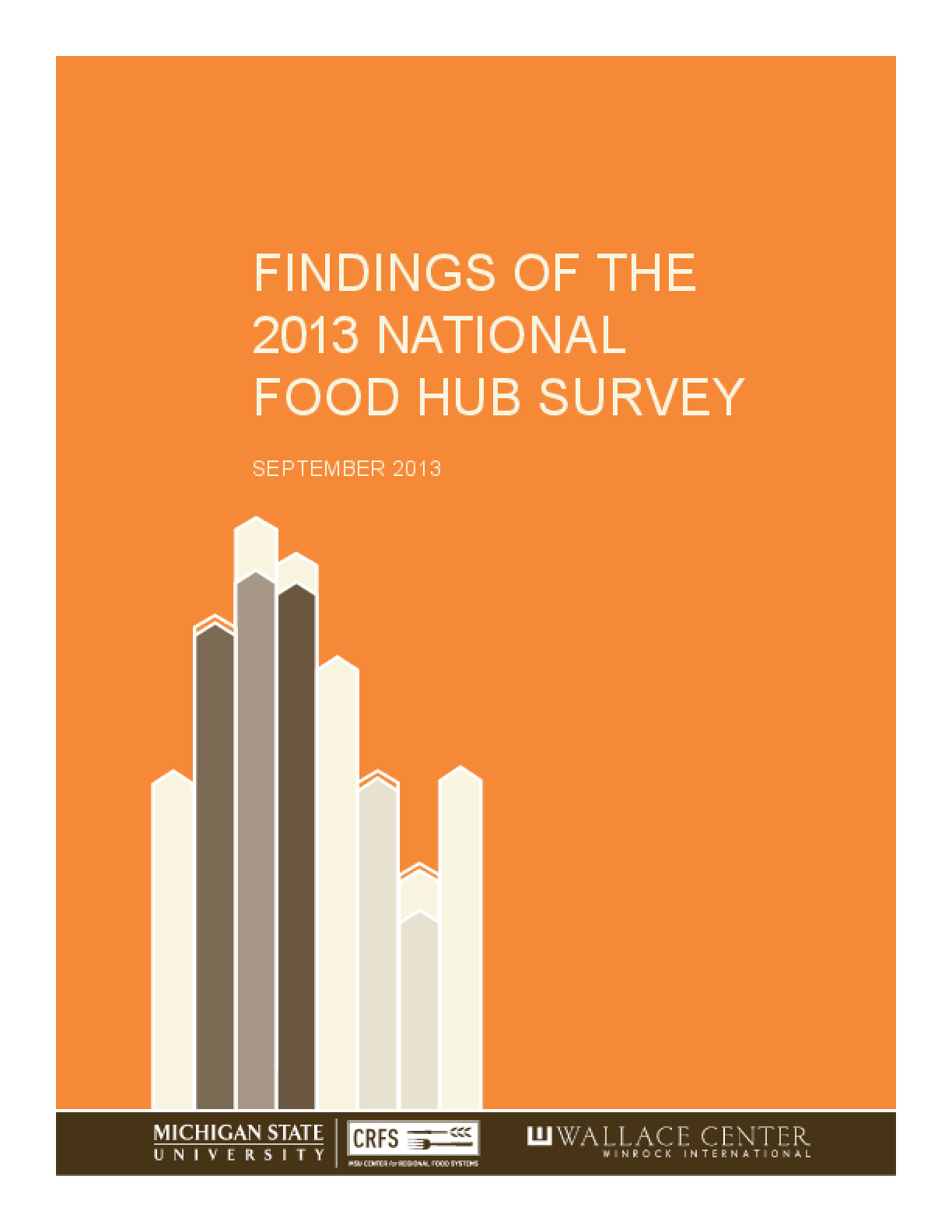